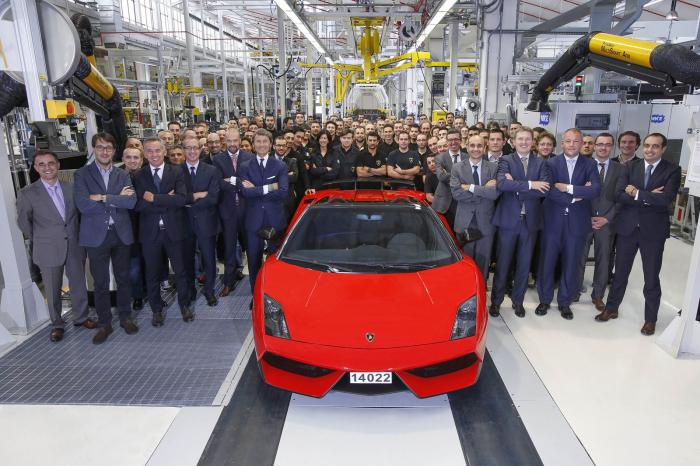 Lamborghini has just finished building the very last Gallardo supercar at its factory in Sant’Agata Bolognese, Italy. The Gallardo exits the company’s showroom as the most popular Lamborghini ever produced. 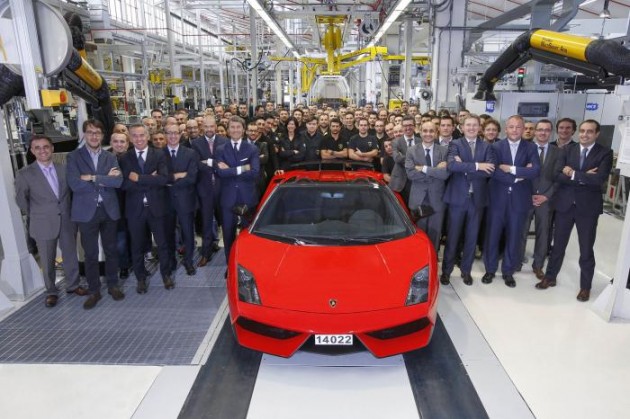 Despite being a highly exotic and exclusive supercar, Lamborghini produced 14,022 examples of the V10 stunner in the nameplate’s 10-year lifespan. This is around 2000 units per year; more than any other Lambo in history.

The car has been so popular in fact the total sales figure accounts for almost half of all Lamborghinis produced since the company was set up back in 1963 (30,000 in total). Will the Gallardo’s replacement be as popular? Only time will tell we guess.

Lamborghini has been rather hush-hush about the new model, slated the ‘Cabrera’. It is expected to come with a V10 engine, however, power is likely to be lifted while the car’s kerb weight will probably be considerably lower. All will be unveiled some time in 2014.

As for the final Gallardo ever made, it’s a Rosso Mars red Gallardo LP 570-4 Spyder Performante. These are pretty much at the pinnacle end of open-top Gallardo performance, featuring a 5.2-litre V10 producing 419kW. The car has been sold to a private collector.