Is Ferrari back to sending out not-so-subliminal messages again? It’s president, Luca di Montezemolo, made some rather disconcerting comments recently, leaving some question of doubt that the company could leave Formula One if amendments to the rules weren’t made. 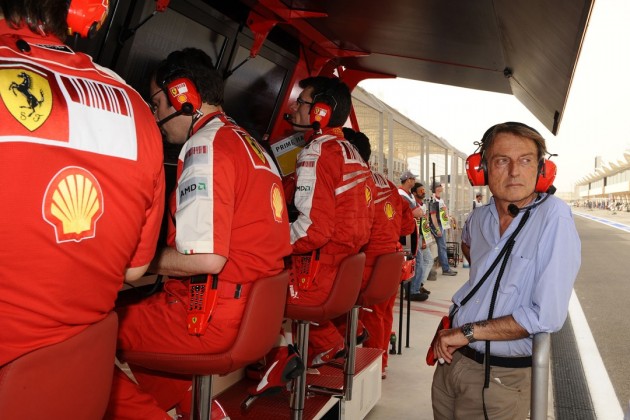 At a recent Ferrari Mondiali event, the Ferrari president said that he didn’t like the way Formula One was heading, saying that it was all about aerodynamics and other factors,

“What is not so good is that 90 per cent of performance is now based exclusively on aerodynamics. Another negative is that ours is the only sport where no testing is allowed. We are building cars, not helicopters, rockets or planes.”

He then went on to mention that Ferrari could pull out of the game if it wanted to,

“Formula 1 is still our life, but without Ferrari there is no Formula 1, just as without Formula 1 Ferrari would be different.”

Understandably, the comment was taken as a bit of an ultimatum. While others take it as a bit of a cry from the Italian marque, since it hasn’t been winning many races this season (just one in fact, all year). Montezemolo added,

“We race not just for the publicity it brings us, but above all to carry out advanced research aimed at all aspects of our road cars: engine, chassis, mechanical components, electronics, materials and aerodynamics, to such an extent that the technology transfer from track to road has grown exponentially over the past twenty years.”

Ferrari’s own the Horse Whisperer column then gave its reassuring words that what the president said was not intended to be a threat or ‘ultimatum’ of sorts, covering it up by saying,

“Montezemolo’s observations were seen by some as a sort of ultimatum or even a threat to leave Formula One, but the Whisperer can assure you that it was nothing of the kind. For starters, the words ‘leave’ or ‘ultimatum’ did not even feature in his pronouncement, but what really needs to be stressed is that Montezemolo spoke in a totally constructive fashion, which is usually the case with the president of a company that has always been in Formula One and who has the future well-being of the greatest form of motorsport so close to his heart.”

But in a kind of ‘Fernando is faster than you. Can you confirm you understood that message’ moment, Montezemolo said towards the end of his announcement that,

“If Formula 1 still wants Ferrari it must change and go back to being at the cutting edge of research, while always keeping an eye on costs.

“We are not in F1 as sponsors, we are constructors.”

What do you make of it? Is Ferrari about to leave F1? Is the company just having a bit of a sulk for not coming first anymore? Or is Ferrari onto something here with all the rules and regulations? Let us know what you think below.