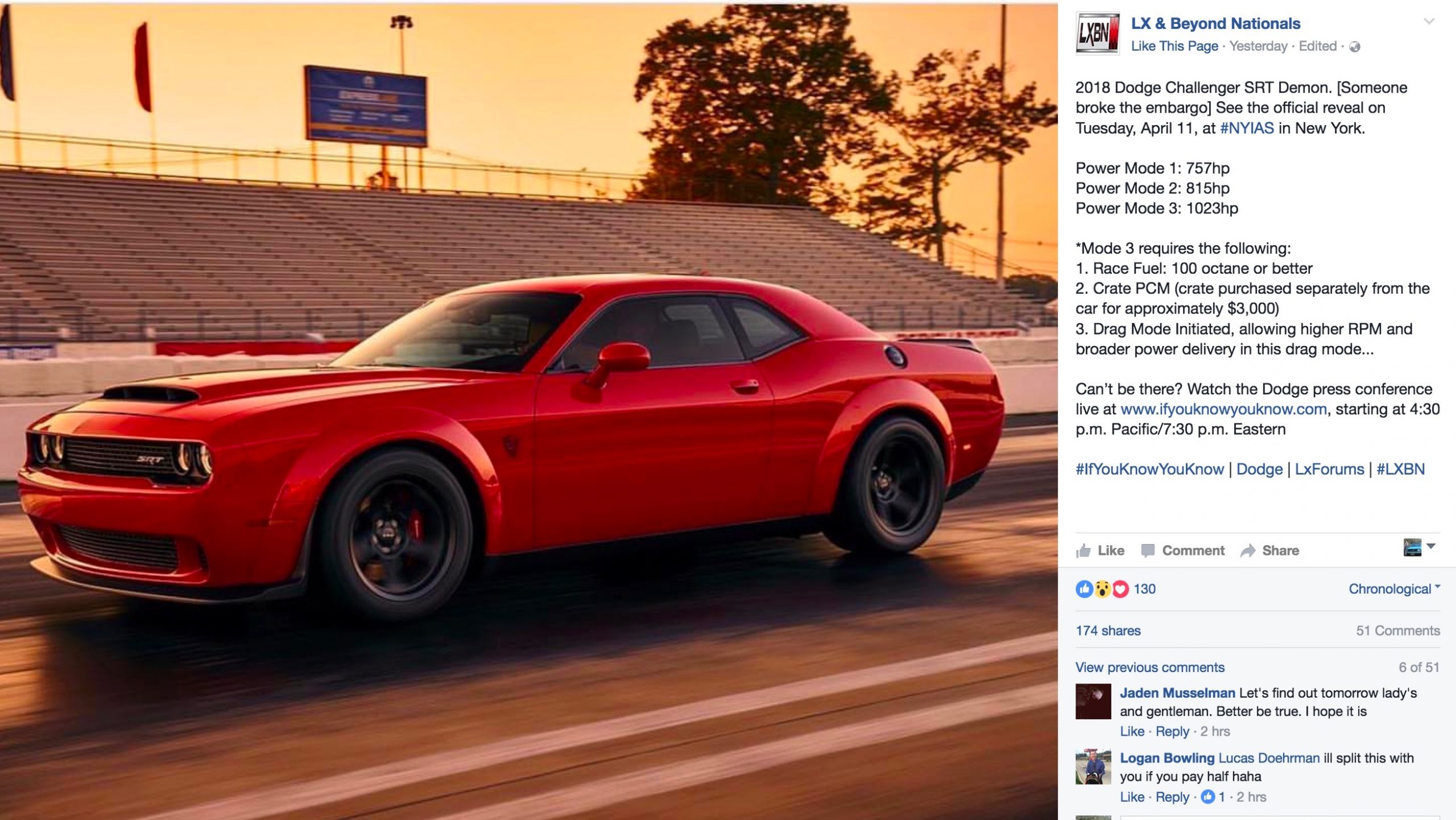 Some juicy details of the soon-to-be-revealed Dodge Challenger SRT Demon have apparently been leaked out ahead of an official embargo, with suggestions that it might offer up to 1023hp. 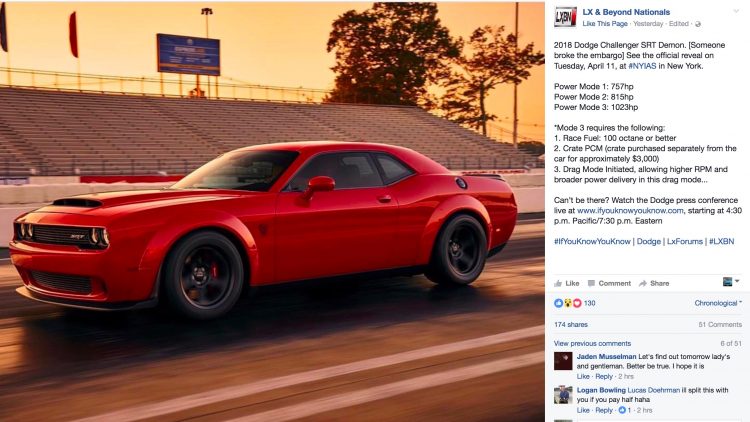 We already know what the SRT Demon will look like, and we know it will be a serious performer on the drag strip, coming equipped with various bespoke technologies including some aftermarket-like stuff such as a TransBrake. But until now we’ve all assumed there will be only a small increase in power from the engine.

According to an LX & Beyond Nationals Facebook post, the Demon will be offered in three power modes. The first mode is set to offer 757hp (565kW), which is a slight bump up from the regular SRT Hellcat (527kW) and it makes earlier speculation about the figure ‘757’ clearer.

Moving up to Power Mode 2, it’s set to see 815hp (608kW) being twisted through the driveshaft, while a final all-in Power Model 3 will apparently take the 6.2-litre supercharged V8 to 1023hp (763kW). It’s understood these different outputs will require certain things, such as 100-octane fuel for the third mode.

If these details do turn out to be correct, the Demon will become the most powerful production muscle car on the market. It’s also set to become one of the quickest production cars down the quarter mile, with hints that it will step into the 10-second zone quite easily. We can’t confirm if the 10-second time is even in this rumoured ‘Mode 3’.

We don’t have to wait long until all is revealed in any case. The New York auto show starts tonight (Australian time). You can also watch the countdown clock on the special Dodge website called ifyouknowyouknow.