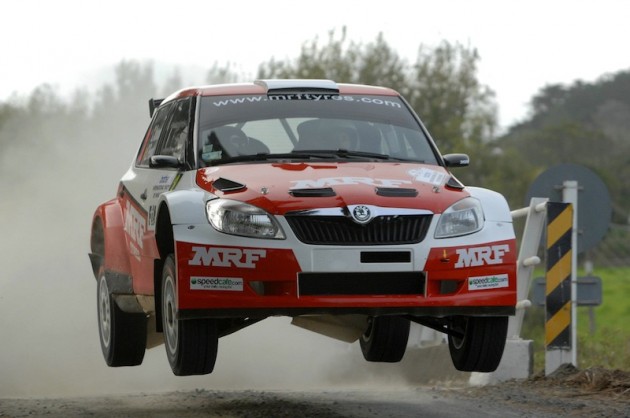 Atkinson’s Skoda team-mate Gaurav Gill is leading the event with Proton driver Alister McRae just 12 seconds back in second.
The World Rally Championship driver was delighted with taking out the title after coming so close in 2011.

“So stoked to be crowned 2012 Asia Pacific Rally Champion today!” Atkinson told his Facebook fans. “Finished third for the day but is (sic) all we needed to win the championship.

“A massive thanks to all the guys at Race Torque, ŠKODA Australia, Brakes Direct, MRF Tyres, the FIA APRC and of course all my fans out there!!

“This is my first major international championship win and I’m wrapped to pick up the APRC title here in China. Thanks again everyone for the massive support.”