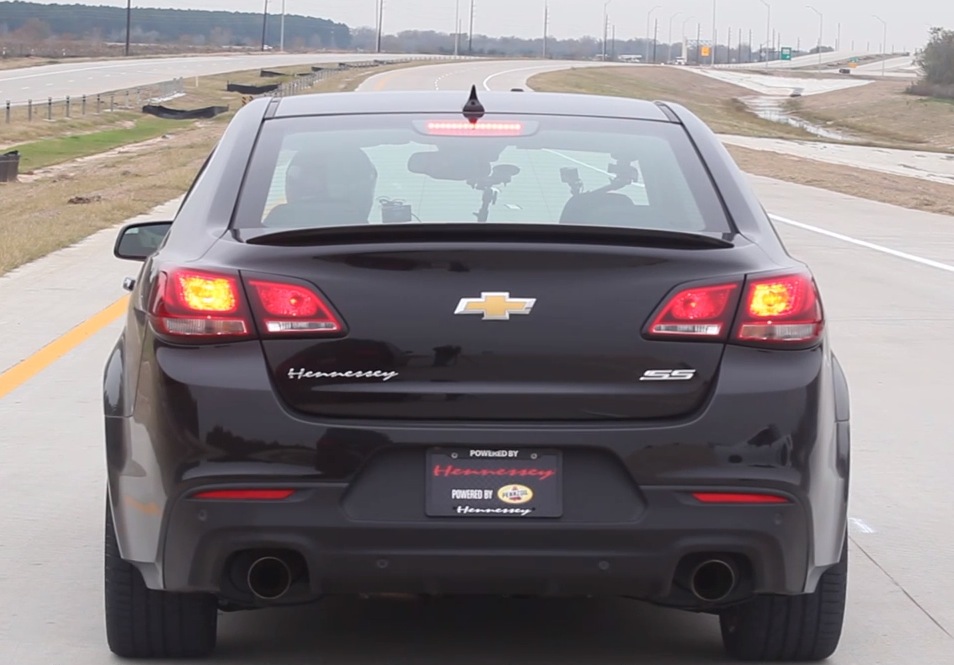 Hennessey Performance has released a package for the Chevrolet SS – the US version of the local Holden Commodore SS – called the HPE600.

Output figures haven’t been released but judging by the ‘600’ we’re guessing it offers 600hp (450kW). The package comes with a high-flow induction and intercooler setup, engine computer revisions, and an exhaust and supercharger tweak.

Here we see how the beast performs a top speed run, hitting 262km/h. Hennessey says the car is only able to hit 262km/h due to the limit on the factory six-speed transmission only allowing a top speed in fifth gear.