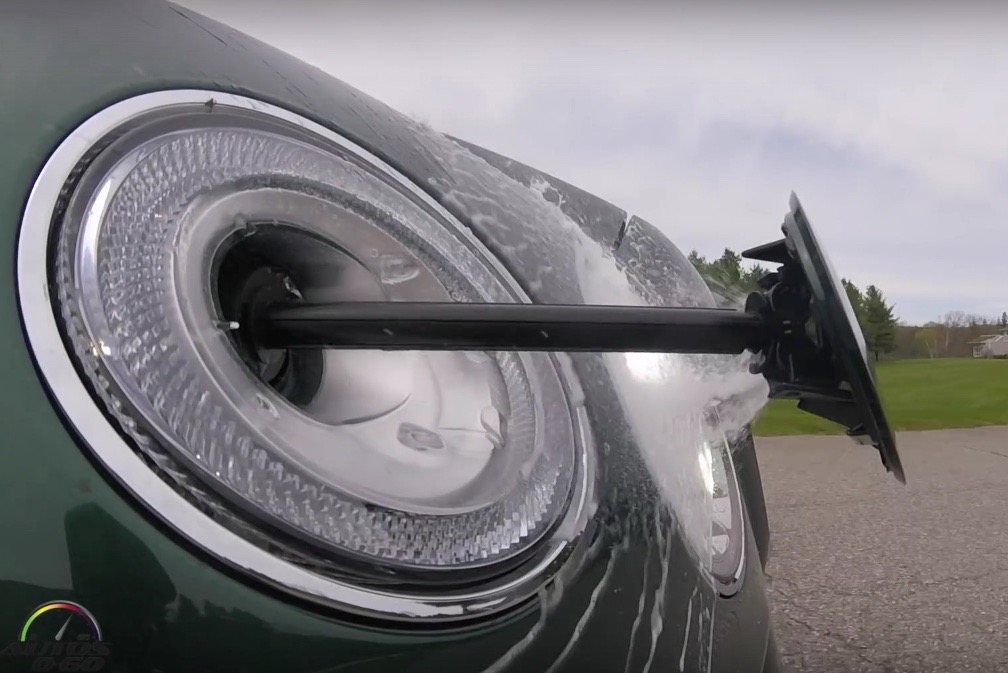 The Bentley Bentayga is the grandest and most luxurious SUV currently on the market. So, as you would expect, every single detail is a little masterpiece of engineering.

How about something as minuscule as headlight washers? Yep, Bentley has made sure even its headlight washers are an extravagant event. A video has surfaced on the ‘Tube showing us how the clever system works. Check it out below.

As previously reported, the Bentayga comes with a new 6.0 TSI W12 engine producing 447kW and 900Nm. It’s able to conquer 0-100km/h in just 4.1 seconds. We’ve heard reports of a more potent ‘Bentayga Speed’ being in the works for those who want more.