‘Coop’, or ‘coop-ay’. No matter how you pronounce it, coupe sounds like a fancy French vehicle where you shift gears through the French countryside to the chateau where you drink the finest pinot noir. Coupes are generally considered to be the sedan’s sportier cousin, and there’s quite a bit of variation within the class.

SAVE ON A NEW COUPE

Looking to buy a super fast and very exclusive front-engined super sports car from a...

Audi has revealed a sporty Sportback version of one of its popular performance SUVs, with...

Toyota GR Yaris Rallye on sale in Australia from $56,200

Toyota Australia has confirmed it will be launching the new GR Yaris Rallye edition with...

Ferrari has presented a new track toy for the more discerning driving enthusiasts out there,... 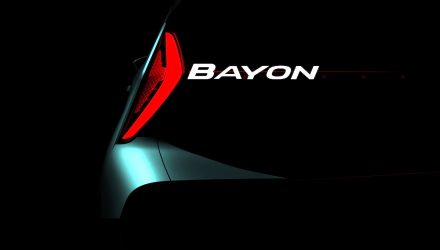 Hyundai is planning another SUV for its lineup called the Bayon, which is set to...

The DeLorean DMC-12 is a car embedded in folklore for a variety of reasons. Firstly,...

Hot on the heels of strong sales, the 2021 Ford Ranger Wildtrak X dusts off...

There are still a handful of enthusiasts who reject the idea that an electric car...

A special Final Edition of the outgoing 2020 Subaru Liberty has been announced for Australia...

Alpina has sent out some official teasers of its upcoming B8 Gran Coupe model, based...

If you’re looking to buy a new coupe in Australia, we can help you get a great deal! Thanks to our relationships with and access to a nation-wide network of car dealers, we are able to offer an online car buying service that is simple and easy to use, and which will save you money.

The Porsche 911 Turbo is a proper legend of the motoring world. It’s been around...

Meet the incredibly powerful and respectfully ridiculous Ford Mustang R-SPEC. This is a special creation...

If you’re in the market for a thoroughbred track car that’s road legal, Porsche is...

Yes, we know what you’re thinking. Why would you buy a four-cylinder muscle car? Well,... 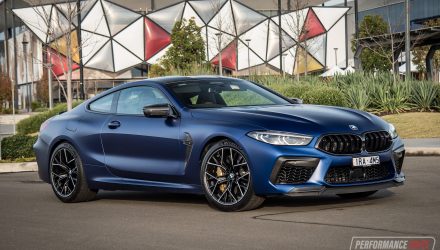 Say hello to the mack daddy of all BMW M cars (except maybe the classic... 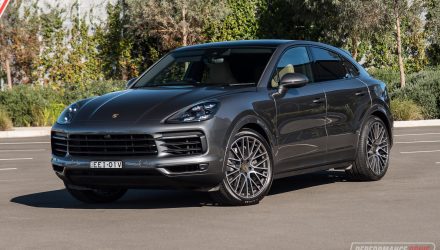 If you told us 30 years ago that Porsche would one day be offering not...

Just before you get to the ludicrous X6 M Competition, you’ll swing past this. And... 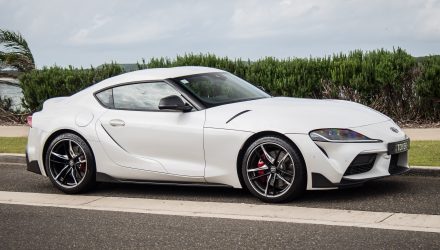 A sweet-sounding inline six with more than enough power, a sick two-door coupe design, and... 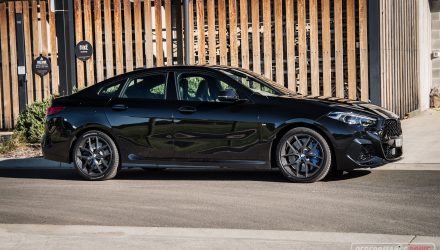 BMW steps into the small four-door coupe segment for the first time with the all-new... 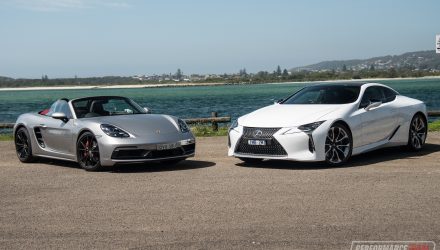 BUY A COUPE & SAVE MONEY IN 4 EASY STEPS

What is a coupe?

Put simply, a coupe is a car with two doors, and a closed-off trunk. This is the strict definition of a coupe. However, in recent years, various manufacturers have been more liberal with the name to call any type of sloped-roof sedan a ‘coupe’. A coupe is two doors. That’s it, no if ands or buts. A coupe can have two, four or five seats at a pinch, and includes anything from sports cars to more luxury, grand-touring-type vehicles. Popular makes include the Mazda MX-5, Subaru BRZ, Toyota 86, BMW 1 and 2 Series, various Mercedes SLK series and much more.

What is a gran coupe?

What were we talking about earlier? A coupe is strictly two doors. However, ‘gran coupe’ stretches the definition a bit, and is the definition of a car that has four or potentially five doors. It’s thought that BMW coined the term ‘gran coupe’ and generally refers to any sporty-type sedan with a sloping roof. This cuts down on headroom for the rear passengers, but four or five people can still fit in a pinch.

Fastback vs coupe: what’s the difference?

Speaking of five doors, the difference between a fastback and coupe is that a fastback is technically a third or fifth door. It’s a hatch-style coupe, where instead of a traditional boot, the trunk opens up somewhat like a hatch. This provides easier access to the rear cargo area. Fastbacks were popular back in the 1970s and have recently resurged in popularity. Popular fastback models include the Honda Civic coupe, Lexus LC, Tesla Model 3, and Kia Stinger. Fastbacks can be either two or four door varieties.