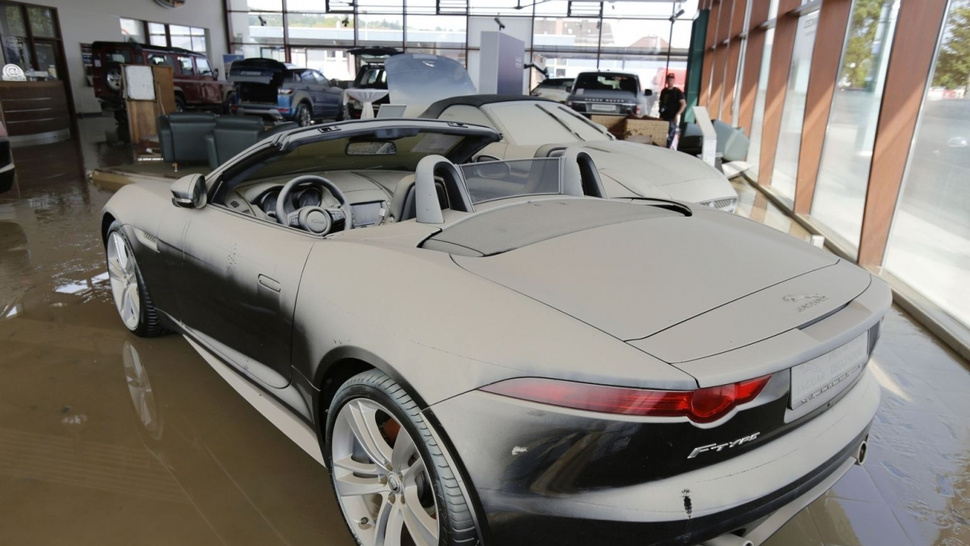 A number of brand new Range Ranger and Jaguar vehicles have been completely destroyed in a showroom in Germany as a result of recent flooding. Cars ruined included a number of spanking new Jaguar F-Type convertibles. 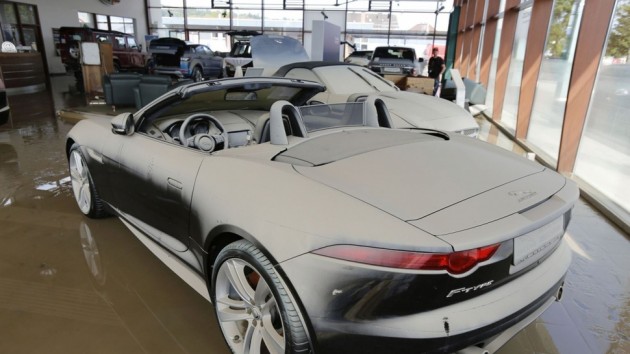 As you can see in the images, this particularly showroom has been inundated with water, with mud and muck drenching at least two F-Types, as well as a number of other luxurious high-end Jaguars and Range Rover vehicles.

Although most of the cars appear to be fine, aside from a little dirty on the outside, water has a tendency to completely ruin most of a vehicle’s electrical system. This then requires huge procedures to rebuild and clean out all of the detailed areas, often leading to a write-off. 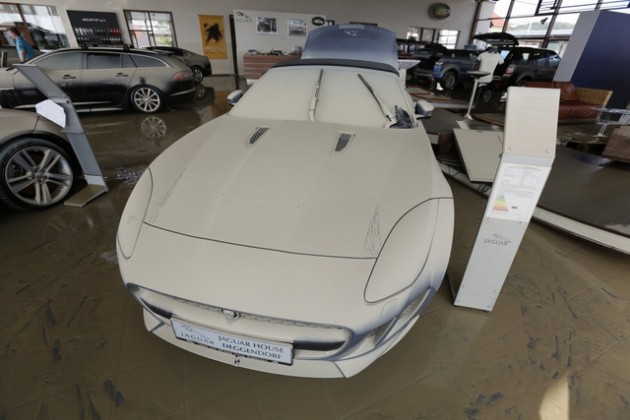 In Europe, the F-Type has only just gone on sale and it has been a big sales hit already. It’s understood half of the 2013 production is already sold out.

It’s a shame a few potential owners missed the opportunity to save these from being destroyed.

The F-Type will arrive in Australia in a few months.