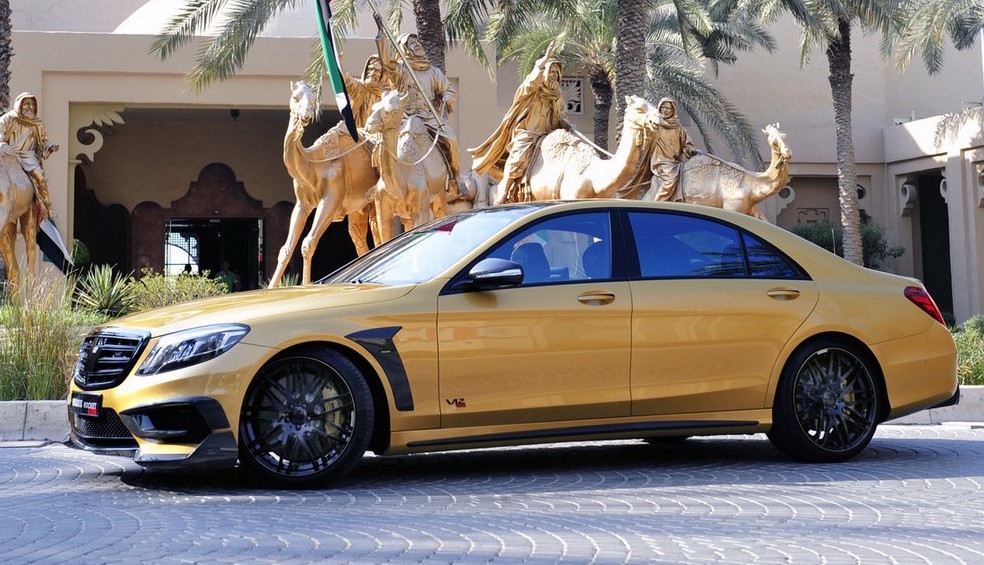 Showcasing the pinnacle in flamboyance and expense, BRABUS has unveiled a special and very exquisite project car at the Dubai Motor Show. It’s called the Rocket 900 Desert Gold Edition. 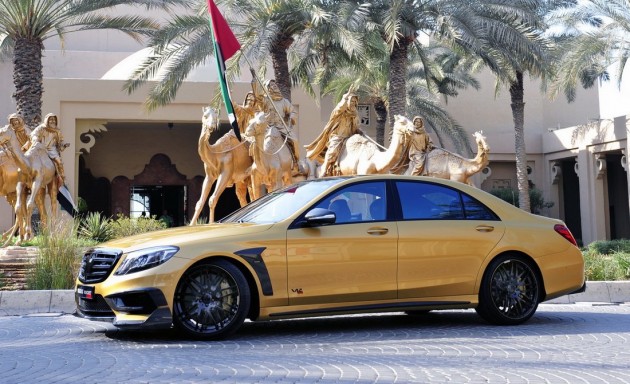 Based on the flagship Mercedes S 65 AMG (what else?), the BRABUS Rocket 900 comes with an extensively tuned and tweaked engine. The 6.0-litre twin-turbo V12 is expanded to 6.3 litres, for starters.

Thanks to unique turbochargers, engine computer, manifolds, and various other custom components, the unit sveltely pumps out 662kW (900PS) and 1500Nm. Torque is so huge BRABUS has actually limited the output to 1200Nm.

Despite being a large luxury-focused limousine, the land yacht can cover 0-100km/h in a supercar-like 3.7 seconds. Acceleration isn’t really its forte though, it’s more about speed. And flat out, it’ll cover 0-200km/h in 9.1 seconds, with a top speed over 350km/h.

Aside from the monster engine, the Rocket 900 Desert Gold Edition features, you guessed it, a special gold paintjob. There’s also 21-inch F Platinum alloy wheels, in black, and a variety of carbon fibre aero parts to provide the fashionable contrasting theme.

Inside, it’s all about luxury and exclusivity. The unique upholstery features various gold trimmings, with more gold on the dash and door cards. As with all of its packages, BRABUS can fully customise the interior with an assortment of plush materials and colour options to suit each buyer’s preference. 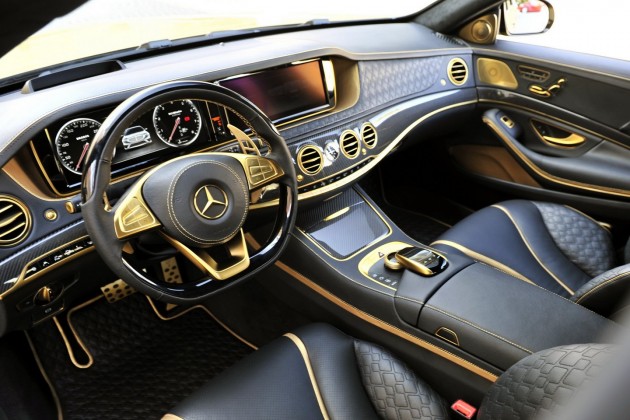 If you want to stand out in a place such as Dubai, where supercars are common, this is certainly one option that is sure to command respect from anyone near it.