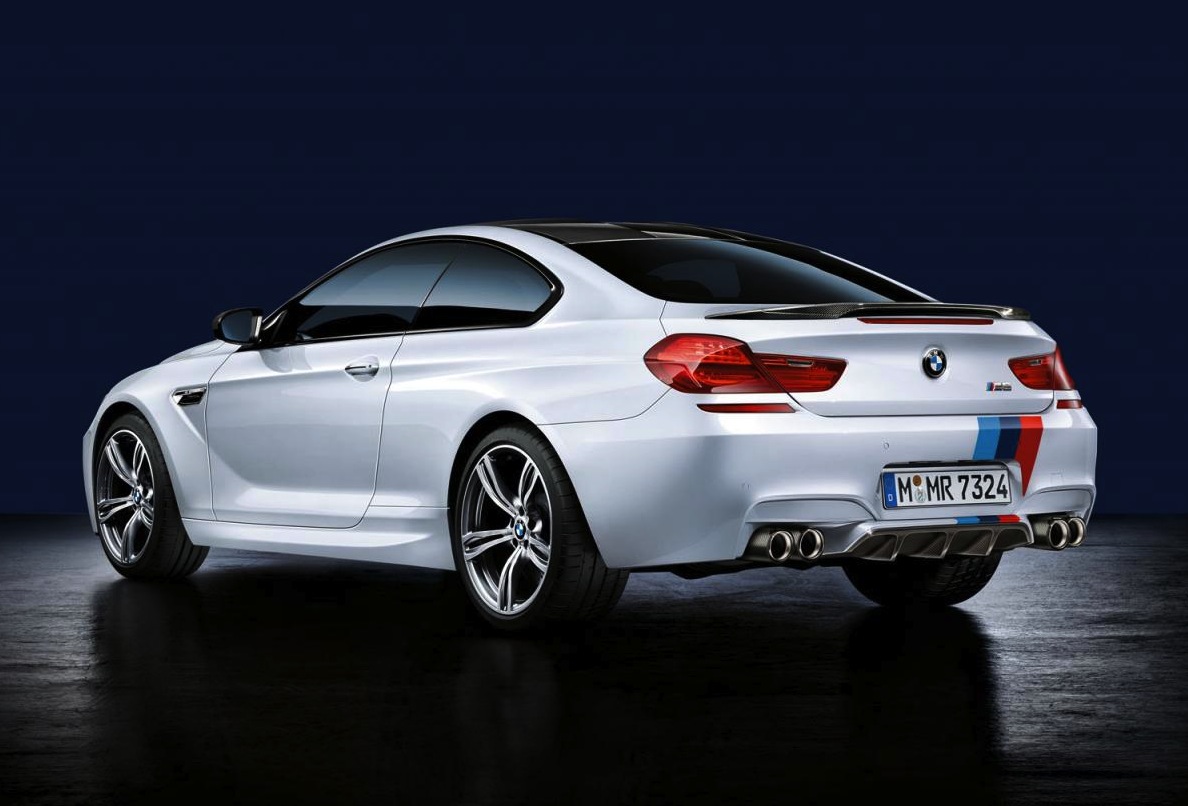 If the regular BMW M5 and M6 aren’t sporty enough for you, or you’d simply like some more distinctive features, M Division has just revealed its latest range of M Performance accessories for the high performance models. 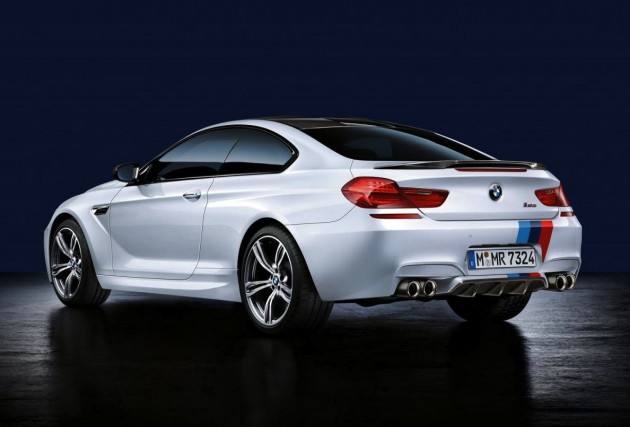 Following in the steps of other M Performance accessories released for other BMW models, the additional highlights give the cars some extra visual appeal and improved performance in some cases.

Starting with the visual side of things, accessories include a new, chunkier carbon fibre rear diffuser, carbon fibre side mirror caps, and a carbon rear lip spoiler. There’s also a set of factory colour stripes which can be had, a black front grille, and a matching set of side skirts. 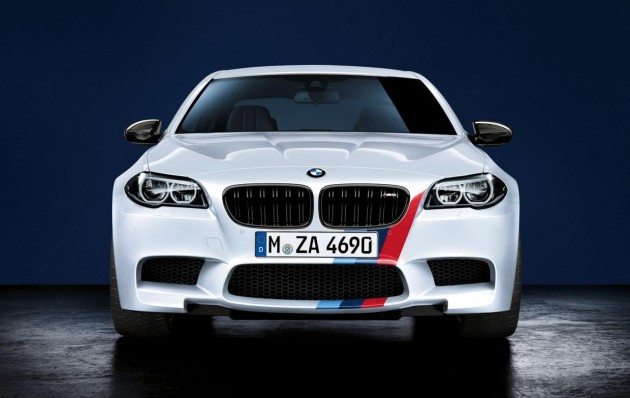 In terms of mechanical changes, options include a titanium Akrapovic exhaust system which is 10kg lighter than the standard item, while the wheels can be swapped for lightweight 20-inch M items.

Behind the wheels, buyers can also opt for a 410mm front and 396mm rear carbon ceramic brake package for increased stopping performance, saving 19.4kg over the regular items. The discs are clamped by huge six-piston front calipers. 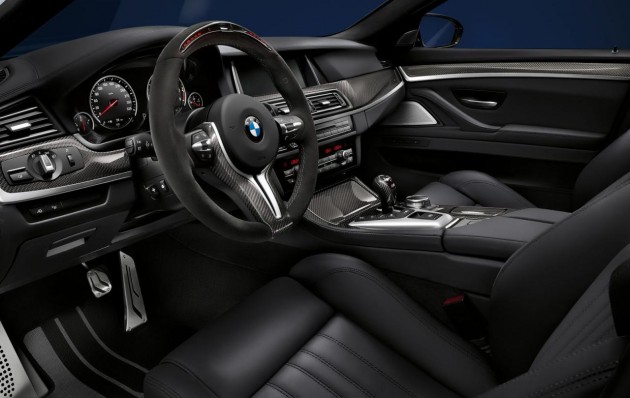 Inside, a whole host of mouth-watering features can be fitted to the interior, with special M Performance floor mats, a unique carbon fibre steering wheel, carbon trimmings for the dash and centre console, and awesome alloy pedals.

Such tasty features can be fitted to the BMW M5 and all variants of the M6 (Coupe, Convertible, Gran Coupe).