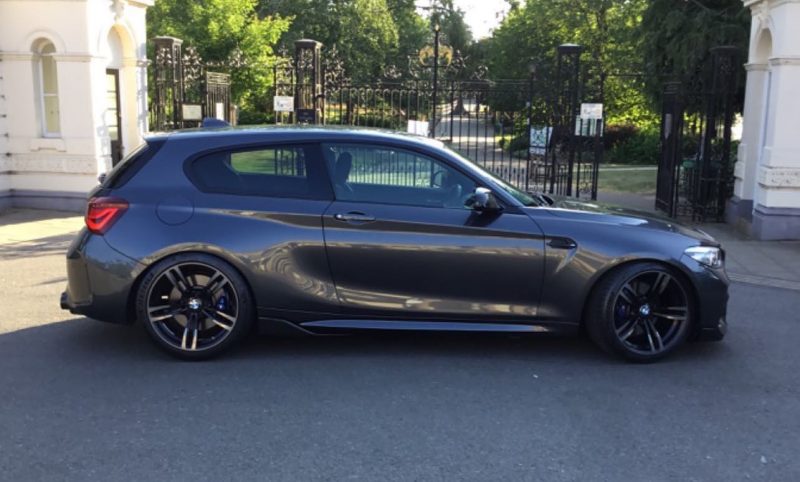 This is a must-see. It’s a custom BMW M2 shooting brake, using the previous-gen M140i hatchback as a base. It is, needless to say, one of the coolest things we’ve ever seen done to the popular sports car. The BMW M2 is already regarded by many as the bee’s knees of modern driver’s cars. However, it is only available as a two-door coupe. There’s no convertible and certainly no station wagon available. However, BM & MINI UK Group, a parts specialist, has come up with an idea to expand its appeal.

Starting with the M140i hatchback, the workshop has crafted the M2’s front end including the widened wheel arches and wheels. The doors and muscular rear guards are also modified and borrow elements from the M2. Even the rear bumper bar is beautifully crafted to both look like the M2 but also ensuring it blends seamlessly with the hatchback lid and C-pillar. This merging of panels doesn’t come easy. The builders had to graft the rear quarter panel to blend up to the C-pillar and roof, however, the M140i hatchback door remains as it was from factory. The side sills and all of the front end is swapped for M2 parts.

While it would be nice to have the M2’s running gear, at this stage of the project the M2 shooting brake retains the 3.0-litre turbo inline-six B58 engine. In its last model years the powertrain developed 250kW and 500Nm, which is hardly soft in any case. Although, the latest M2 Competition’s S55-based twin-turbo inline-six would be a riot.

It’s understood once the project is finalised the garage is hoping to offer conversion kits for customers. Feel free to tell us what you think in the comments below – would you be interested in one? And head over to the BMW & MINI UK Group Facebook page for more details.