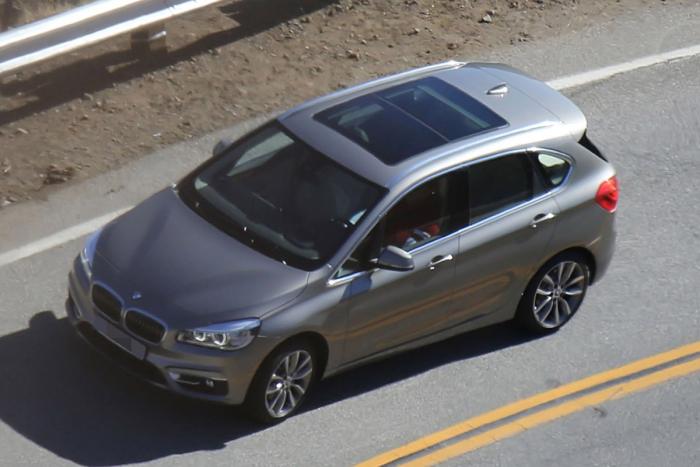 A pre-production version of BMW’s first ever front-wheel drive model has been spotted undergoing a photo shoot. Called the BMW 2 Series Active Tourer, the compact MPV is inspired by the concept of the same name. 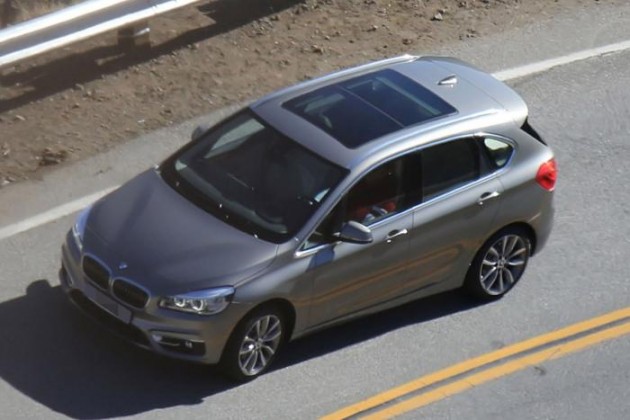 The Active Tourer concept was revealed earlier in the year showcasing BMW’s intent to offer a product for the compact MPV market segment, similar to Mercedes-Benz’s B-Class only a little smaller.

Specific engine lineup details are yet to be announced, however, the company’s recent 1.5-litre turbocharged petrol three-cylinder is likely to be in the mix somewhere offering between 90kW and 165kW.

Diesel options are also likely, with outputs potentially stretching to 135kW with a ‘220d’ variant. 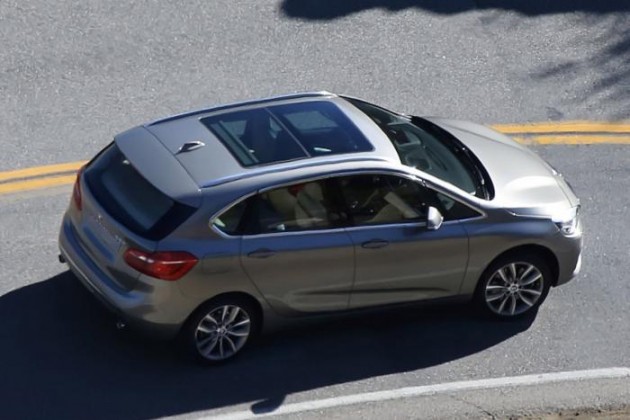 As for the styling, well, as you can see via these images which have surfaced online, the 2 Series Active Tourer will present BMW’s latest design language at the front, while the main body is tall to provide maximum cabin space for the compact segment.

A public debut is set to take place at the 2014 Geneva Motor Show in March. Here we see the car undergoing an official photo shoot, which means an online reveal might take place soon.