According to reports from the BBC in the UK, Ferrari is aiming to sign up world champion driver Sebastian Vettel from Red Bull Racing for the 2014 season. 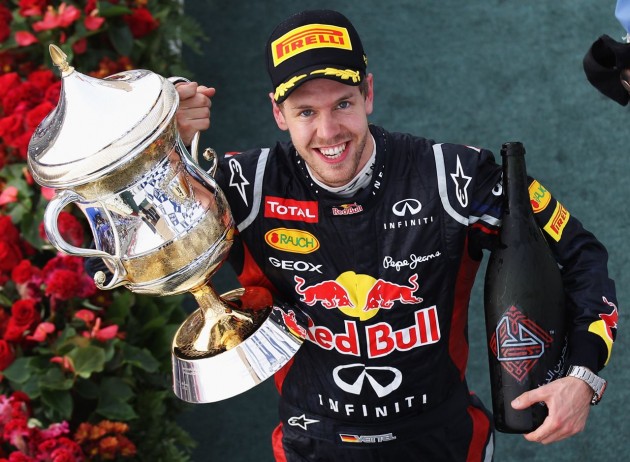 The famous team will reportedly give Felipe Massa one more season after his return to form of late, including a fourth place in Sunday’s Korean Grand Prix.

Red Bull team boss Christian Horner quashed the rumour, telling BBC Sport that Vettel “without a shadow of doubt, will be part of the Red Bull Racing team in 2014.”

Ferrari president Luca di Montezemolo also denied the speculation and said having two championship-fighting drivers in the one team could bring problems to the prancing horse who has famously given preference to one driver such as Alonso and former Ferrari world champions Kimi Raikkonen and Michael Schumacher.

“Today the problem is not with drivers. 2013 is still to come but I don’t want to have two roosters in the same hen-house, rather two drivers who race for Ferrari and not for themselves,” Montezemolo told RAI radio in Italy.

It’s expected to be announced soon that Massa will sign a one year extension with the Italian team.

“There’s no doubt that confirming Massa was unthinkable midway through the season, but he is now giving us what we expect of him,” he said.

“Tomorrow we’ll talk and then we’ll take a decision.

“Massa went very well in Monza and in Japan; he is back. I’ve asked him to come to Maranello tomorrow and we’ll have a long chat.

“I think he has always given a lot to Ferrari and that he has a good relationship with Alonso. I count on him to take points off our rivals.

“It’s true that the car at the beginning of the season had such characteristics that he couldn’t drive it, but I’ve always told him we needed his reaction and from Spa onwards he has begun to go better. He knew he had the team’s full support.”