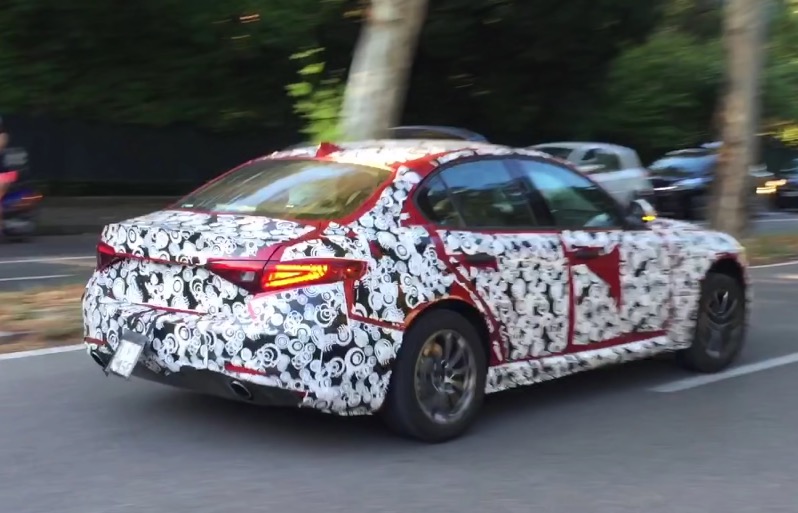 While we’ve seen and heard plenty about the hot new Alfa Romeo Giulia QV performance sedan, details regarding the entry-level models are still under wraps. 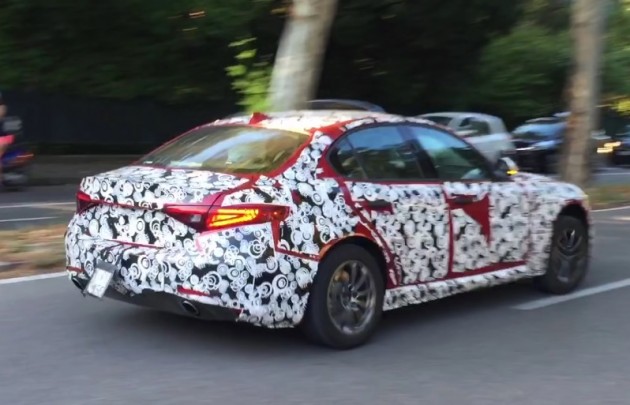 A prototype example of what looks to be a base model variant of the Giulia has been spotted test driving on the streets in Modena, Italy, featuring small alloy wheels. It also does without the aggressive aero highlights seen on the QV version.

The new Giulia is set to be a very competitive model when it’s launched. It’s expected to be offered with a 2.0-litre turbo-petrol four-cylinder, as well as a 2.0- or 2.2-litre turbo-diesel for the more frugal buyers. A 3.0-litre turbo-diesel V6 may also join the range as a top-rung diesel, potentially borrowing the specs from the 176kW/550Nm unit seen in some Chrysler and Jeep vehicles.

With a wide variety of powertrain options it will be able to tackle the likes of the BMW 3 Series and Mercedes-Benz C-Class with the most potential. It will also go up against the Lexus IS and the new Jaguar XE mid-sizer, offering buyers a similarly well-sorted rear-wheel drive profile.

With the Giulia in the showroom, Alfa Romeo sales are set to take a giant leap. The brand has been doing a lot better since partnering up with Chrysler and Jeep, under parent company Fiat. This has resonated in Australia too, with annual sales jumping from 906 units in 2012, to 2373 in 2013, to 2498 during 2014.

The complete lineup including details of all engines will probably be unveiled at the 2016 Geneva Motor Show in March, if not earlier via an online reveal. Market entry is set to take place next year as well, with prices expected to kick off at around the AU$50,000 mark.