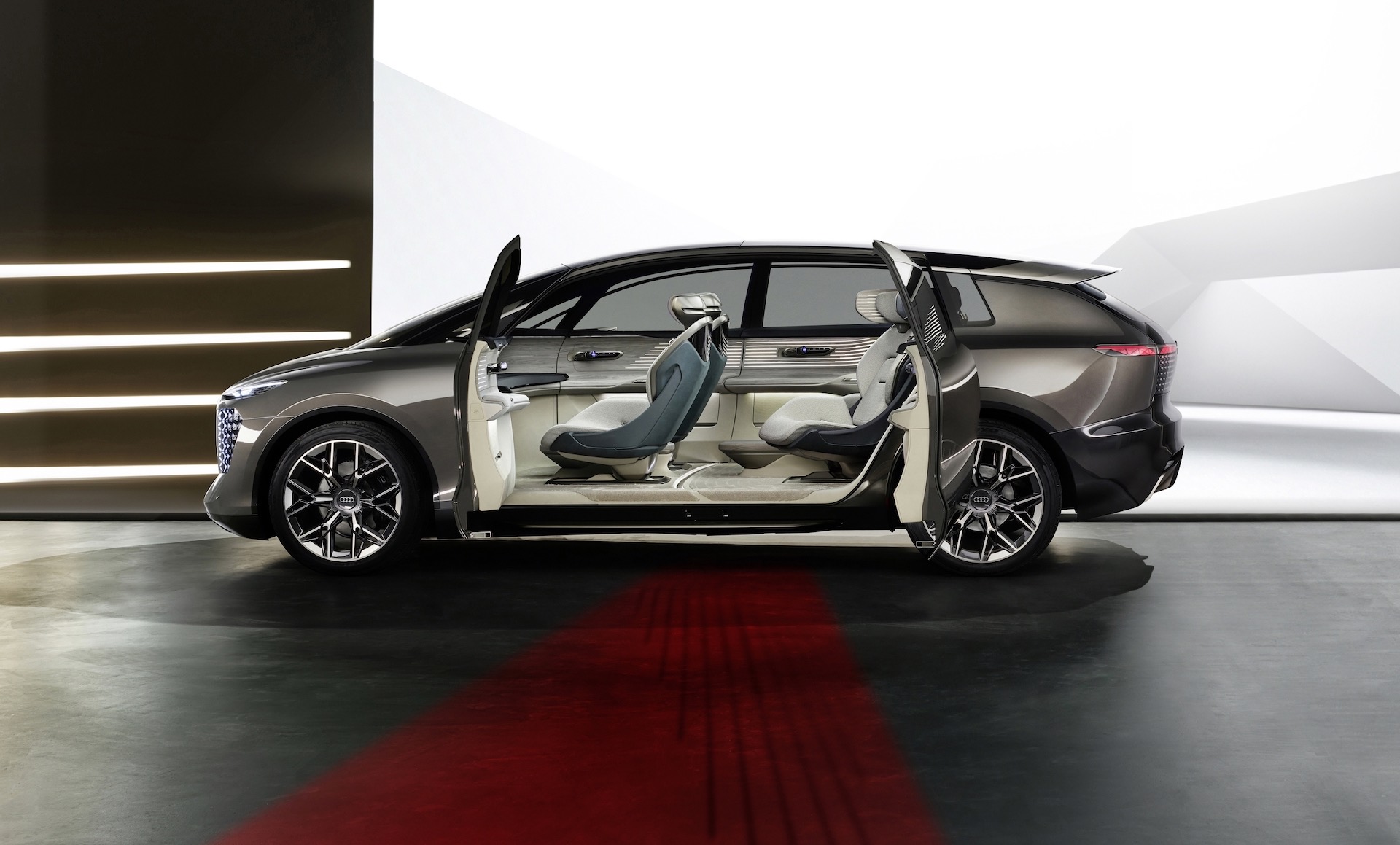 Audi has given us a look at its take on the future of first-class vehicles with the release of a massive four-seat concept called the Urbansphere. 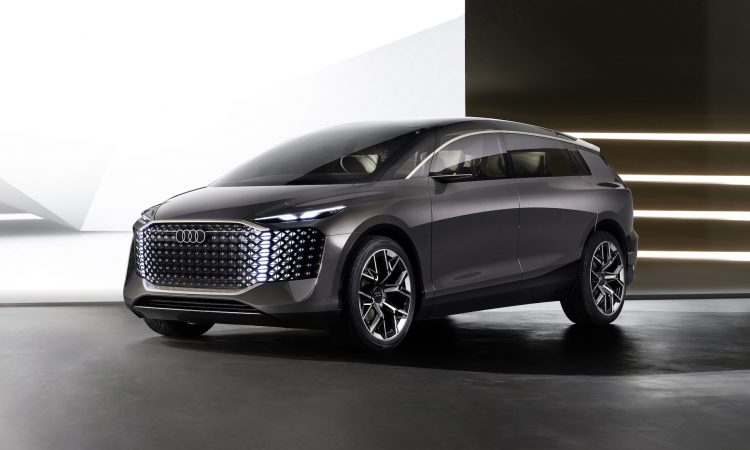 Designed to take the stress out of long commutes in busy city centres, the Urbansphere has been co-developed by its Ingolstadt and Beijing design studios, and even customers in China who were tapped on the shoulder by Audi.

The Urbansphere measures in at 5510mm long, 2010mm wide and 1780mm tall, while offering a 3400mm wheelbase designed for maximum interior space and comfort. 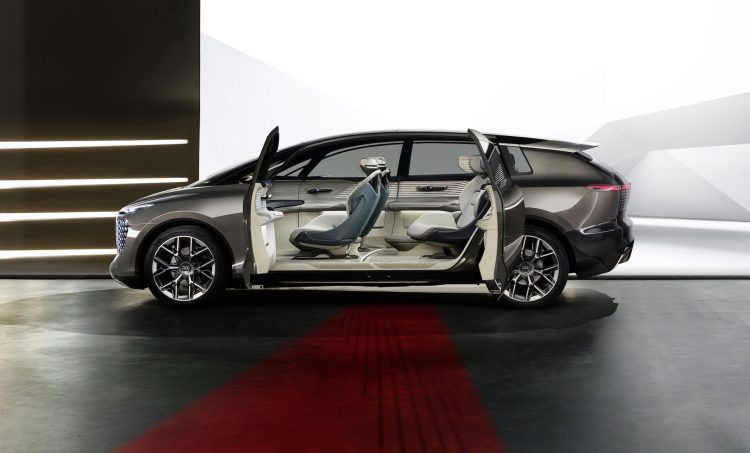 The philosophy behind the Urbansphere is to take the hassle out of commuting, which extends to the removal of the steering wheel from the cockpit in favour of Audi’s level 4 autonomous driving technology.

Audi says that it is working to introduce level 4 autonomous driving technology into its production car lineup in the second half of this decade.

While it might have the proportions of a family-friendly minivan, the Urbansphere is designed as a first-class cabin for just four lucky people, with seats that can recline up to 60 degrees that feature extendable leg rests. 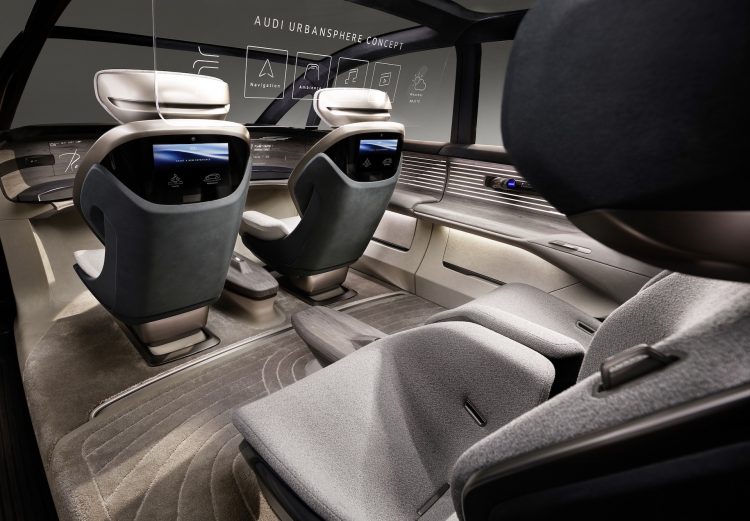 The seats can also be swivelled to face each other, or for those that prefer some privacy they can deploy the extendable privacy screen and utilise the individual sound-zone speakers to listen to their music free from distractions.

There’s also a massive OLED screen that Audi dubs the ‘cinema screen’ that stretches from one side of the cabin to the other.

Under the floor, there’s a huge 120kWh lithium-ion battery that powers a dual electric motor system producing 295kW of power and 690Nm of torque, providing the massive 24-inch wheels with momentum. 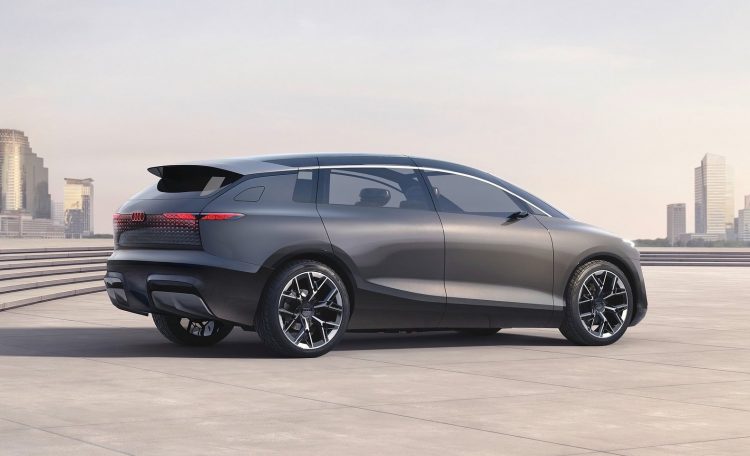 Audi says that the theoretical range of the Urbansphere is 750km, while DC fast-charging can bring the battery from 5-80 per cent in around 25 minutes, or the equivalent of 300km of driving range in 10 minutes.

The Urbansphere concept also features air suspension and rear-wheel steering to ensure your commute from A-to-B is done in first-class comfort.