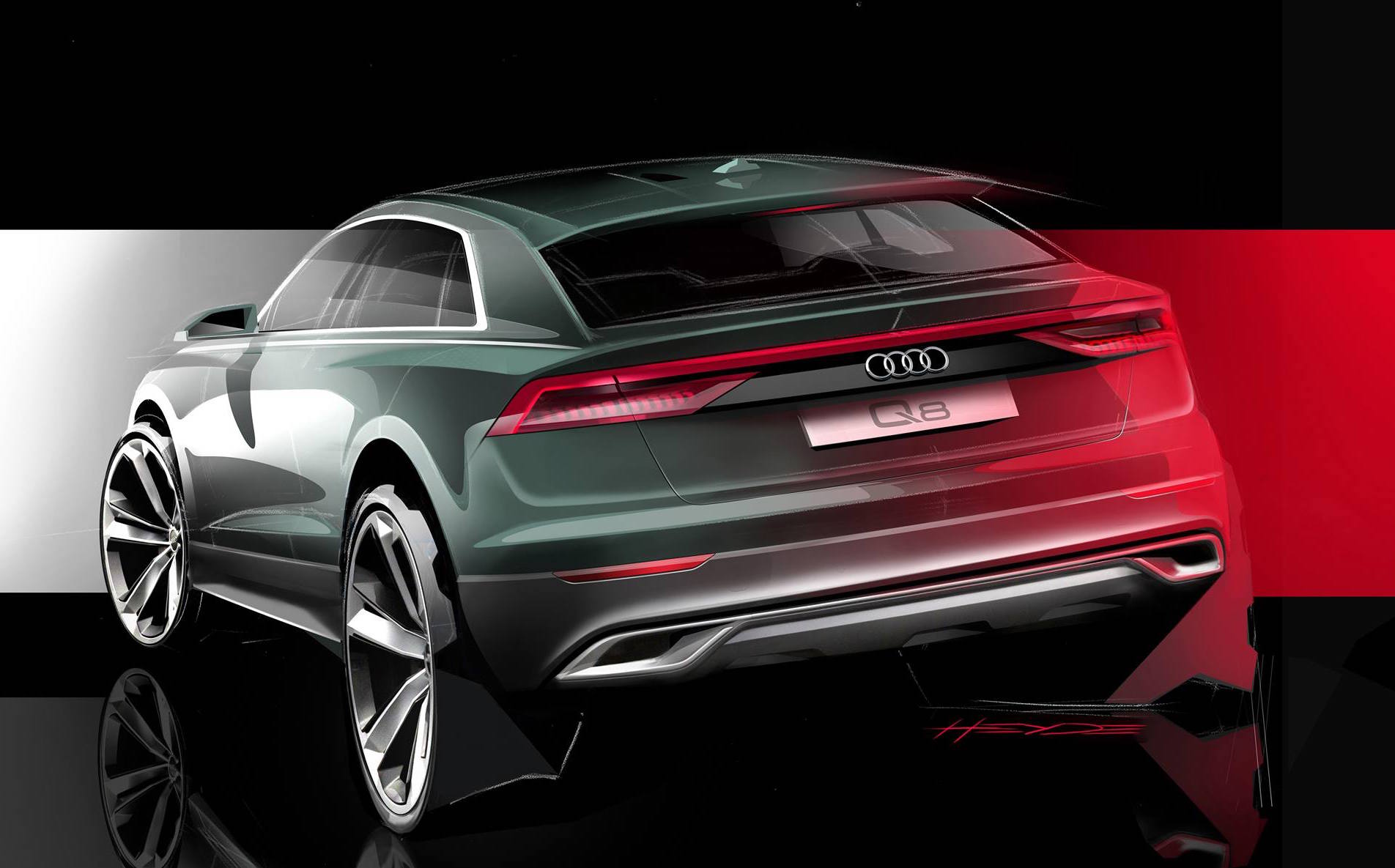 Audi has sent out an official teaser of its upcoming Audi Q8 SUV, which will come in as Audi’s first proper attempt at the coupe-style SUV market. 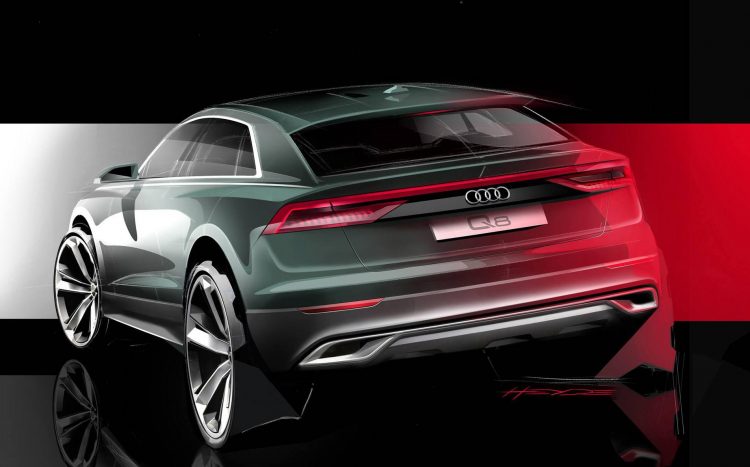 Set to be the VW-owned brand’s answer to the BMW X6 and Mercedes-Benz GLE Coupe, the Audi Q8 will be based on the MLB Evo platform that is shared with vehicles such as the Audi Q7, Bentley Bentayga, and Lamborghini Urus.

It’s expected to be about the same length as the Q7, but with an obvious sloping roof and tailgate design for a more sporty profile and reduced cargo space As the teaser image shows, the Q8 will feature the full width taillight treatment which is fast becoming a new (or reinvented) fashion.

In any case, the Q8 is likely to come in plug-in hybrid E-Tron form. Why? Well, the company has revealed a couple of concept vehicles with the Q8 label in the names, and they featured a hybrid system.

A full debut is tipped to take place by mid-June this year, with market entry expected to follow later in the year.