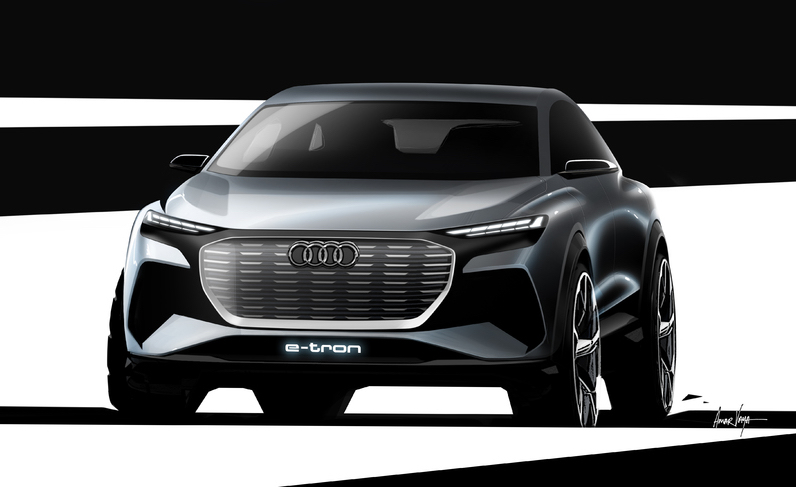 Audi is preparing to unveil an all-new SUV at the 2019 Geneva Motor Show in March, called the Audi Q4 e-tron. It is just a concept for now but it is set to inspire a production model destined for launch early in 2021. 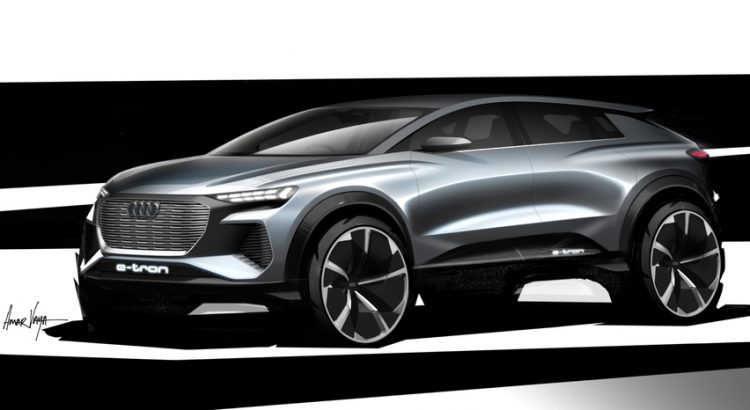 Some teaser images have been sent out giving us some indication of what the Q4 e-tron concept is all about. They outline a small SUV taking the increasingly fashionable shape of a four-door coupe wagon. As with most modern Audis, it looks like it’ll be quite a crisp design.

We also get a look at the interior, which showcases what looks to be an all-new cabin layout for Audi. There are two distinct ledges that come together right at the instrument cluster, with a big digital media interface angled slightly toward the driver.

No concrete details or specifications have been confirmed for the Q4, however, Audi says it will showcase electric drive. The company describes it as a “compact SUV study”, that gives us a glimpse of the “next stage of Audi electric mobility”. Audi says a production version will be introduced in “late 2020/early 2021”. 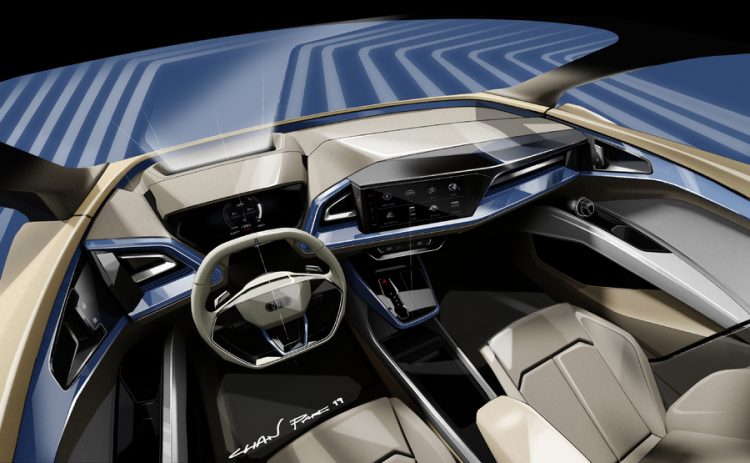 It’ll sit beneath the just-launched Audi e-tron, which was the first electric SUV to be launched by the company. It’s powered by a 95kWh battery system that provides up to 300kW of power and 664Nm of torque. We suspect this might be too powerful for the smaller Q4 e-tron, although similar technology is likely.

All of the details will be revealed on or before the opening of the big Geneva event, commencing on March 5. Stay tuned.