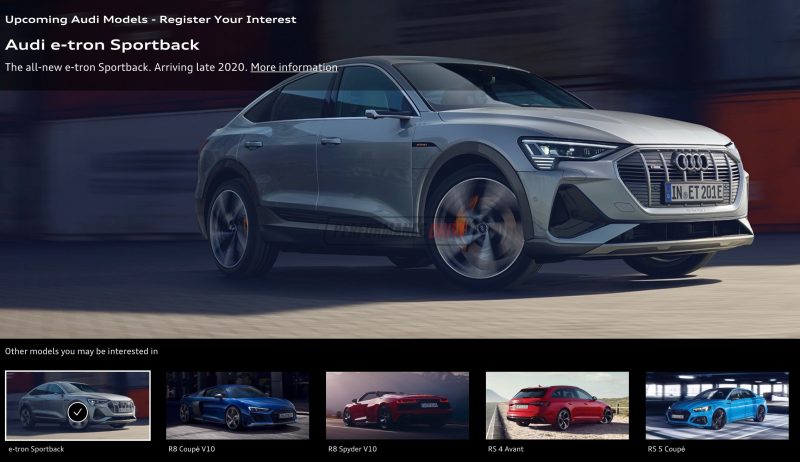 Audi Australia is getting ready to expand its fully electric e-tron lineup, with the local website today providing some timing details on the all-new e-tron Sportback for the local market. 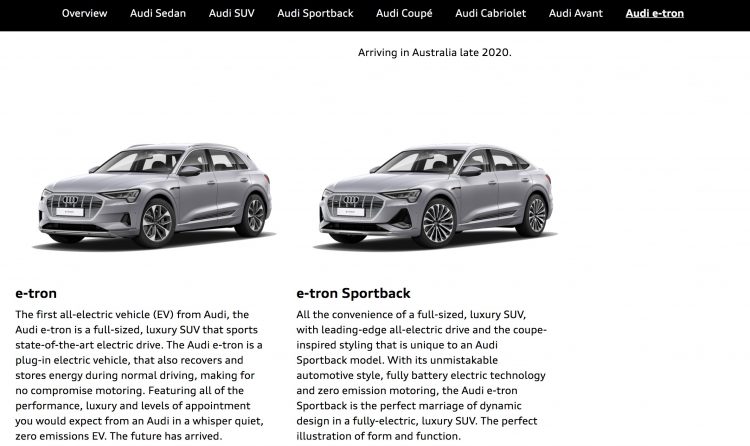 The first fully electric vehicle from Audi, the e-tron mid-size SUV, hasn’t officially launched in Australia yet but it has previously been confirmed for later this year. Some examples have touched down here as we reported last month, but the local arm hasn’t confirmed prices or given it a proper market launch yet.

Even so, the company is getting ready to hit the ground running with more electric models by the looks of it. According to a marketing email sent out to prospective customers overnight, Audi Australia will launch the e-tron Sportback during the second half of this year. Audi’s Australian website also confirms a “late 2020” arrival date. 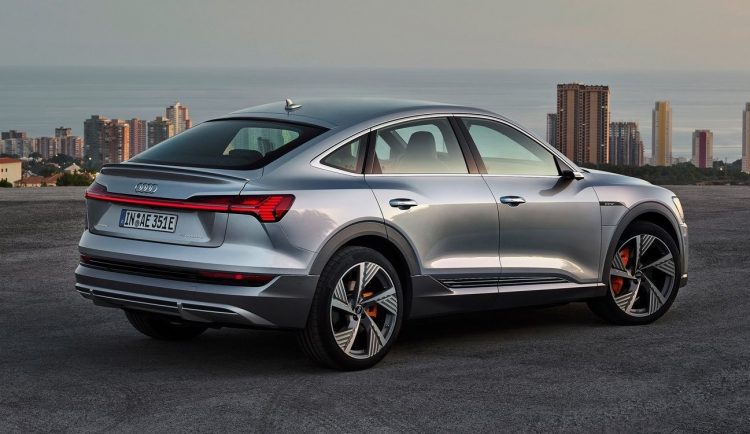 It’ll come in as a sporty four-door coupe version of the e-tron. This means, technically, it will be Audi’s second coupe-style SUV in its showroom following the recent announcement of the Q3 Sportback. Audi is a bit late to the party as rival brands BMW and Mercedes-Benz have been offering multiple SUVs in this trendy coupe body configuration for some time.

The e-tron Sportback is based on the same MLB Evo-based platform as the regular e-tron, and it showcases the same powertrain options. Wedged between the axles is either a 71kWh or 95kWh battery pack, both of which supply energy to a front electric motor and rear electric motor.

Moving up to the 55 quattro, the system produces up to 300kW and 664Nm, providing brisk acceleration, with 0-100km/h coming up in a claimed 5.7 seconds. Meanwhile, on a full charge the batteries provide a range of 446km.

Final Australia specs and charging options are expected to be announced in the coming months, along with prices.