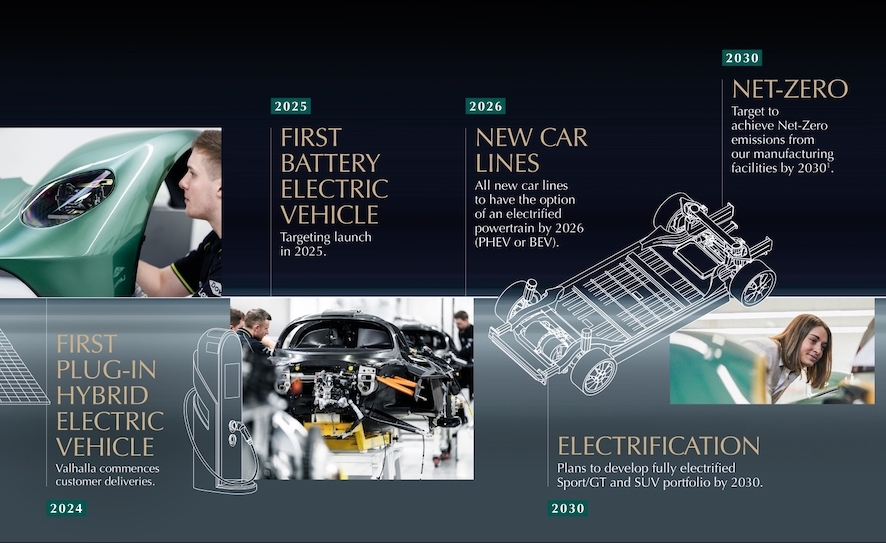 Aston Martin has outlined some key dates in its transition toward hybrid and battery electric vehicles as part of its new Racing Green strategy, confirming the arrival of its first-ever hybrid vehicle, the Valhalla, in 2024, followed by its first fully electric vehicle in 2025. 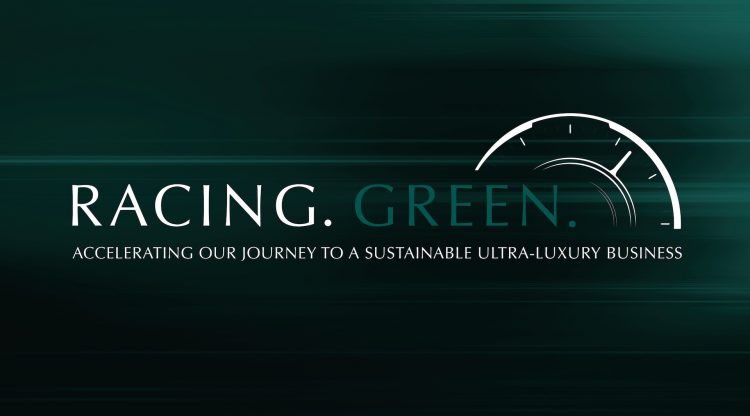 The company is pulling no punches in its quest to become a greener automotive group, pledging a net zero emissions strategy from its manufacturing hubs by 2030, and across its entire supply chain by 2039.

In the immediate future, Aston Martin is hoping to reduce its supply chain emissions by 30 per cent on 2020 levels, after reducing its emissions in the UK by 44 per cent thanks to a transition to renewable energy.

More importantly, though, Aston has set out the date that we can expect to see its first-ever mass-produced hybrid and battery electric vehicles, which are due to arrive in 2024 and 2025 respectively.

The Aston Martin Valhalla will pave the way for the next generation of hybrid vehicles from Aston, with deliveries now pushed back into 2024.

The Valhalla features an AMG-sourced 4.0-litre twin-turbo V8 powertrain producing 552kW, paired with a dual electric motor setup providing an additional 150kW, with the combined output standing at an immense 699kW and 1000Nm.

Power in the Valhalla is sent to the rear wheels via an eight-speed dual-clutch transmission paired with a limited-slip differential, while the front-mounted electric motor provides the front end with some additional all-wheel-drive grip.

Acceleration across 0-100km/h takes just 2.5 seconds, with a top speed rated at 350km/h. It’s fair to say that Aston’s take on the electrified powertrain is nothing short of inspirational. 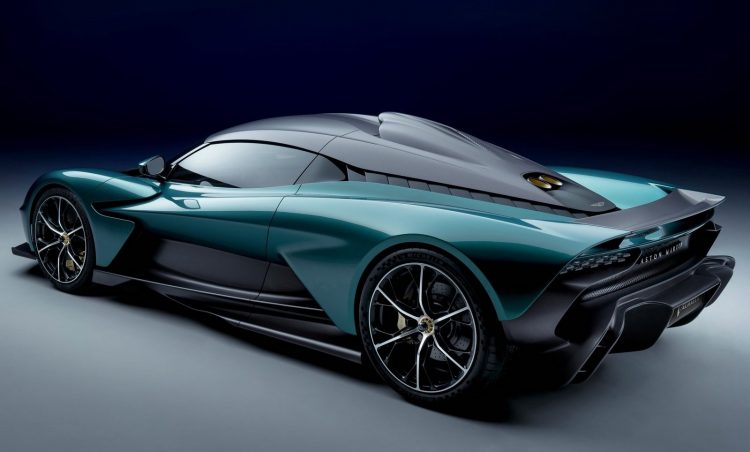 As far as Aston’s battery electric vehicle goes, very little is known about what the company has in store, other than the fact the first iteration is set for a release in 2025, while 2026 will see the release of an electrified powertrain option across its lineup.

We’re speculating, here, but considering Aston has some pretty close ties with Mercedes-AMG, it’s more than likely this strategic partnership could see AMG-sourced electric powertrains and battery packs inside the next generation of Aston’s battery-electric vehicles.

In total, Aston says that 90 per cent of its lineup will be electrified by the turn of the decade, with the remaining internal combustion units likely to become a limited-run of track-only variants. Tobias Moers, CEO at Aston Martin Lagonda, said:

“Whilst embracing electrification, we believe our sustainability ambitions must be broader than just producing emissions-free vehicles, and want to drive sustainability principles across our entire business, with a team representative of society proudly producing responsible products with a reduced environmental impact and making a positive contribution to the communities where we operate.”