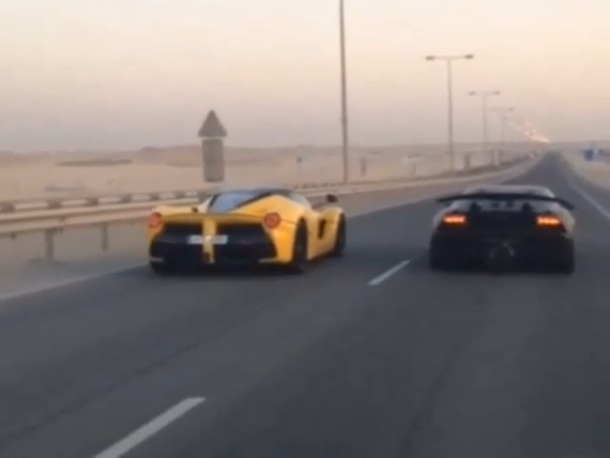 Here’s a race you don’t see every day. It’s between the just-launched Ferrari LaFerrari and an extremely rare Lamborghini Sesto Elemento. Of course, the race took place in one of the richest places in the world, Qatar, in the Middle East.

The LaFerrari produces 708kW from its V12 hybrid and weighs 1255kg, while the Lamborghini produces 419kW from its V10 and weights just 999kg. What’s quickest? Click play below to find out.