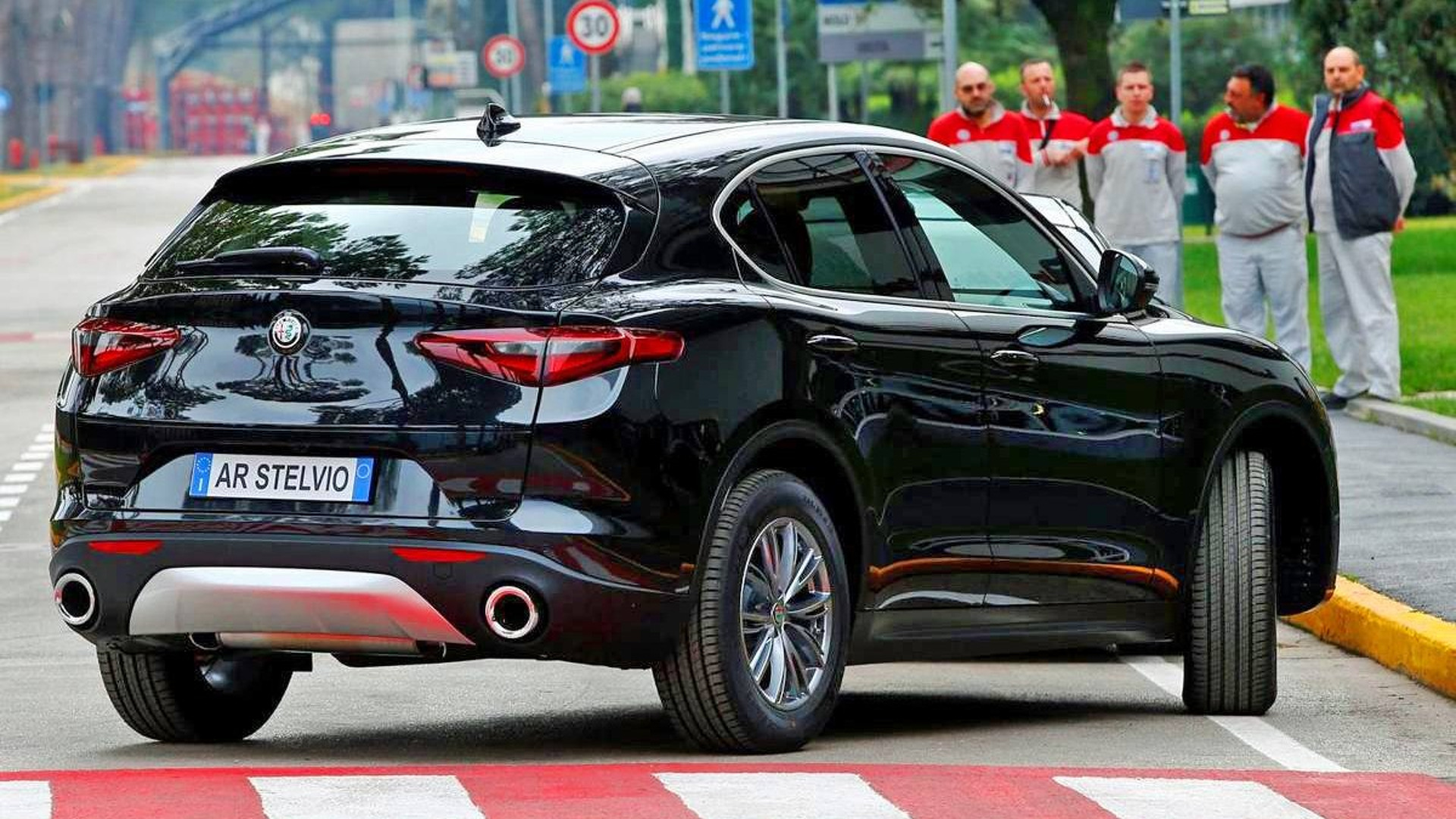 Following an inadvertent reveal of the lower-end variant of the new Alfa Romeo Stelvio in an Italian TV news show, some more images of the entry-level models have now hit the web. So far Alfa has only (officially) shown the top-spec QV variant. 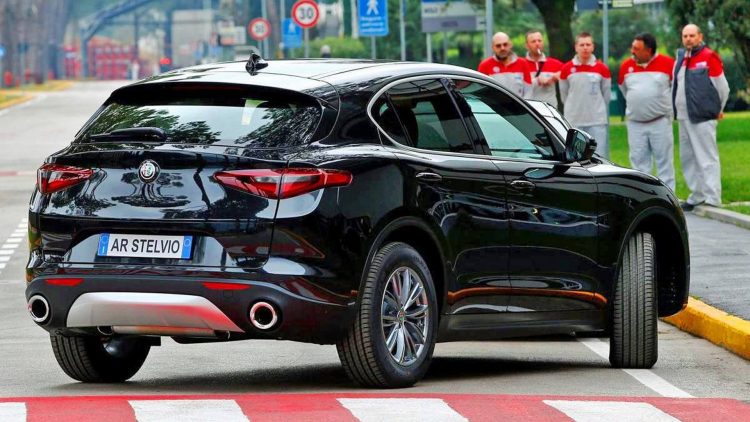 This time we get a decent look at the rear end, which does without the aggressive body trimmings that the QV variant gets. This should help to give Alfa’s first-ever SUV some off-road capability.

The small, more practical alloy wheels and their taller profile tyres should also assist with all-terrain ability, while helping to provide a more comfortable ride and improved comfort over the performance derivative.

As we know, the Stelvio is based on the same platform that debuted under the Giulia mid-size sedan. This is expected to help make the Stelvio one of the nicer handling SUVs in the specific vehicle class – likely going up against the Audi Q5, BMW X3, Mercedes GLC.

Alfa has confirmed it will be offering a range of four-cylinder engine options for the range, consisting of a 2.0-litre turbo-petrol producing up to 210kW. A 2.2-litre turbo-diesel is also likely, developing between 110kW and up to 155kW.

All variants are set to come with an eight-speed automatic, with manual potentially being an option on the base models for some markets. All are also expected to be equipped with all-wheel drive. Market entry will take place next year.