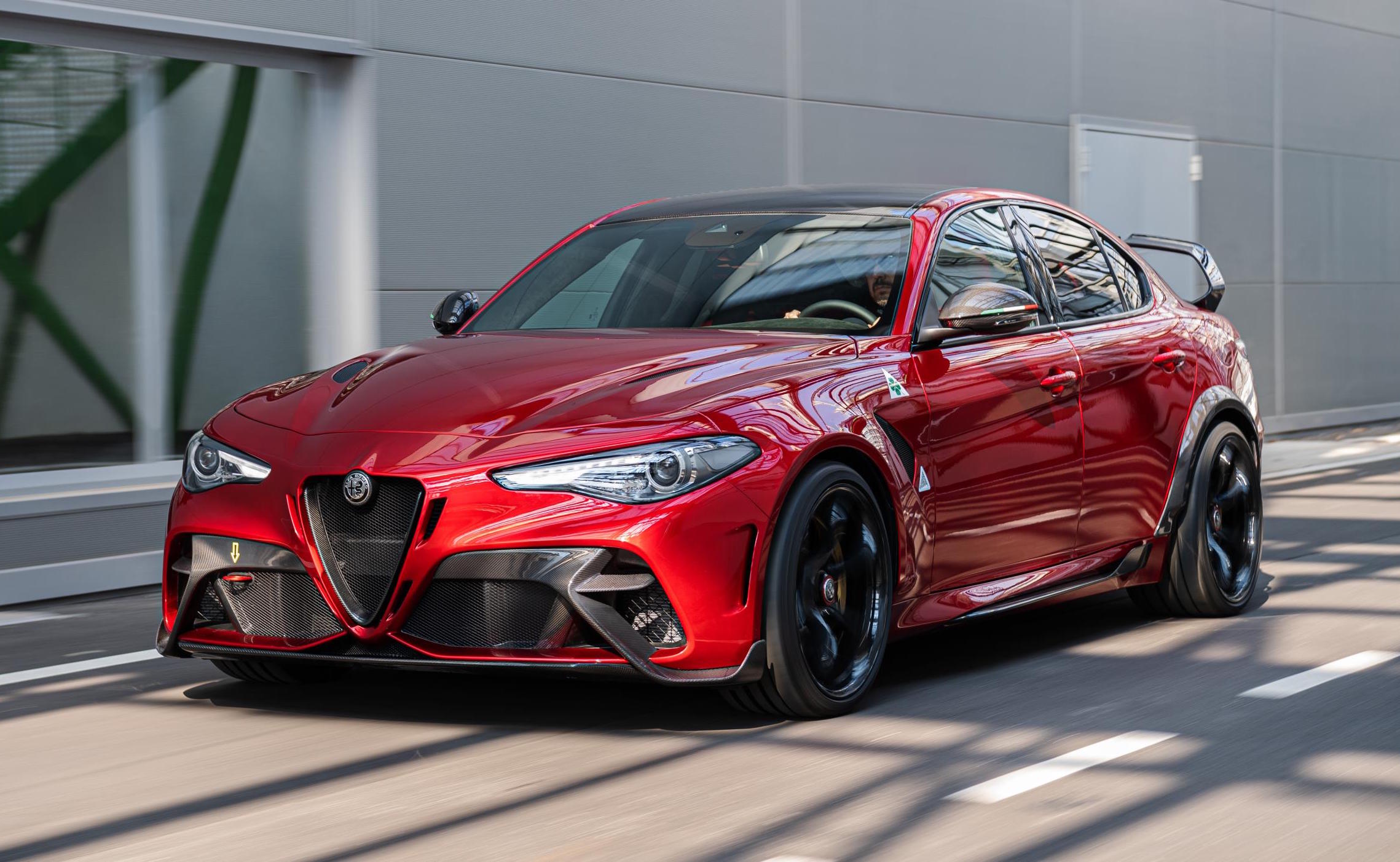 As previously reported, Alfa Romeo is indeed planning a high-performance GTA version of the Giulia Quadrifoglio. And here it is. It’s a hardcore, track-ready variant that brings back the famous GTA name. 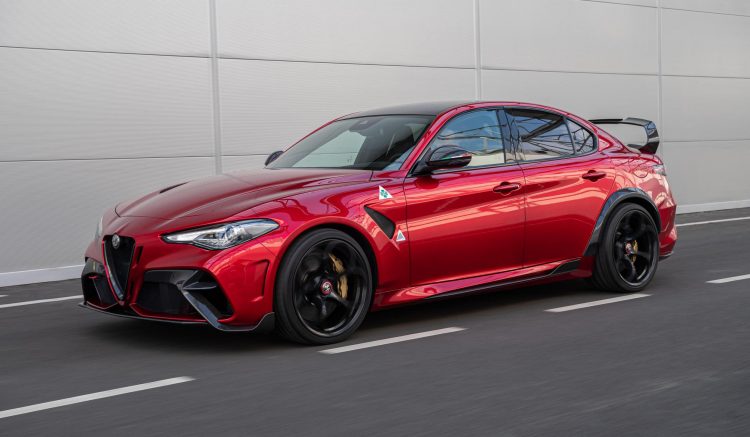 Two versions are being introduced, including the GTA and the GTAm; standing for Gran Turismo Alleggerita (Italian for lightened), and GTA ‘modified’. The GTAm is even more extreme but is described as “100 per cent street legal”. Both feature a boosted engine, weight reduction, crazy aero features, and heavily revised components and interior.

Going for the GTAm sees the front seats removed and replaced with special carbon fibre bucket seats with six-point Sabelt harness belts. Lexan is also used in the side and rear window frames, and the rear seats are removed altogether. There’s also a roll bar. Overall, the GTAm tips the scales at around 1520kg.

Even the regular Giulia GTA features fairly drastic weight-saving measures, including carbon fibre for the drive shaft, bonnet, roof, front bumper and front guards, and rear wheel arches. Aluminium is then used for the doors and suspension, with other composite materials around various places. Overall, Alfa Romeo says around 100kg is chopped. 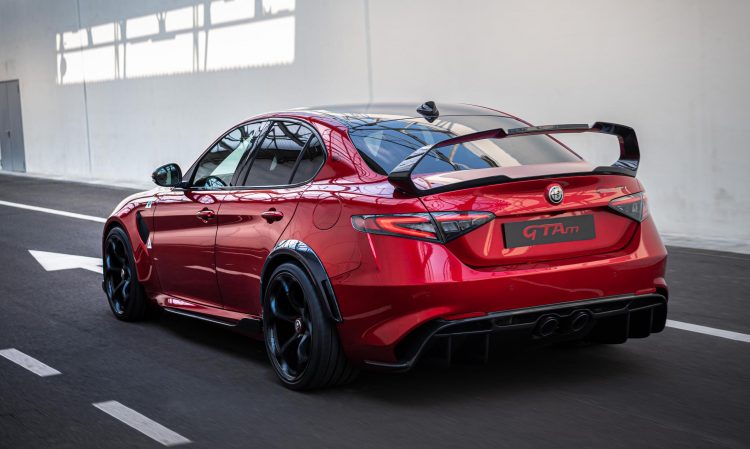 Weight reduction alone is a good way to improve performance. However, the 2.9-litre twin-turbo V6 engine is also tuned and tweaked. Instead of producing the standard 375kW, it develops 403kW (540hp). In the GTAm, Alfa Romeo says 0-100km/h comes up in just 3.6 seconds using the standard launch control system.

As for the exterior design, the Giulia GTA features a sharper and lower front spoiler system, big intakes in the corners and sculpted louvres, tow hooks, more aggressive side skirts, and then at the back there’s a big wrap-around wing for the GTAm (a more subtle lip spoiler on the GTA), and a racy diffuser lower down. To finish it all off there’s a pair of exhaust outlets poking straight out from the middle. The exhaust is actually a titanium unit by Akrapovic.

Passengers are treated to a nicely refurbished cabin, with Alcantara trimming for the dash and door skins, with more of the soft material for the GTAm for where the rear seats usually go. Some matt-finish carbon fibre highlights are scattered about for that racy feel.

Alfa Romeo is planning to build just 500 examples of the GTA and GTAm combined, and each buyer will be treated to a unique buying experience. In a statement, the company said:

“The owners will receive a personalised experience package, which includes a Bell helmet in special GTA livery, a full racing set by Alpinestars (race suit, gloves and shoes) and a personalised Goodwool car cover for protecting their GTA or GTAm. Customers can also take part in a specific driving course devised by the Alfa Romeo Driving Academy.”

At this stage there is no mention of a potential Australian market offer, unfortunately. But we’ll keep you updated if that changes.