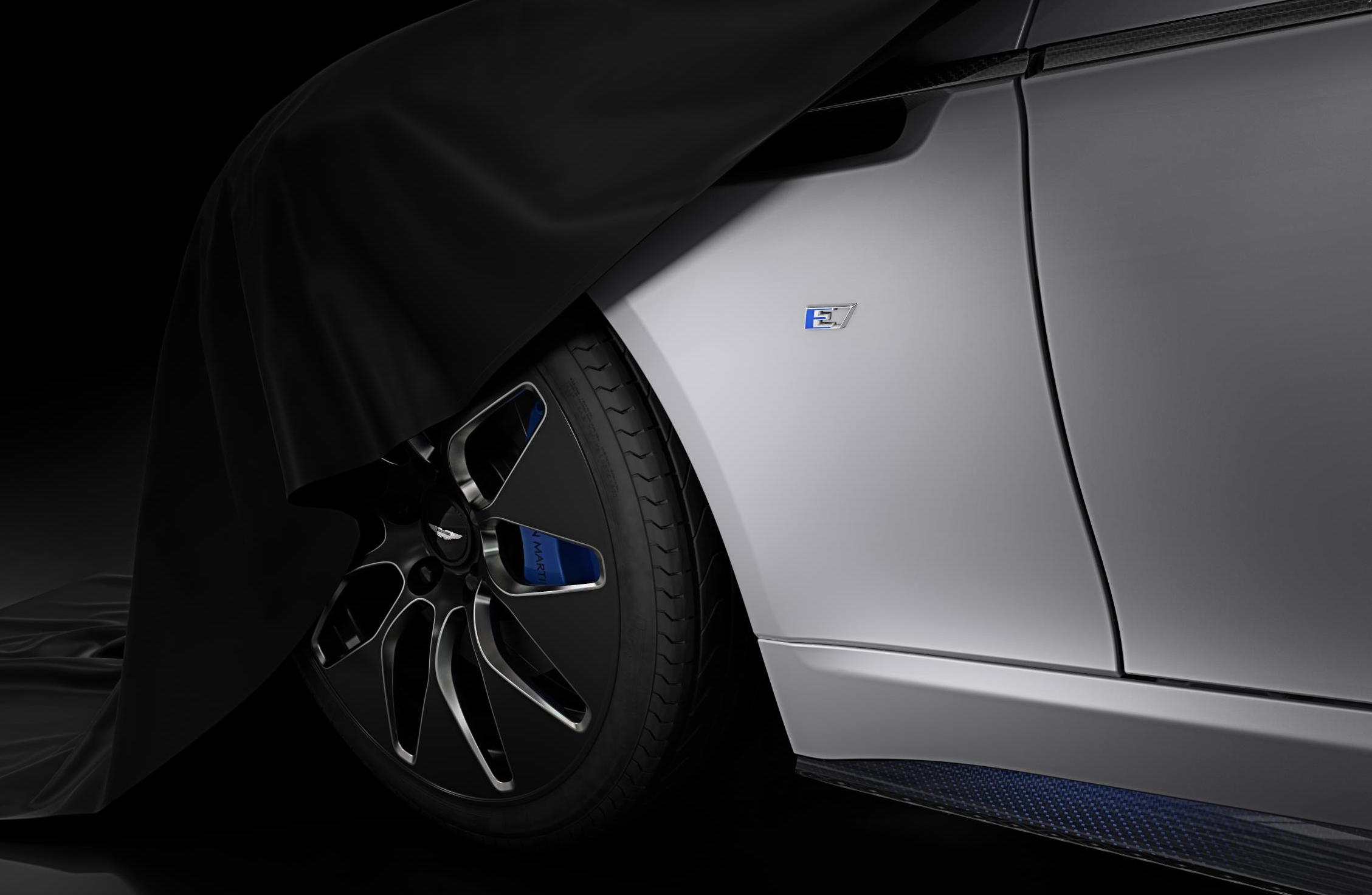 A new electric vehicle is about to hit the scene. And it’s a whopper. Tesla Model S, be prepared. The new Aston Martin Rapide E is sure to swipe some of your sales. 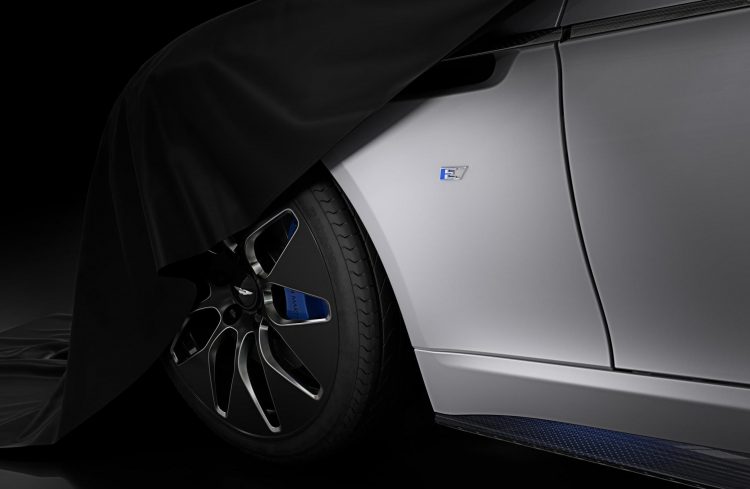 Aston Martin has sent out a couple of teaser images and some specs of its new Rapide E, as previewed last year, which will be British company’s first fully electric production car. The main teaser image gives us a sneak peek of the front wheel and door, which appears to be very similar to the combustion-engined Rapide in terms of its general design. Another teaser shows a top-view outlining the powertrain.

The new model is being developed with the assistance of Williams Advanced Engineering (WAE) as part of a deal which will help catapult Aston Martin into the electric vehicle world. More specifically, the company is helping with the technical challenges associated with the battery packaging and space efficiency.

Aston confirms the production car will be powered by an 800V electrical system using a 65kWh lithium-ion battery. This is mounted where the V12 would otherwise sit, under the bonnet. The setup then sends grunt to two rear-mounted electric motors that produce a “target output” of just over 449kW (610PS) and 950Nm. They send power through a limited-slip differential for sporty rear-wheel drive handling.

With a fully charged battery the Rapide E has a target range of 322km (200 miles) under the WLTP test cycle. Using a 400V 50kW charger, the recharging rate will be around 298km (185 miles) of range per hour of charging. Using a high-output 800V system this charging rate almost doubles to 499km (310 miles) per hour of charge, at 100kW or higher. 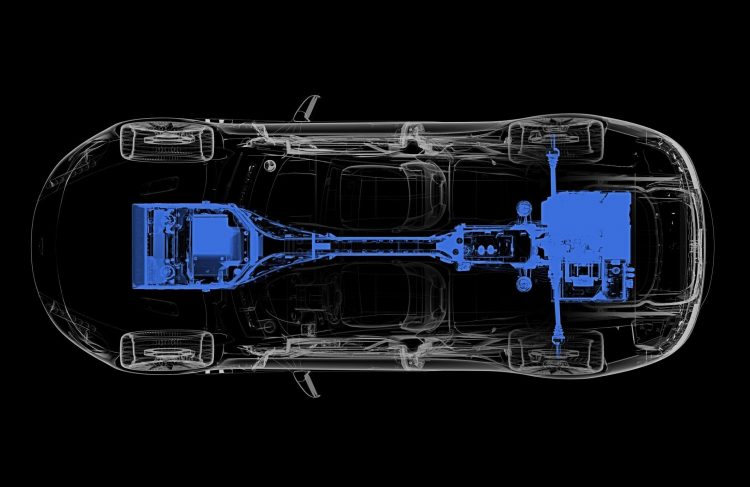 Across the tarmac the new electric beast will be very quick. Aston Martin projects a 0-60mph (97km/h) time of under 4.0 seconds, with a top speed of 250km/h. The company also says these figures won’t be restricted to a narrow window when only the battery is fully charged, like in some electric vehicles. In a statement, Aston Martin elaborates:

“Instead the target is for maximum performance on-demand throughout majority of the battery state of charge window, as would be expected from a conventional internal combustion-engined car. This includes the ability to drive a full lap of the Nürburgring with absolutely no derating of the battery and the ability to cope with the daily demands of repeated hard acceleration and braking.”

For the exterior Aston Martin designers have given the electric model a unique makeover, mostly for the sake of improved aerodynamic efficiency. The underbody and exterior has been optimised, with new-look aero wheels – as shown above – wearing Pirelli P Zero tyres.

The Aston Martin Rapide E will be produced at the company’s new St. Athan facility in Wales, with customer deliveries penciled in to commence during the fourth quarter of 2019.