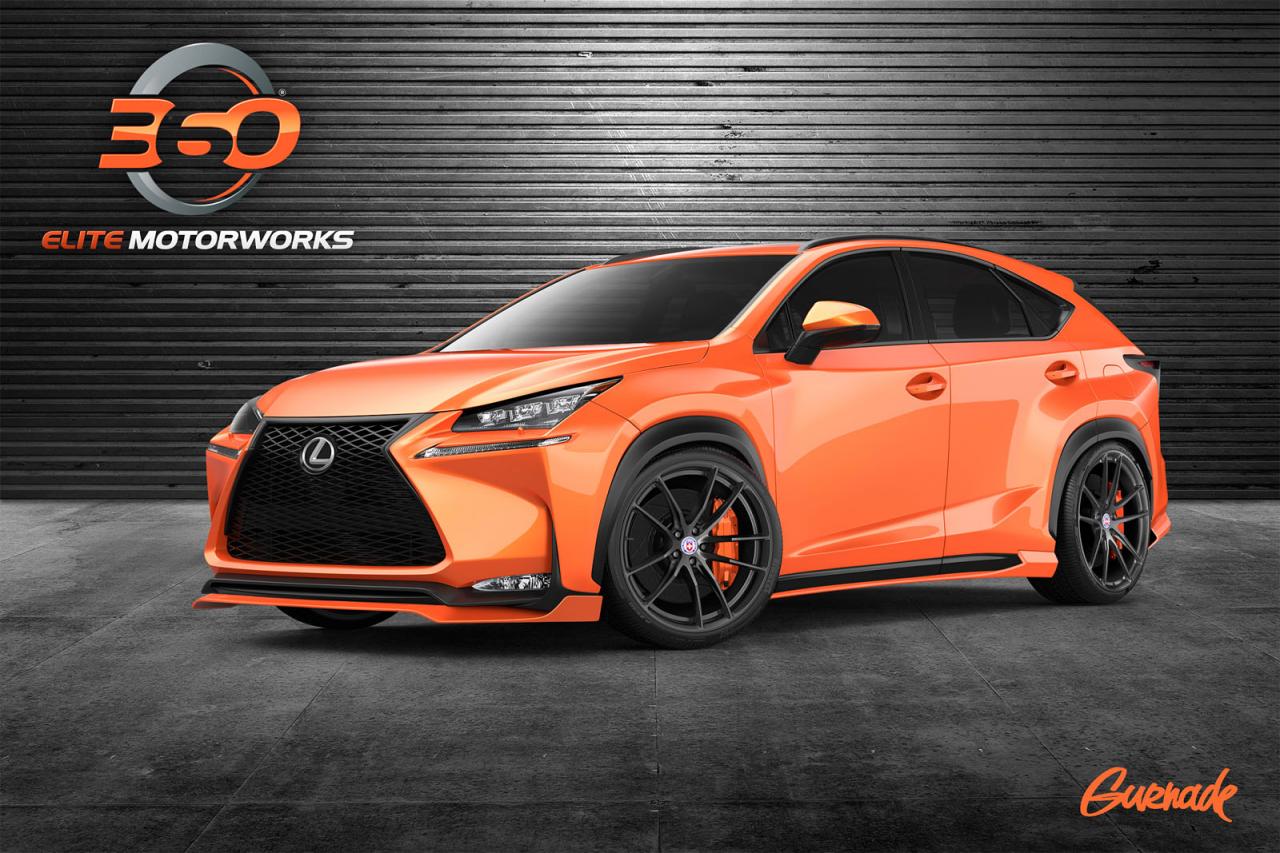 This could very well be the first ever tuning program for the Lexus NX 200t, and it has just made its debut at the SEMA Show in Las Vegas. It’s bright, that’s for sure. 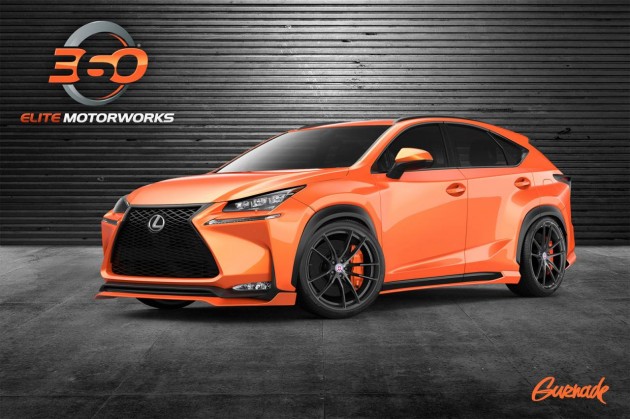 Lexus called on the help of aftermarket specialist 360 Elite Motorworks to create the crazy orange SUV. Most of the upgrades are visual and cosmetic, giving it a much more aggressive attitude and perhaps extending on what Lexus created with the sporty F Sport package.

At the front there’s a new bumper bar and integrated spoiler section, in black for some contrast of course, while the entire ‘spindle’ grille at the front dominates in black as well giving it a distinct ‘look at me’ presence.

Around the sides there are some black wheel arch flares that widened the stance of the NX, and all match in with the orange and fashionable black theme. The flares wrap around a set of 21-inch HRE P104 forged monoblock alloy wheels, also in black.

Lastly, the sharp rear end is made even sharper with a more aggressive underskirt and diffuser section. There’s also some black highlights to go with it. 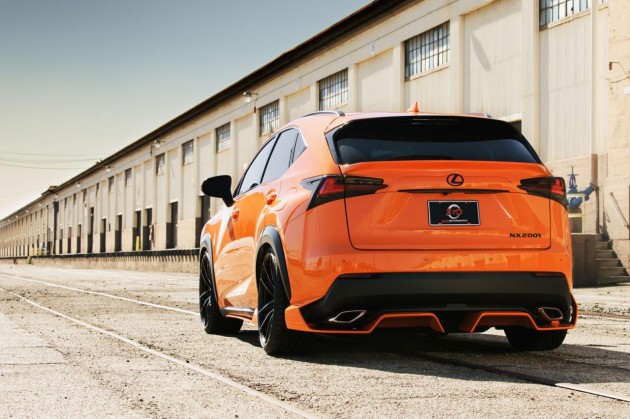 360 Elite nor Lexus has mentioned anything about engine modifications. The NX 200t comes with Lexus’s first 2.0-litre turbo-petrol engine. It produces 175kW and 350Nm. Australians can buy the 300h hybrid version now but have to wait until early next year before the 200t hits the market.