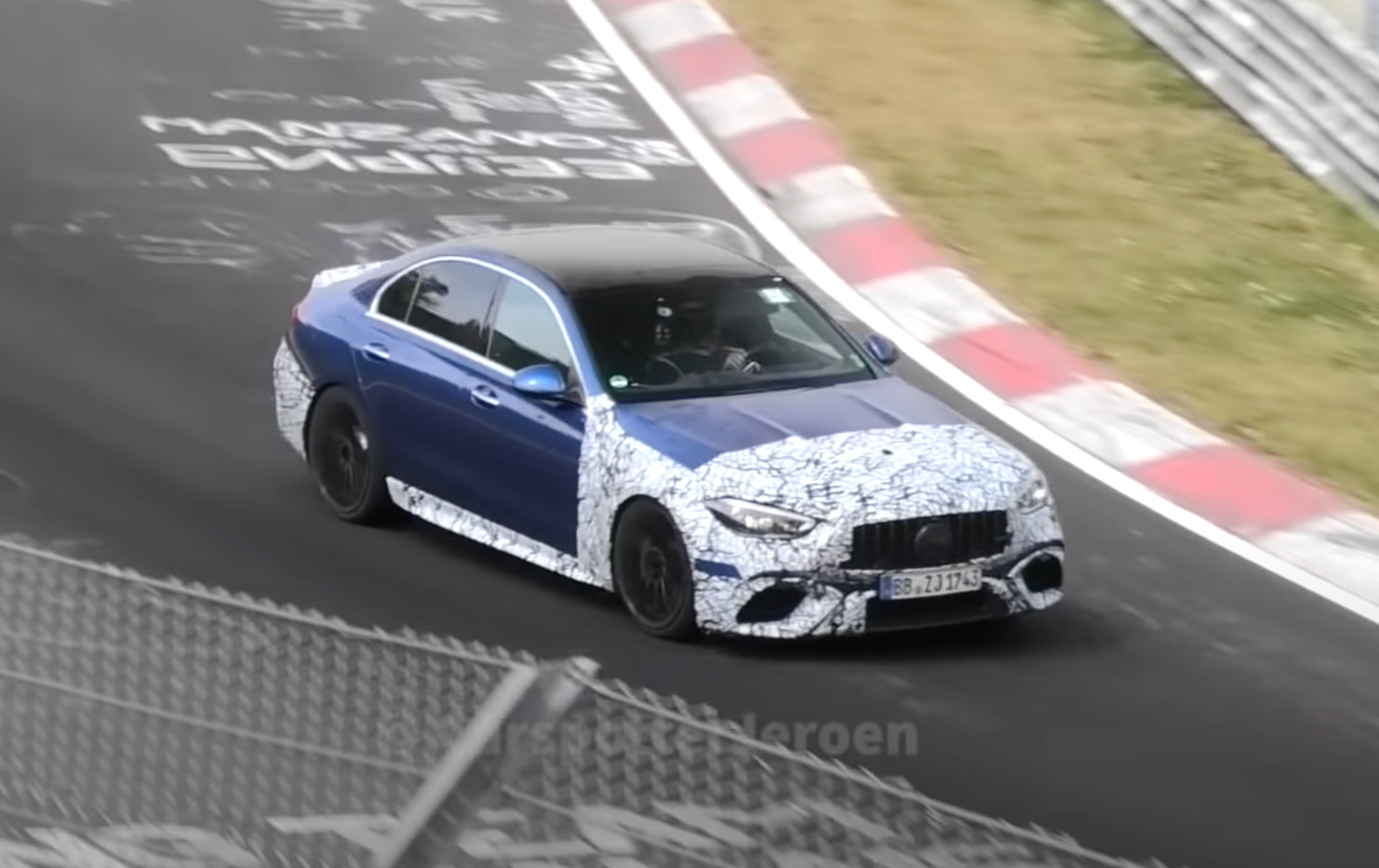 Mercedes-Benz has been spotted testing a thinly-wrapped prototype version of its next-gen AMG C63 hybrid out on the Nurburgring. And on first impressions, it certainly looks quick but we can’t help but miss the sound of a snarling V8. 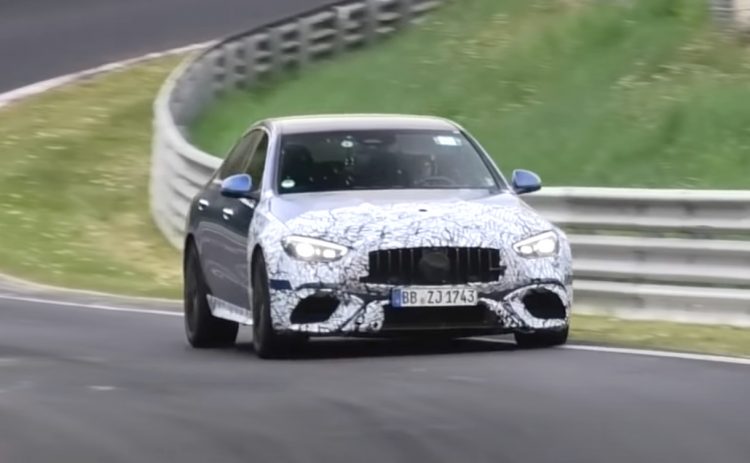 Fans will no doubt be disappointed to hear the sound of a four-cylinder coming from the elegant muscle sedan, based on the new C-Class, rather than a traditional V8 roar. However, the new hybrid package does seem extremely quick out on the track.

The new model will incorporate a version of the M139 2.0-litre turbo four-cylinder – like what is found in the A 45 AMG – developing over 310kW, paired with a comprehensive electric motor assist system, with mild-hybrid tech as well. 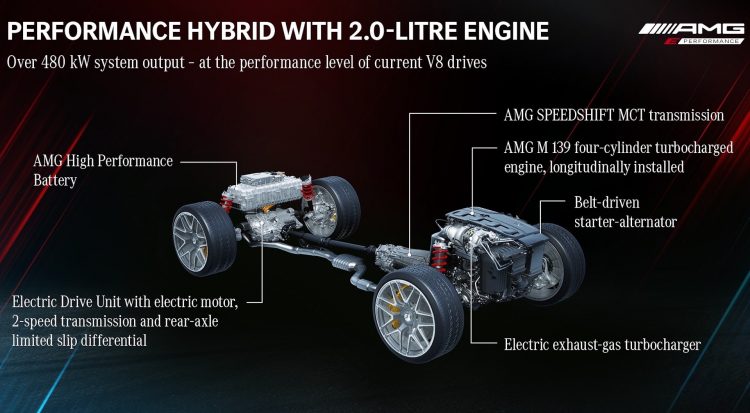 It will include a high-power electric motor mounted at the rear axle, producing around 150kW, featuring a two-speed transmission and limited-slip differential. Then, up front is an electric-assisted exhaust-gas turbocharger, belt starter-generator, and the 2.0-litre turbo engine. This is paired with an MCT gearbox.

Combined, Mercedes-AMG has previously mentioned a target output of “over 480kW” which it describes as “at the performance level of current V8” powertrains. We’re assuming the company means its high-end V8 options, producing 470kW.

Either way, at that level of power (if those specs come through for the showroom C 63) it will be a lot more powerful than the outgoing 375kW model. Of course, it will have to carry a lot of additional weight, but our guess is the combined torque will be monstrous to help compensate that. 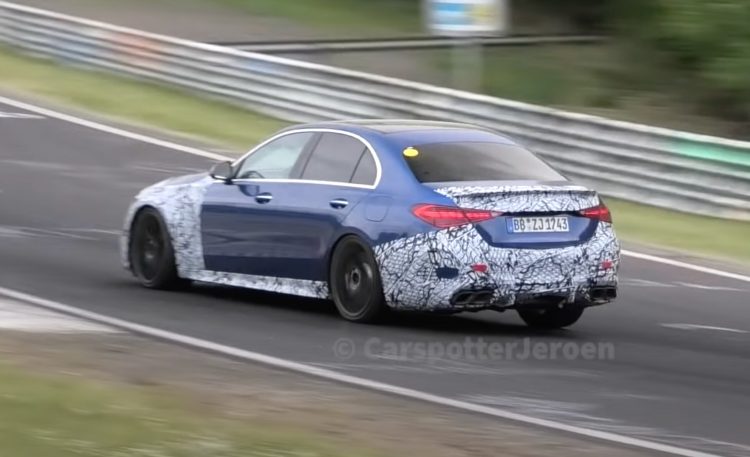 In the spy video below, by YouTube channel Carspotter Jeroen, you can see the prototype moving along extremely quickly almost out of sync with the quietness of the engine. There is a chance the prototype is fitted with a quieter exhaust than production purely for testing purposes. The test driver might even be testing the ‘comfort’ driving mode.

A full debut is expected to take place later this year, with market entry likely late this year for some markets or in the first half of 2023. Click play below for a preview.