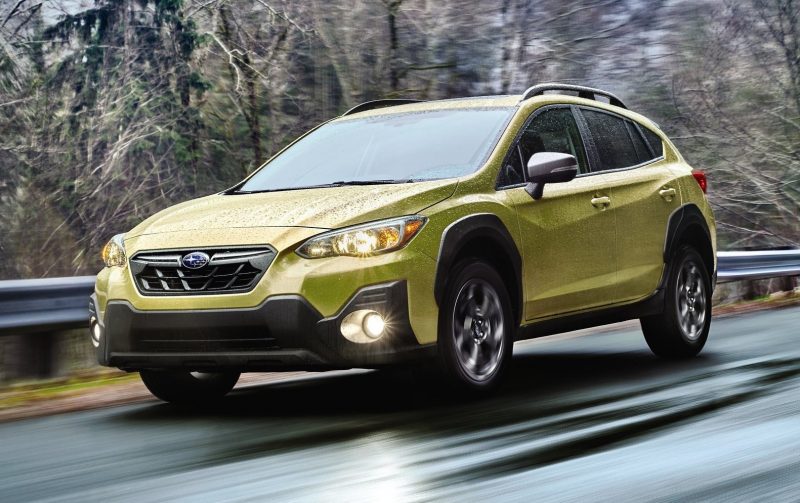 As reported yesterday Subaru is introducing an update for the 2021 model Crosstrek (called the XV in Australia) in America, today confirming the introduction of a new Crosstrek Sport variant as well as a more powerful engine option. Headlining the 2021 update is an optional 2.5-litre petrol engine. The unit is the same as the 2.5 petrol that’s offered in the Aussie Forester, producing 136kW and 239Nm. This mightn’t seem like much but for the Crosstrek it becomes the most powerful iteration yet.

The 2.5 is being offered for the Limited and for the new Sport trim levels in America, while the existing 2.0-litre naturally aspirated four-cylinder, developing 115kW and 196Nm, continues on for other variants. In Australia a hybrid 2.0L is also available for the local XV. In other areas the 2021 Crosstrek showcases revised exterior styling with new-look fog light clusters, a freshened up front grille, and special mouldings for the new Sport variant. The Sport also adds exclusive 17-inch alloy wheels in a dark grey finish, with gunmetal grey for the front grille, side mirrors and badges.

Inside, the Sport comes with StarTex upholstery which is described by Subaru as being lightweight, and it’s produced without polyvinyl chloride (PVC), phthalate or chlorine. Instead, it’s made up of 25 per cent recycled polyethylene terephthalate (PET). Yellow stitching holds it all together and provides an exciting contrast. Subaru has enhanced the safety levels for 2021, with all CVT auto models (manual also available in America for some variants – not in Australia) now come with EyeSight Drive Assist Technology as standard. The updated tech now includes advanced adaptive cruise control with steering assist, as well as lane departure and sway warning, lead vehicle start alert, and rear seat reminder.

Unfortunately the 2.5-litre engine option is not on the cards for Australia, however, an update for the local 2021 XV range is slated to arrive towards the end of this year.