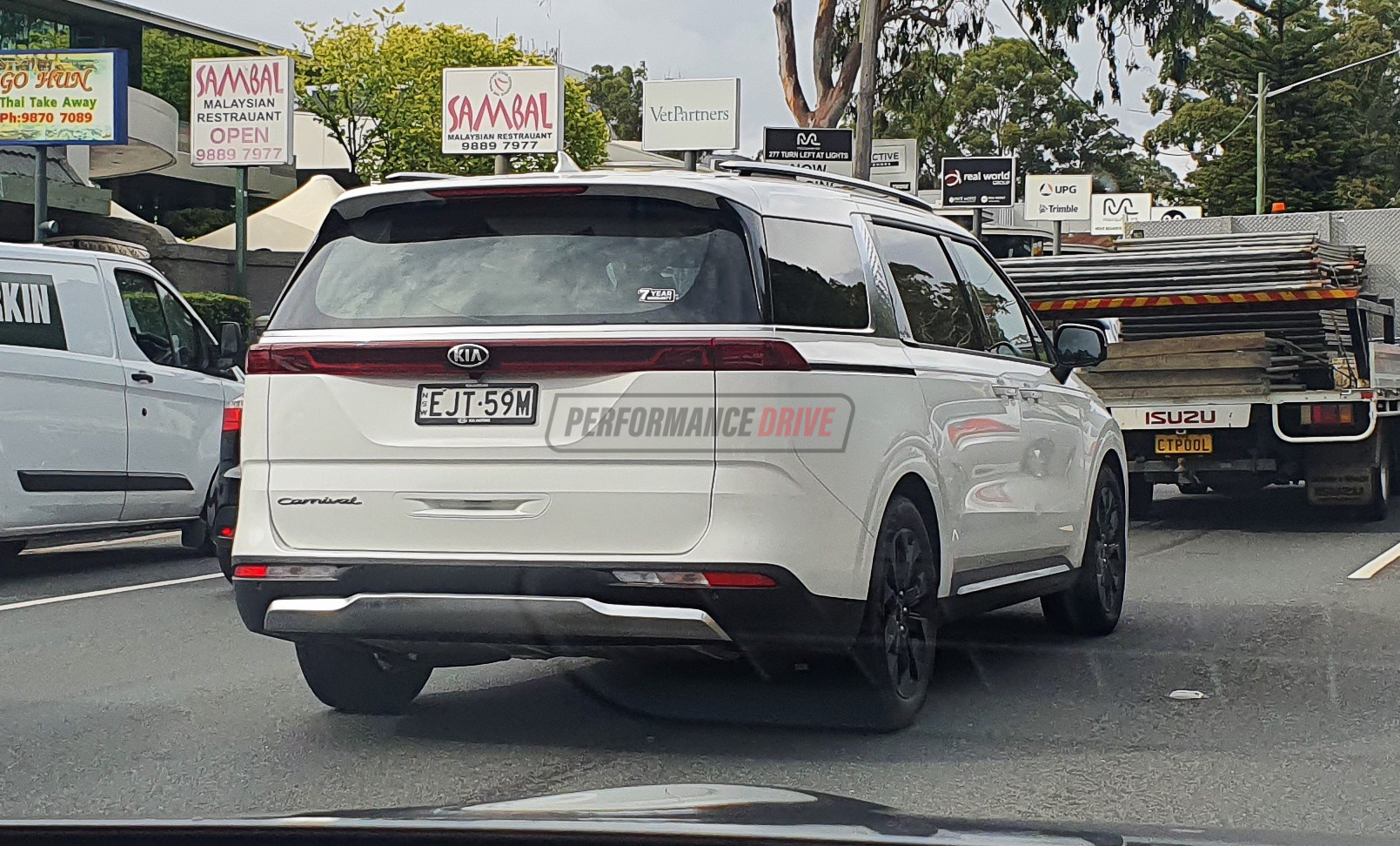 The all-new 2021 Kia Carnival has been spotted on the streets in Australia, ahead of its local launch scheduled for January. This is one of the first examples in the country. 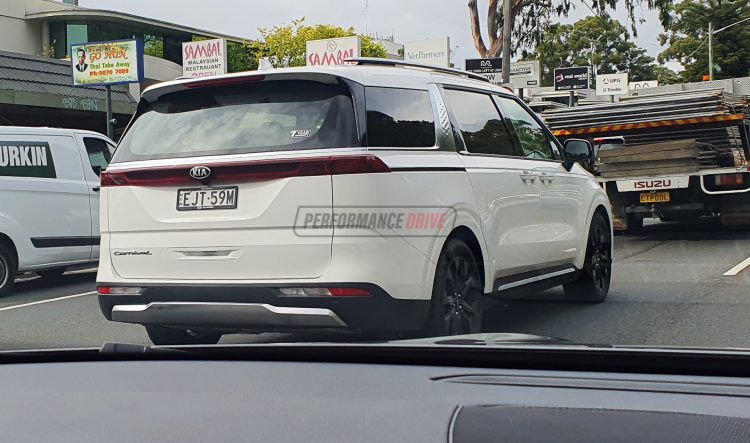 These images were sent in to us by a PD reader (thanks Travis!), showing the new model looking very sharp in Sydney traffic. As far as we know this example is undergoing local launch preparations and could end up being one of the first press vehicles.

Kia Australia confirmed with us that the media launch is scheduled to take place on January 5, however, some examples are said to roll into dealerships around the country towards the end of December. Prices and local specs are yet to be officially announced. 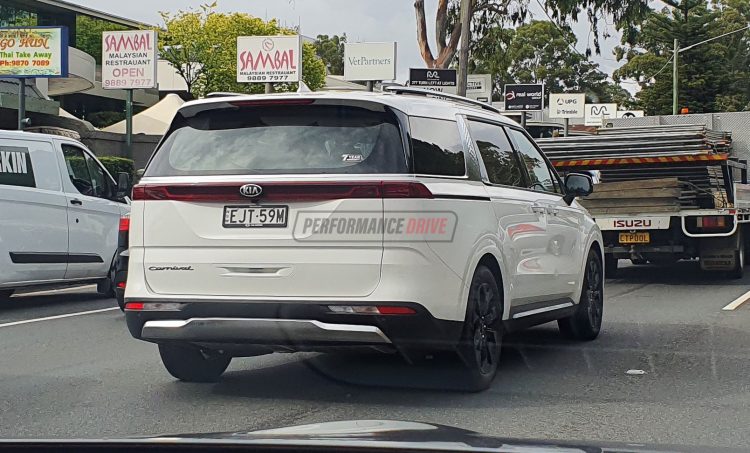 It’s understood the new model will switch to a new 3.5-litre naturally aspirated V6 petrol engine, replacing the outgoing 3.3L unit. Power jumps from 206kW to an impressive (for a van) 216kW, with torque raised from 336Nm to 355Nm. The engine is part of Hyundai Motor Group’s new Smartsmart family, labelled the Smartstream G3.5, featuring direct injection instead of the old multi-point system (MPI).

Also new, a 2.2-litre turbo-diesel as part of the Smartstream family as well. It produces 148kW and 440Nm, which is just 1kW more than the outgoing model. However, fuel economy is set to be improved thanks to various enhancements. The engine is also all-aluminium, helping to save weight. 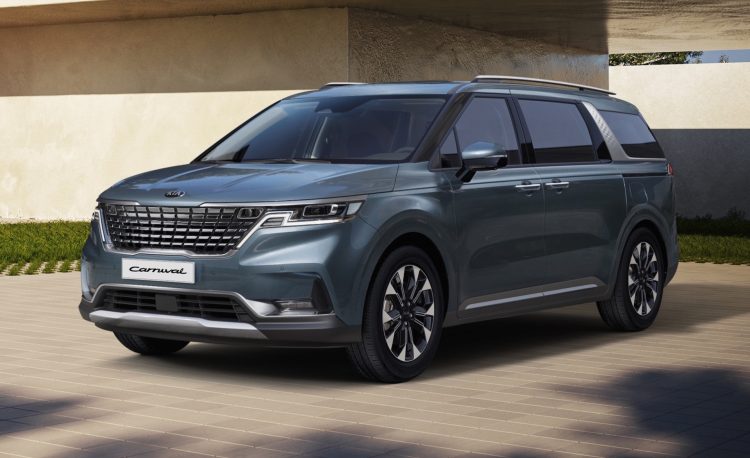 As we’ve already seen with the initial reveal in June, the new model showcases a very modern and stylish exterior design incorporating thin LED headlights, a much wider and more prominent front grille, and a full-width taillight layout at the back.

Inside, upper grades receive two 12.3-inch digital screens that spread across the dash to form the multimedia and instrument cluster systems. The stick-style gear selector from the outgoing model is replaced by a button control setup.

Thanks to a new platform, the wheelbase is 30mm longer and the body is 10mm wider. Overall length also stretches by 40mm to help accommodate bonus passenger space. In fact, in some markets the new model (also called the Sedona in some regions) is being offered with four rows of seats (not confirmed for Australia).

Full Australian specs, prices and details of the variant lineup are expected to be announced very soon, before officially launching on January 5.