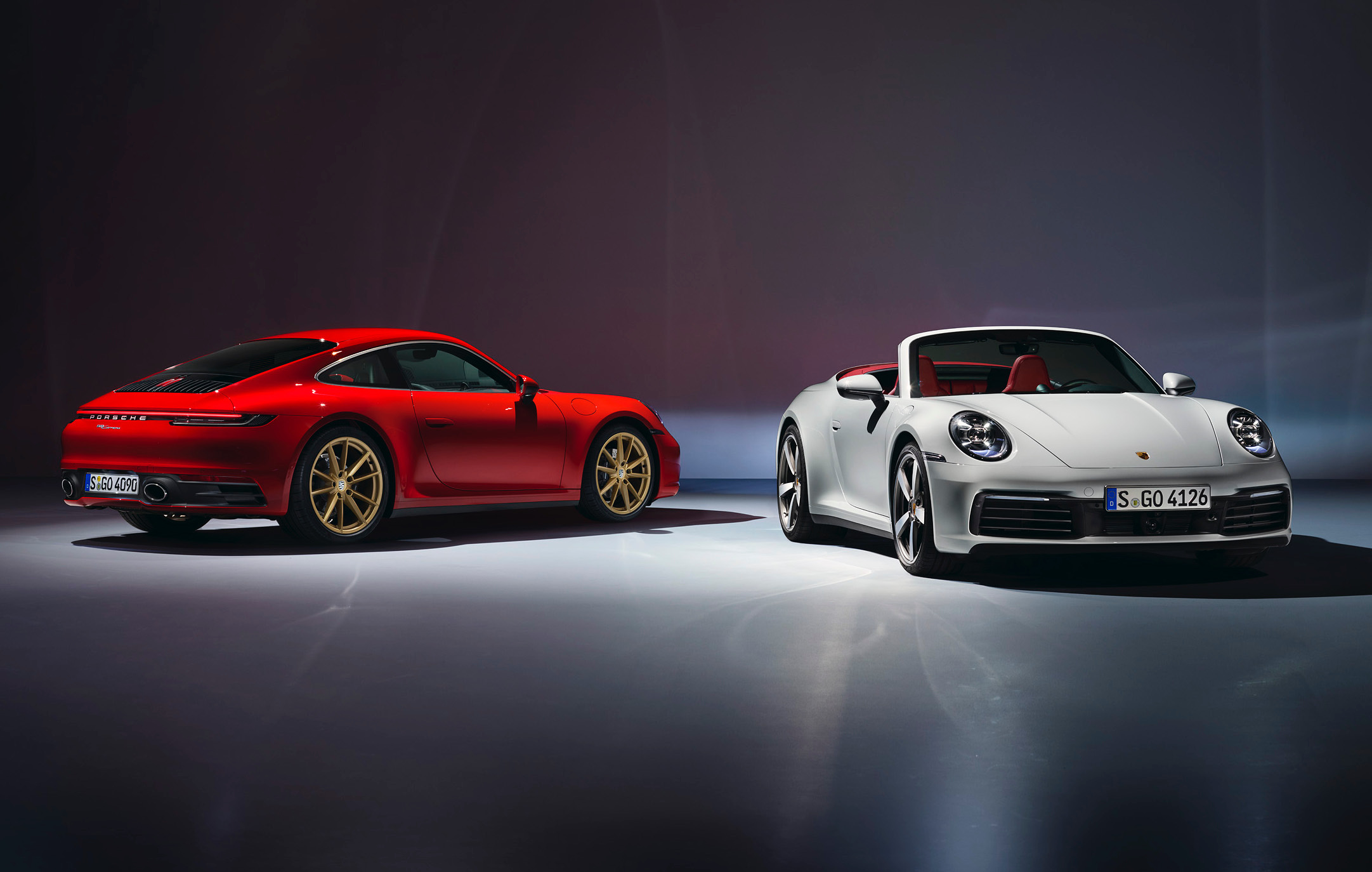 Following the unveiling of the 992 Porsche 911 Carrera S, Porsche is now introducing the standard 2020 911 Carrera and Carrera Cabriolet. Aside from showcasing the new-look design, these new models offer more power than their predecessors. 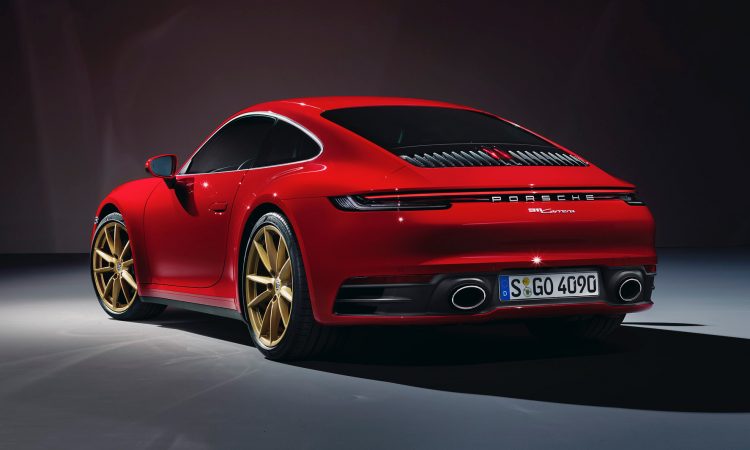 In the engine compartment is a refreshed 3.0-litre twin-turbo flat-six engine that produces 283kW, up from 272kW in the predecessor that used a similar engine. The unit retains the same 450Nm torque output, but even so, 0-100km/h acceleration drops to 4.2 seconds with the PDK eight-speed dual-clutch auto (down from 4.4), or 4.0 seconds with the optional Sport Chrono pack.

The engine features new turbochargers that use smaller turbines and compressor wheels, which we’re guessing spool up quicker than before. Fuel consumption on the combined cycle is 9.0L/100km for the coupe and 9.2L/100km for the cabrio, under the latest NEDC test cycle. 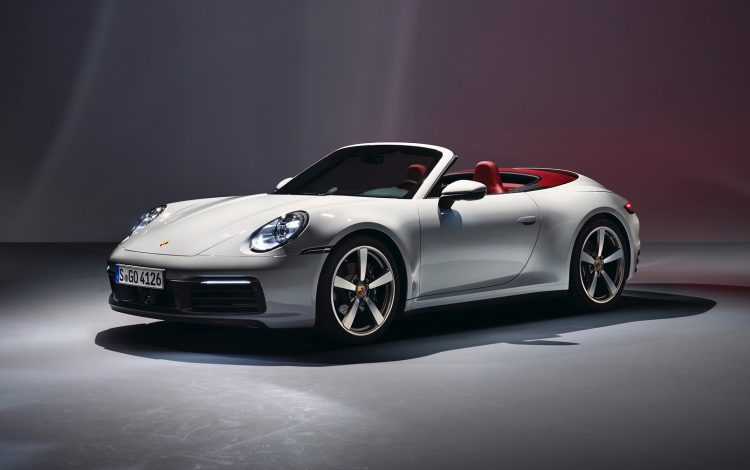 For the exterior there’s the updated design theme with new headlights and bulging wheel arches, with a flat bonnet contour in the middle inspired by classic 911 models. And then around at the back you’ll see the full-width taillight treatment.

Distinguishing this base model from the S is a set of unique exhaust outlets. For the standard model there are two rectangular outlets (one on each side), while the S uses twin round outlets on each side (four outlets in total). Buyers will be able to option for a Sport Exhaust which switches to twin oval pipes (as pictured). 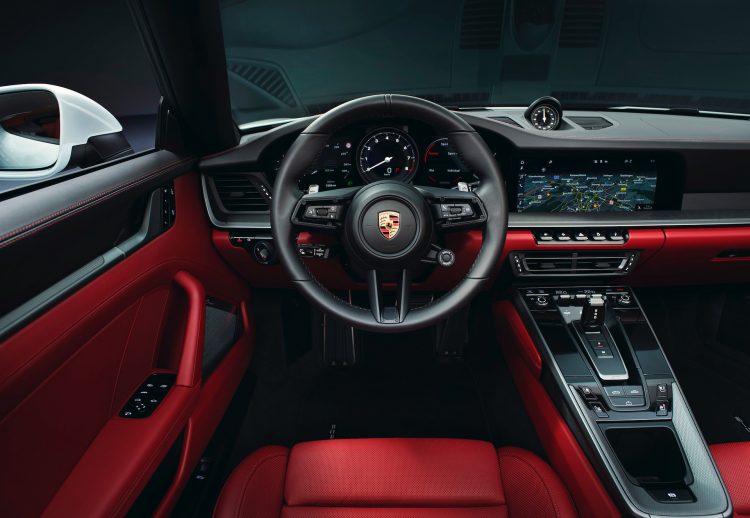 Inside, passengers are treated to a 10.9-inch touch-screen media interface like in the Carrera S. It offers full connectivity and personalisation via the Porsche Communication Management (PCM) suite, with classic toggle switches below blending to the new-look cascading console.

The 2020 Porsche 911 Carrera is available to order in Australia now with prices starting from $229,500 for the coupe and from $251,000 for the cabrio (excluding on-roads). Local deliveries are scheduled to commence during the fourth quarter of this year. An all-wheel drive option will be available soon.