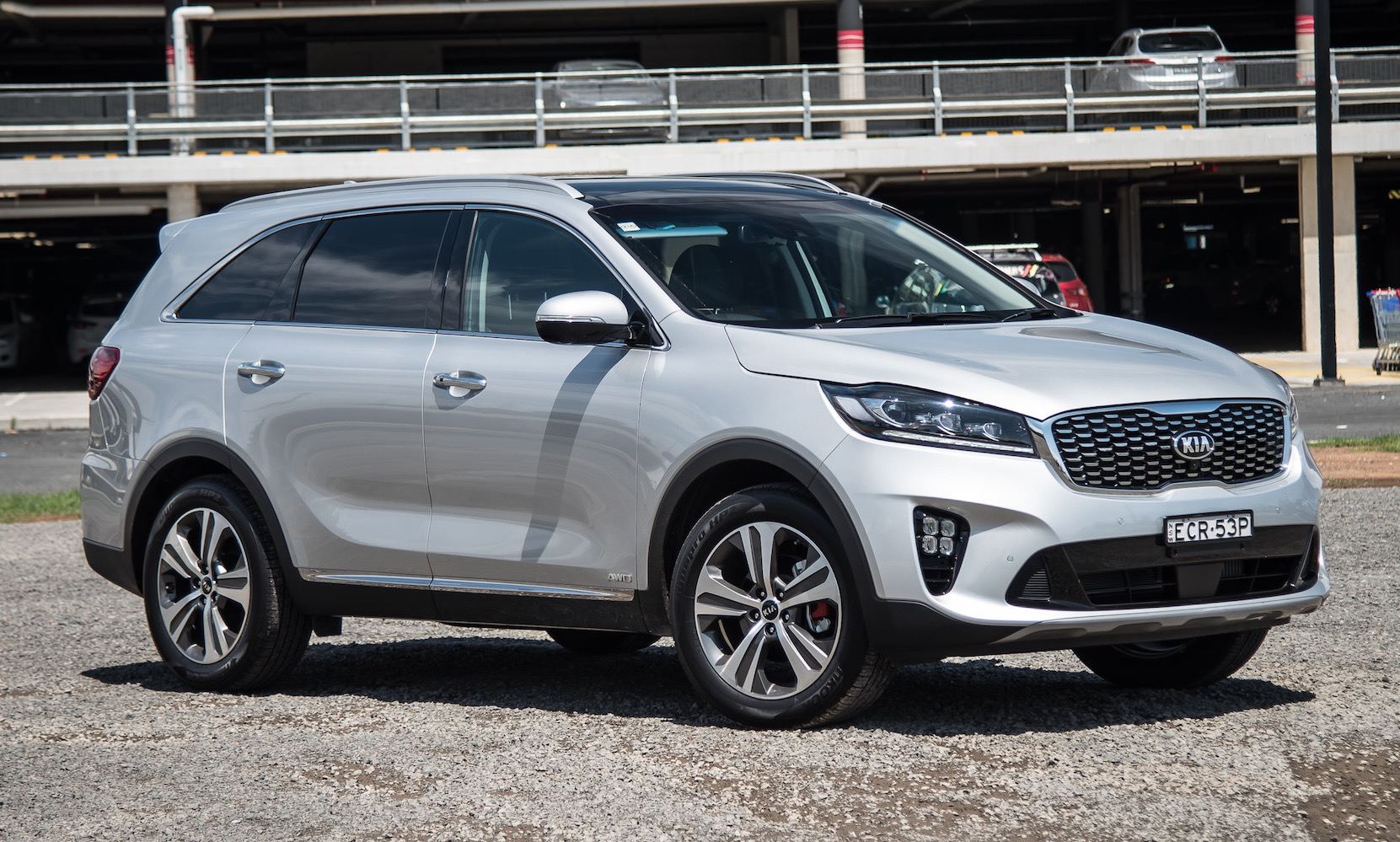 Kia has certainly raised the bar over the last few years with class-leading styling, improved quality, the longest warranty, and is maintaining very competitive prices. In the 7-seater SUV market, the 2020 Kia Sorento competes with the likes of the Toyota Kluger and Mazda CX-9. But the current shape has been out for a number of years now. Let’s put it under the microscope to see if it still has what it takes to compete until the all-new model is released later this year. 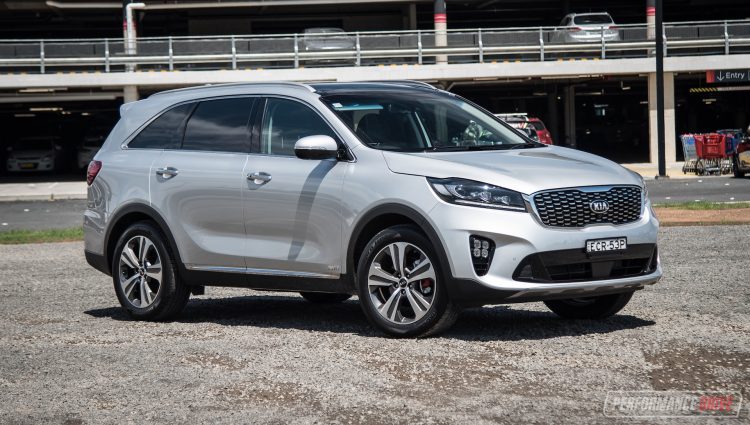 The lineup in Australia begins with the Si, then moves up to the Sport, the SLi, the Black Edition (limited time only), and at the top, the GT-Line. All variants are offered with the option of front- and all-wheel-drive, paired with an eight-speed automatic. If you choose front-wheel drive you get a 3.5-litre V6 petrol engine that outputs 206kW and 336Nm. AWD models use a 2.2-litre turbo-diesel four-cylinder, which is what we’re testing here in GT-Line trim. 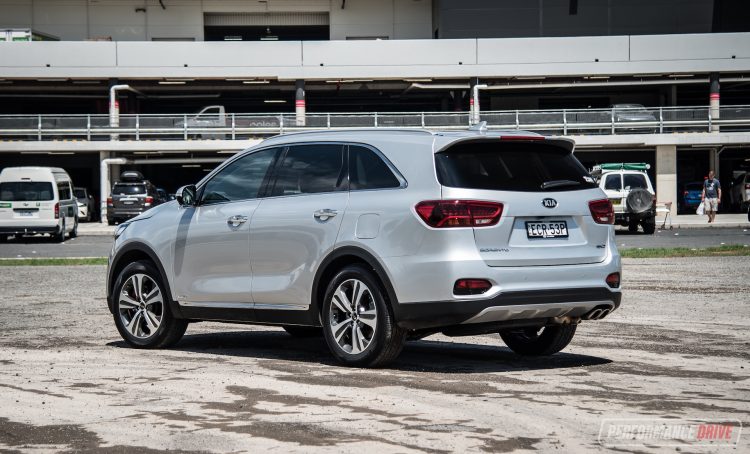 Thanks to influence from Kia’s head designer and former Audi design boss, Peter Schreyer, all Kias offer class-rivalling aesthetics. But the current model Sorento is now one of Kia’s oldest models. The design is starting to look a little common. Exterior proportions are clean and unthreatening. Contours are rounded, which make it a tad chubby. The four-prong driving lights in the lower bumper are used in other Kia models, and look sporty. LED lighting all round gives the large SUV a touch of class and a modern feel.

Turning to the interior, that simplistic design theme continues through. And this helps to create an easily navigable space. But some surfaces don’t look or feel as good as some of the higher-end rivals – like the harsh red backlit buttons or the plastic texture on the dashboard. 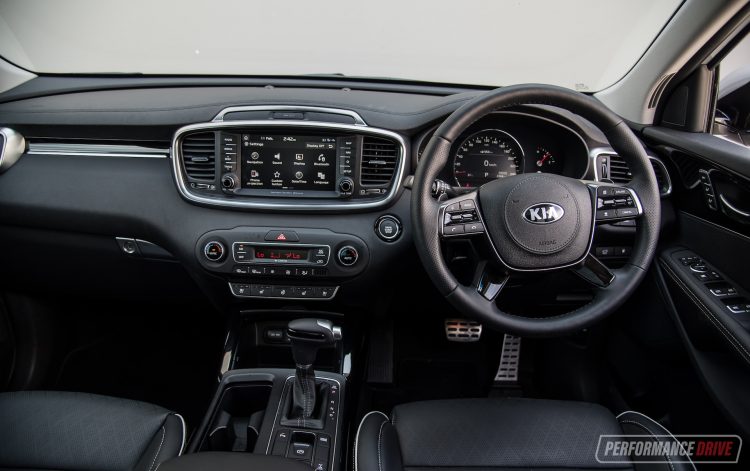 At $60k, it does sound like a lot of money for a Kia. However, the GT-Line comes jammed with features, and it is only $15k more than the most affordable Si model; many other manufacturers create a much larger price jump between the base and the top of the range. All models come with seven seats, forward collision mitigation, adaptive cruise control, daytime driving lights, selectable driving modes, lane departure warning and lane keeping aid, digital radio, and an 8.0-inch touch-screen media system with Android Auto and Apple CarPlay. There’s also a full-size alloy wheel spare, and tyre pressure sensors. 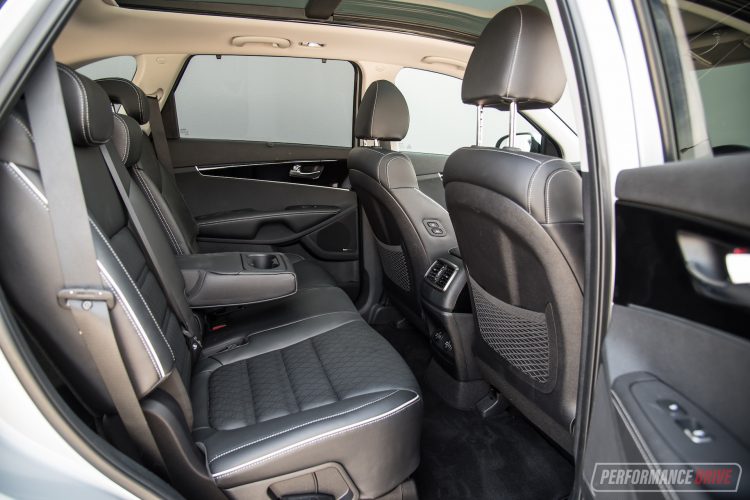 It misses out on rain-sensing wipers, wireless phone charging capability, and a speed limit reminder in the dash (but it does have the current speed limit in the multimedia screen when using the navigation, gathered from satellite geographic data instead of cameras that ‘read’ road signs).

The GT-Line also awards you high comfort levels from the GT-Line embossed partially leather seats. They are heavily bolstered and thick. In the rear, the legroom feels infinite. We easily accommodated five adults with long legs in the second row. And if you have more passengers to cart, the third row suffices for short distances for adults or happily for kids. We love that you can adjust the second row, as it slides on rails. 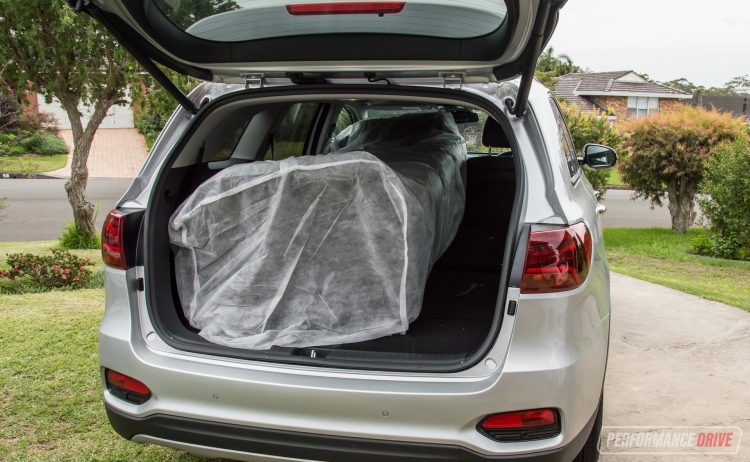 If boot size is of particular importance to you, the Sorento offers 142 litres of space with all three rows in use. But its 605 litres beats many competitors when the third row is folded down, including the Toyota Kluger and Mazda CX-9. And considering that a full-sized spare is under the floor, an additional compartment, and third row cupholders over the wheel arches have not been omitted, the space is very commendable. The volume can also be increased to 1662 litres when you fold the second row down as well. 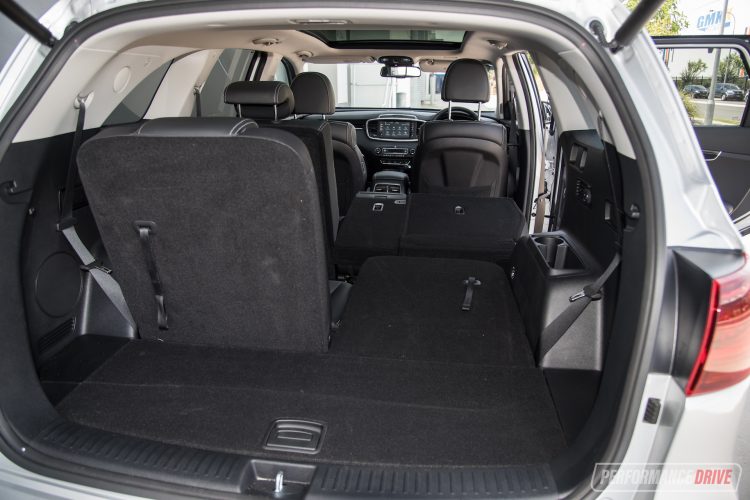 The 2.2-litre engine used in the Sorento is your run-of-the-mill turbo-diesel. It produces a decent 147kW at 3800rpm and 441Nm from a low 1750rpm. It certainly has the torque to push this large 7-seater along no matter how heavy your load is, but it’s not what you’d classify as sporty or ‘GT’-like. Having said that, it’s not too slow for its class either. Our testing revealed a 0-100km/h time of 9.76 seconds.

The all-important fuel consumption factor is applaudable. We achieved an average of 7.5L/100km during a week of testing. Its official rating is not far off at 7.2L/100km. When you consider the size and weight (1985kg), it’s not bad at all. These figures create a strong case over the petrol V6 option too, which has an official rating of 10L/100km. A 71-litre tank means you should get close to 1000km between refills. 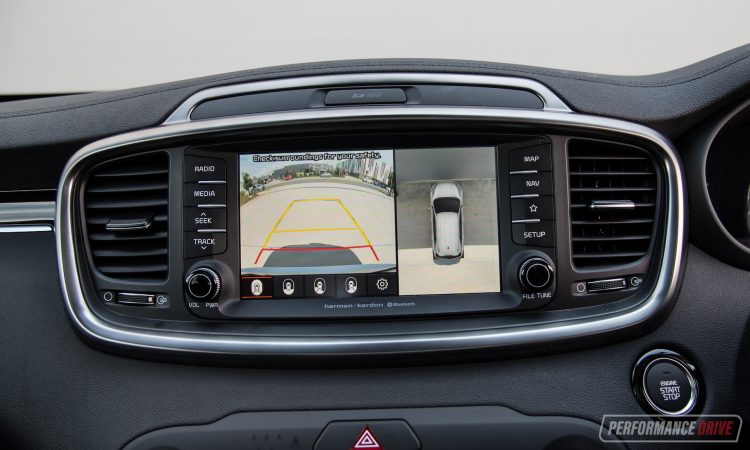 Kia’s in-house eight-speed automatic is used in the Sorento, and we are surprised to say that it is a stand out for being ultra-smooth and quick to transition through the gears. You hardly feel a gear change at all. But there is a tendency for it to hold onto the higher gears and slip the torque converter more than the average car. This means that when you accelerate hard when already moving, you get a labouring drone rather than a sudden drop of a few gear ratios. Thankfully, that torque still creates the surge of acceleration you’re looking for.

The towing capacity of all Sorento variants is typical at this corner of the crossover market; 2000kg braked, and 750kg unbraked. This is on par with the Mazda CX-9 and Toyota Kluger, but less than the more heavy-duty rivals such as the auto Isuzu D-Max 4×4 (3000kg) and auto Mitsubishi Pajero Sport 4×4 (3100kg). Maximum tow ball down load is rated at 100kg. 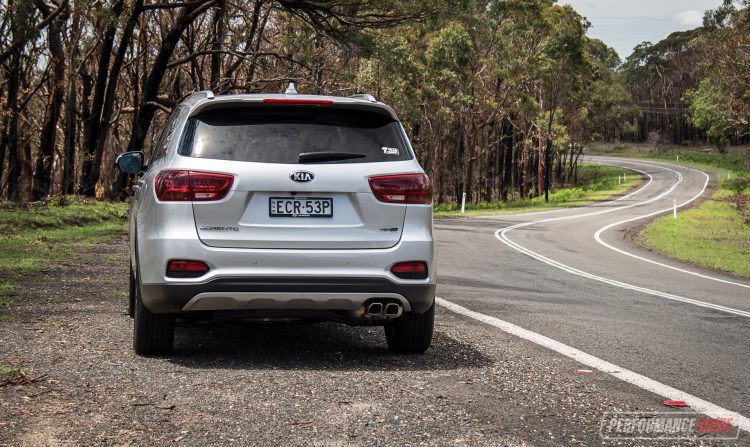 Turning to driving dynamics, the Sorento is clearly built to prioritise keeping the family comfortable. It handles bumps with poise and gentleness. Fast cornering will create a bogged down and bouncy tendency, but it can take on corners with loads and loads of grip – and, considering its size, the Sorento stays well-centred at highway speeds.

Kia has been thoughtful to include selectable driving modes. Most Sorentos won’t be doing anything more heavy duty than the odd dirt road. But if you do, the different modes are there for you to use. And there is a centre diff lock. It’s worth noting that the Sorento sensibly has road-oriented tyres only. They won’t get you far on more serious terrains, but being a crossover, it’s the on-road comfort and efficiency that will appeal more.

Although the current generation Sorento has been out for a while now, it still exhibits some market-leading initiatives in the large SUV market, especially when it comes to value for money. If you can live with the current design before the all-new model arrives later this year, you get an SUV that is packed full of the latest features, plenty of wriggle room on the inside, and fuel consumption that won’t break the bank. We can’t wait to see what the new model brings.

Some may have reservations with spending just under $60k for this GT-Line Kia. But that mindset will change more and more thanks to strong performers like the Sorento. And Kia offers peace of mind with the most generous warranty on the market; a 7-year, unlimited kilometre plan. Servicing is required every 15,000km or 12 months at a capped price as well.