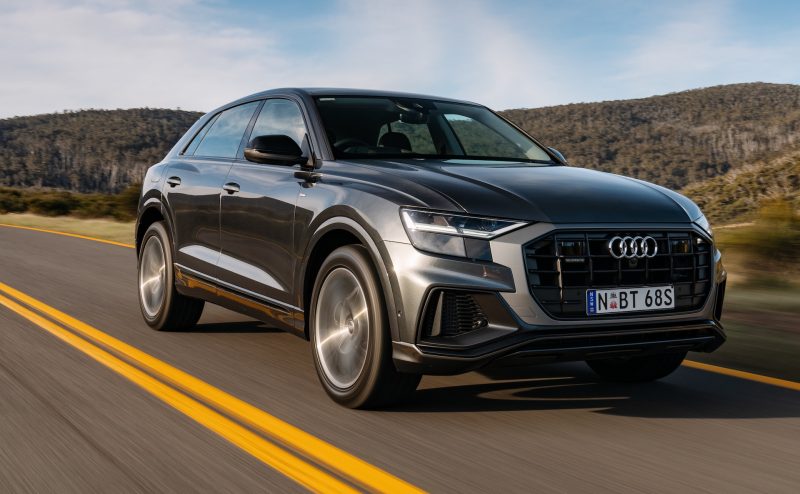 A powerful new diesel version of the 2020 Audi Q8 has arrived in Australia, adopting the 50 TDI badge. It joins the existing 55 TFSI petrol in the large premium SUV market. 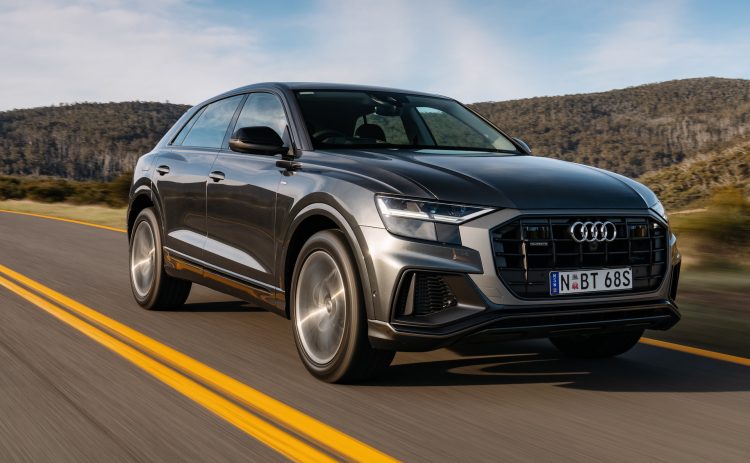 The Q8 is Audi’s large four-door coupe-style SUV, and up until now it has only been available with a turbo-petrol V6. However, the 50 TDI diesel option gives buyers an alternative, slightly more fuel efficient option. It comes with a pretty much identical level of equipment too. 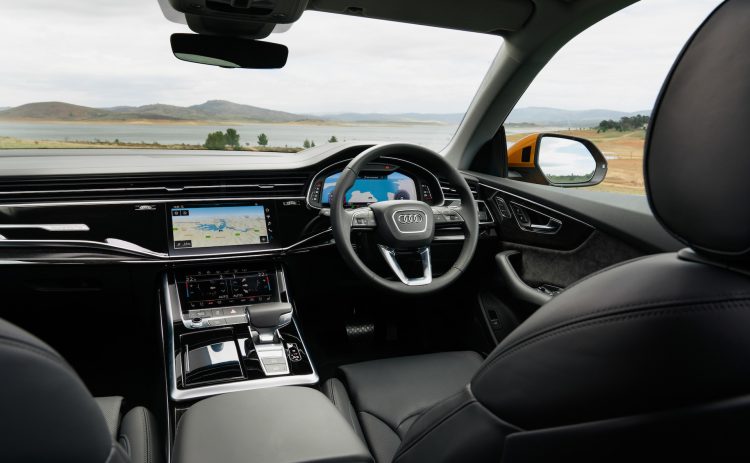 Inside, passengers are treated to Audi’s latest MMI Navigation suite, including a 10.1-inch and an 8.6-inch touch-screen on the centre console. It’s all connected up to a 10-speaker sound system with digital radio reception. Heated and cooled seats are standard in the front, along with Valcona leather, and wireless phone charging. Speaking about the new variant, Shawn Ticehurst, product planning and pricing director at Audi Australia, said:

“The Q8 is characterised by its aggressive and contemporary design language, and it also boasts an incredible level of standard features inside and out. We are pleased to now offer the 50 TDI variant in the Q8 range, given the popularity of powerful and efficient diesel engines in this segment.”

Audi says the new model is on sale now, and it can be purchased through Audi’s online purchasing platform. Prices start from $129,900, which is the same starting price as the 55 TFSI (excluding on-road costs).