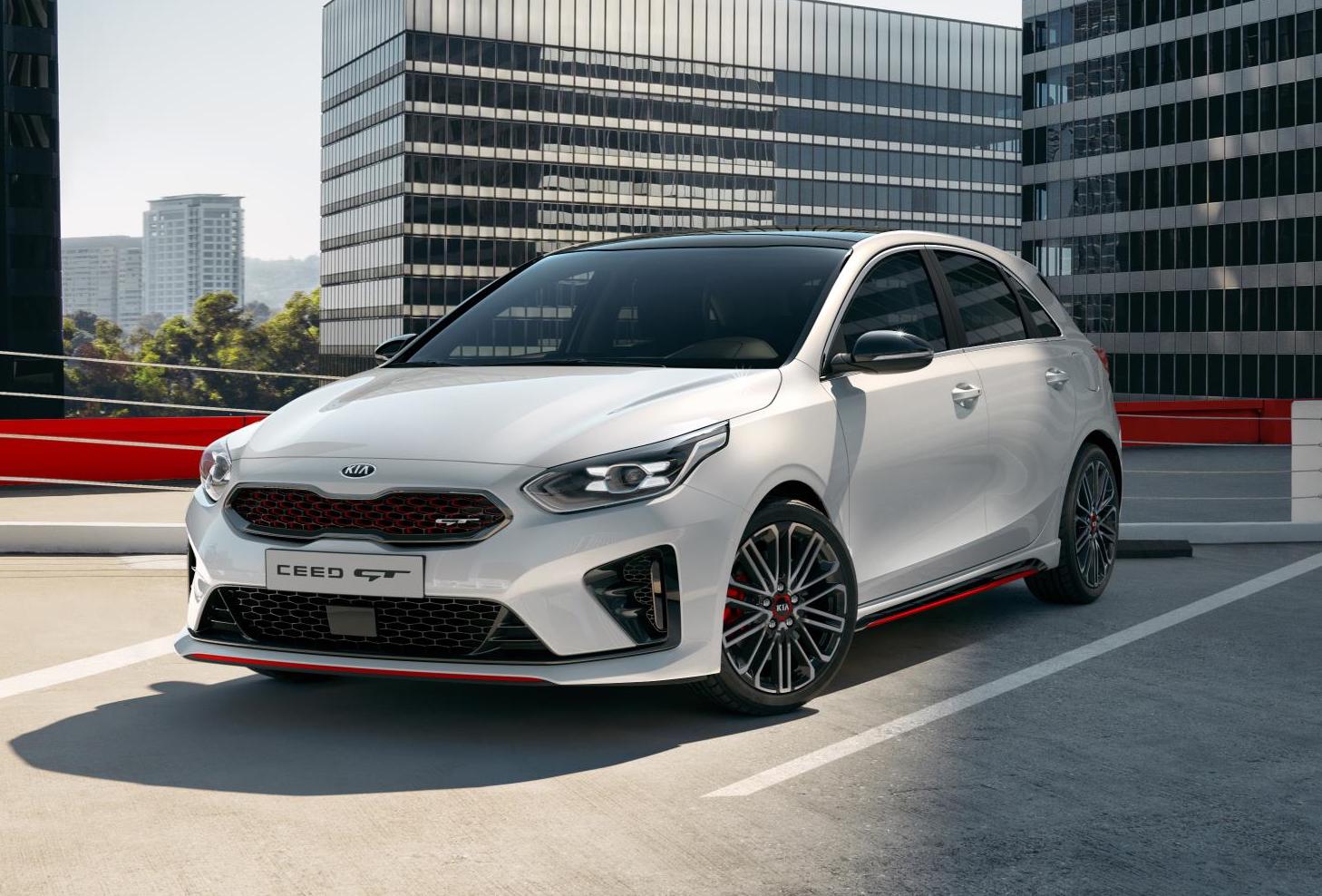 Check out this sporty hatch. It’s the new, 2019 Kia Ceed GT. Kia will unveil the car to the public at the Paris motor show in October, alongside the all-new ProCeed GT. 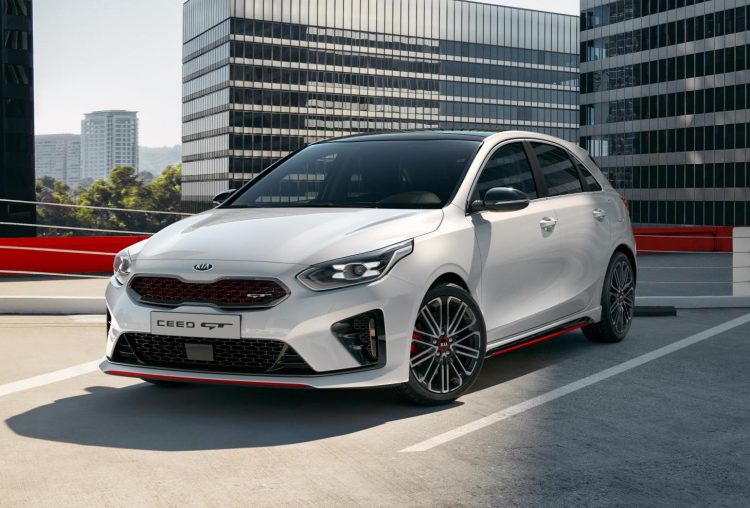 Starting with the exciting looks. The new model receives a sporty front end with large intakes, gloss and red black trimmings, and a modern interpretation of Kia’s four-lamp ice-cube LED daytime running lights integrated into the headlights. Further around is some extended side skirts in black and red, along with a set of 18-inch alloy wheels, with a unique rear bumper bar and black diffuser section.

The hatch rides on sports suspension which lowers the ride height by 5mm over the standard Ceed and Ceed Sportswagon, further enhancing its street cred and road stance while also supporting spirited driving. Also supporting sporty driving are a set of uprated brakes, with 320mm front discs, as well as a set of Michelin Pilot Sport 4 tyres.

Under the bonnet sits a 1.6-litre turbo-petrol four-cylinder engine producing 150kW and 265Nm. This is matched to either a six-speed manual as standard or an optional seven-speed dual-clutch auto. In either case, the power is transferred into a front-wheel drive system. Kia says acceleration and economy figures will be announced closer to its lunch in 2019. 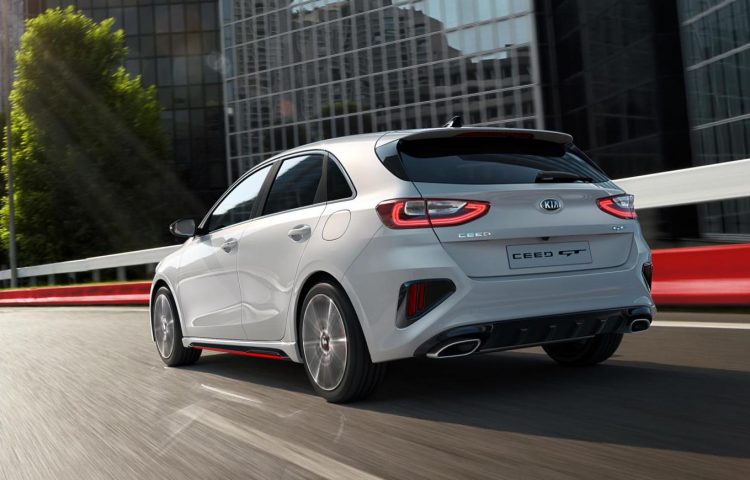 Drivers will be able to utilise the Drive Mode Select toggle for versatility, offering Normal and Sport settings. These alter the steering feel and the character of the powertrain. For example, in Sport mode the throttle response is sharpened up and the steering becomes more weighted for a more engaging feel.

Taking a look inside and you’ll notice quite a nice decor, as with most modern Kias. There’s a 7.0-inch or optional 8.0-inch touch-screen media system on the dash with Apple CarPlay and Android Auto, with tunes pumped through a JBL premium sound system, while passengers are wrapped in nicely bolstered sports seats. Some red highlights are thrown about to reiterate its racy character.

Unfortunately for us Australians, the 2019 Kia Ceed GT will go on sale exclusively in Europe from the first quarter of next year.