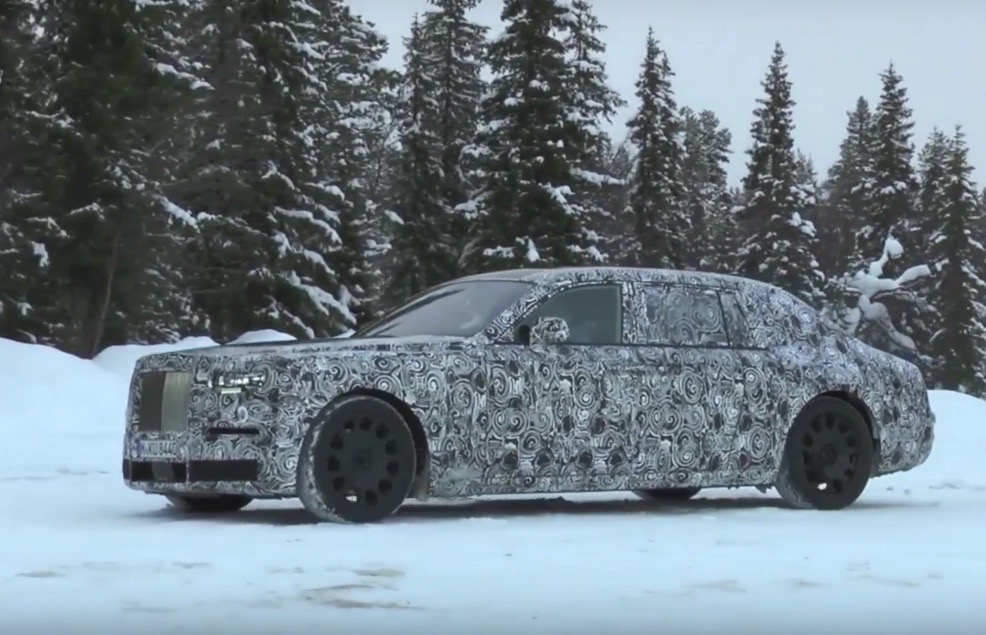 A prototype version of the all-new Rolls-Royce Phantom has been spotted, testing in extreme winter conditions in northern Sweden. 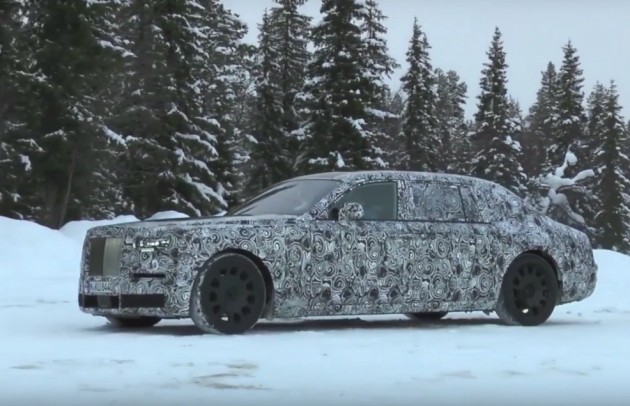 The new Phantom is set to be the first new model to take on the fresh platform, and as you can see in the video below the new model appears to have grown slightly. You can see the roof in particular seems taller although drooping down more towards the rear like classic Rolls-Royce models.

Its overall design does seem to echo the current model’s layout, only tweaked and tuned for a more modern setting. Of course, there is the possibility Rolls could simply be using a modified version of the current body purely for testing purposes.

Underneath it all is what really matters. The company is using plenty of aluminium in the construction of the new model to help reduce weight. Reducing weight will not only help out with performance, it will also contribute to increased efficiency and improved road manners.

Rolls-Royce will likely introduce various variants of the next Phantom, including a long wheelbase version and options for all-wheel drive adopting BMW’s xDrive system. A coupe, or Drophead as it’s know, will be introduced down the line as well.

In the video it looks like test drivers are collecting some data on snow and ice conditions while seeing how the luxury land yacht handles on the slippery stuff. It looks like there was a little bit of fun on the agenda as well.

Rolls-Royce will introduce the new Phantom in 2018 with a public debut in concept form likely taking place next year.