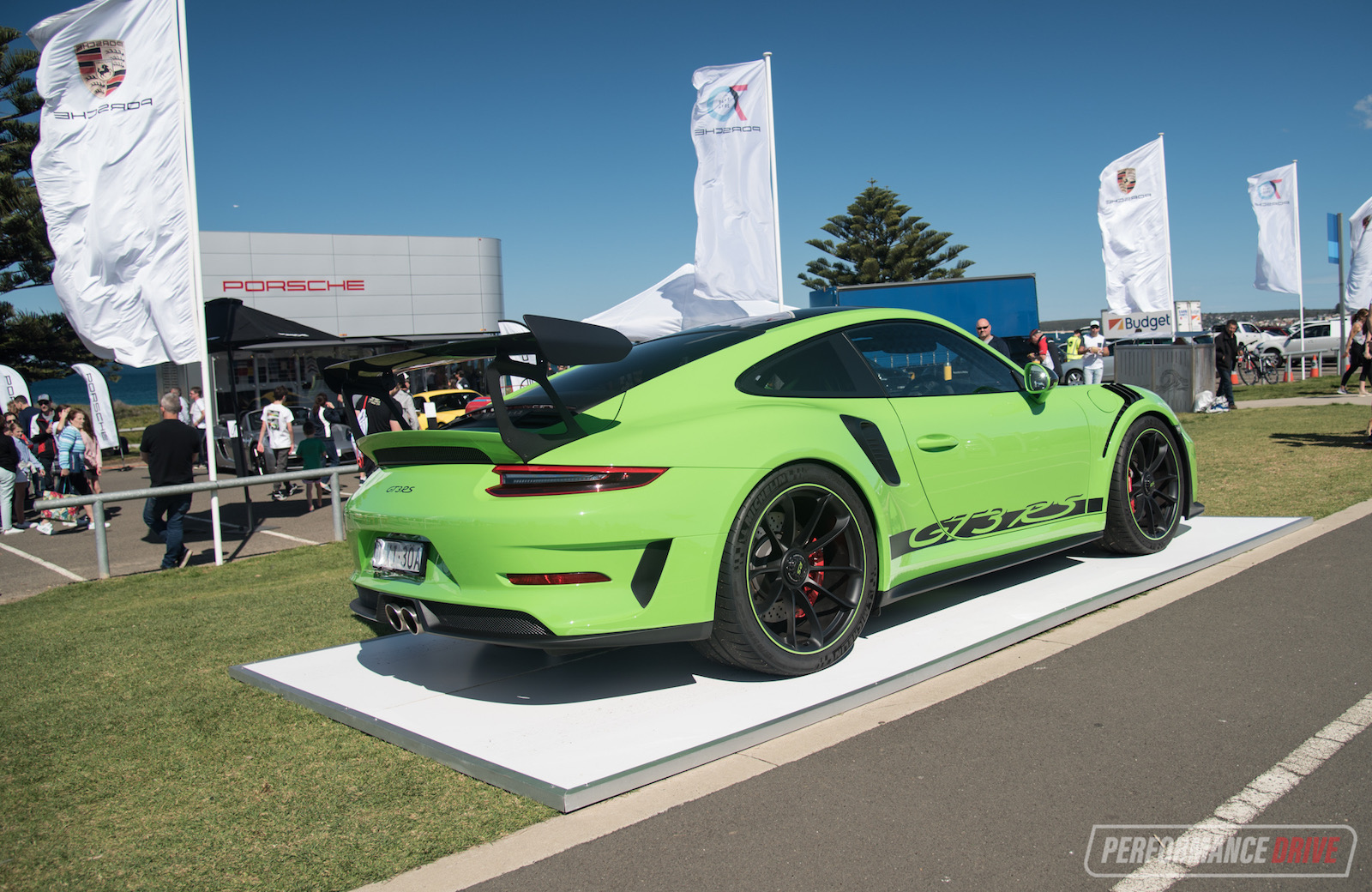 Porsche Australia hosted a unique ‘park up’ event in Cronulla today to help celebrate the 70th anniversary of the sportscar manufacturer. And as a bonus, the new 2018 Porsche 911 GT3 RS made its local debut. 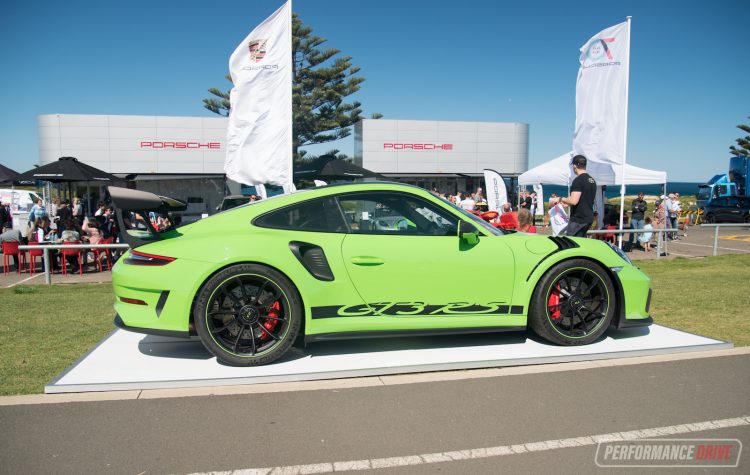 Fans were treated to a close-up look at the new 911 GT3 RS, with the first right-hand drive example in the country on display. It was coated in the unmissable new Lizard Green paint option, and parked just outside a special marquee-like setup modelled like a Porsche showroom just for the event.

The new GT3 RS was revealed to the world earlier this year, showcasing a 4.0-litre naturally aspirated flat-six engine that develops an incredible 383kW. It’s able to dust off 0-100km/h in a claimed 3.2 seconds, and has lapped the famous Nurburgring in just 6:56.4. 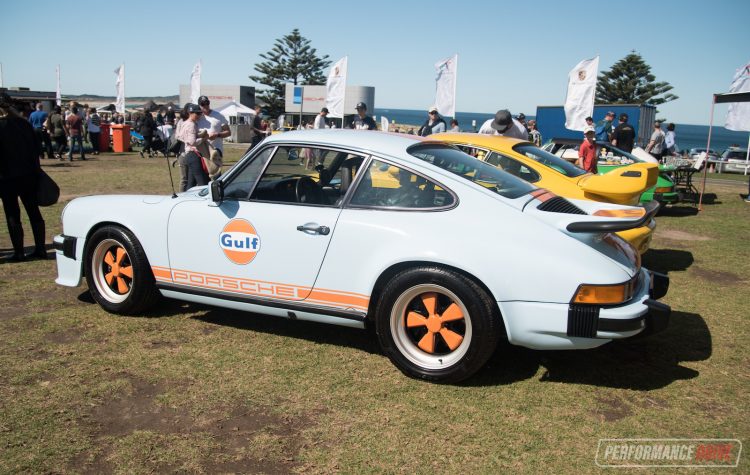 Porsche fans have been able to order the new model for a few months now but this was the first example of its kind to be on display in Australia. Prices start at $416,500 (excluding on-road costs). 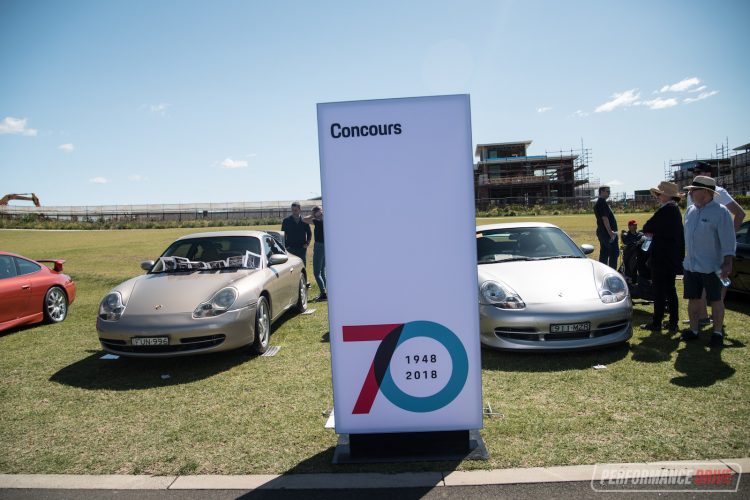 Aside from the presence of the mighty GT3 RS, the event was a way of celebrating the 70th anniversary of Porsche. And what better way to do that than with a large gathering. Around 200 customer cars parked up for a stunning spectacle for fans and the good people at Cronulla to enjoy for the morning. 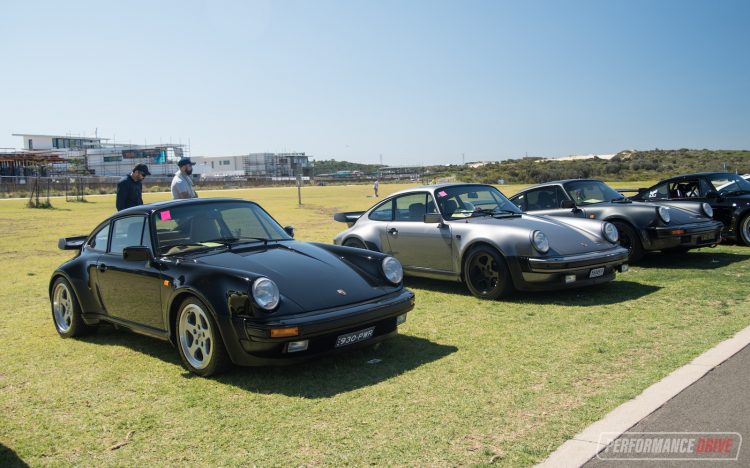 A huge range of Porsche vehicles made up the collection, including classic 356 and pre-911 models, the shorter-lived 924, 944 and 928 series, as well as a handful of extremely rare models such as the Carrera 2.7 RS. A modern Carrera GT also made it to the park, which was probably one of only a few in the country. 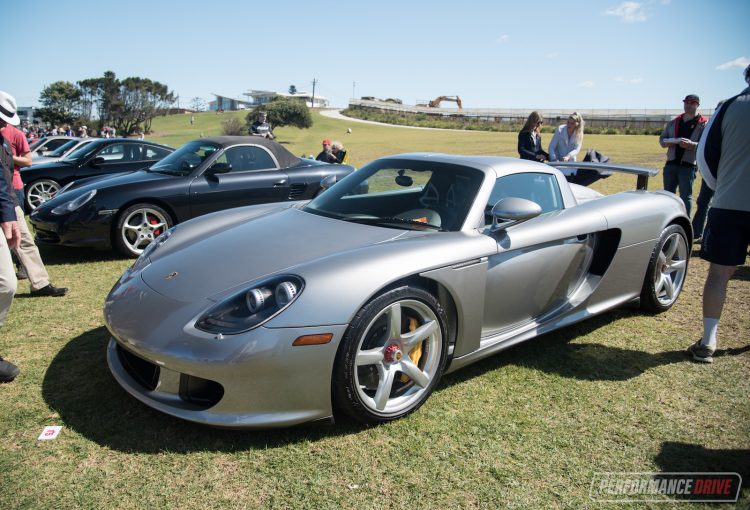 Porsche Australia had setup a unique ‘Porsche in Motion’ experience for fans, too. This Australian-made apparatus allowed spectators to take a seat inside the iconic Porsche 911 and explore the sports car in virtual reality.

Of course, fans were also able to check out Porsche’s latest range and have a seat in a few examples that were on display, including the new Cayenne and 911 GTS. Check out our big gallery below for a sample of some of the cars that made up the event.