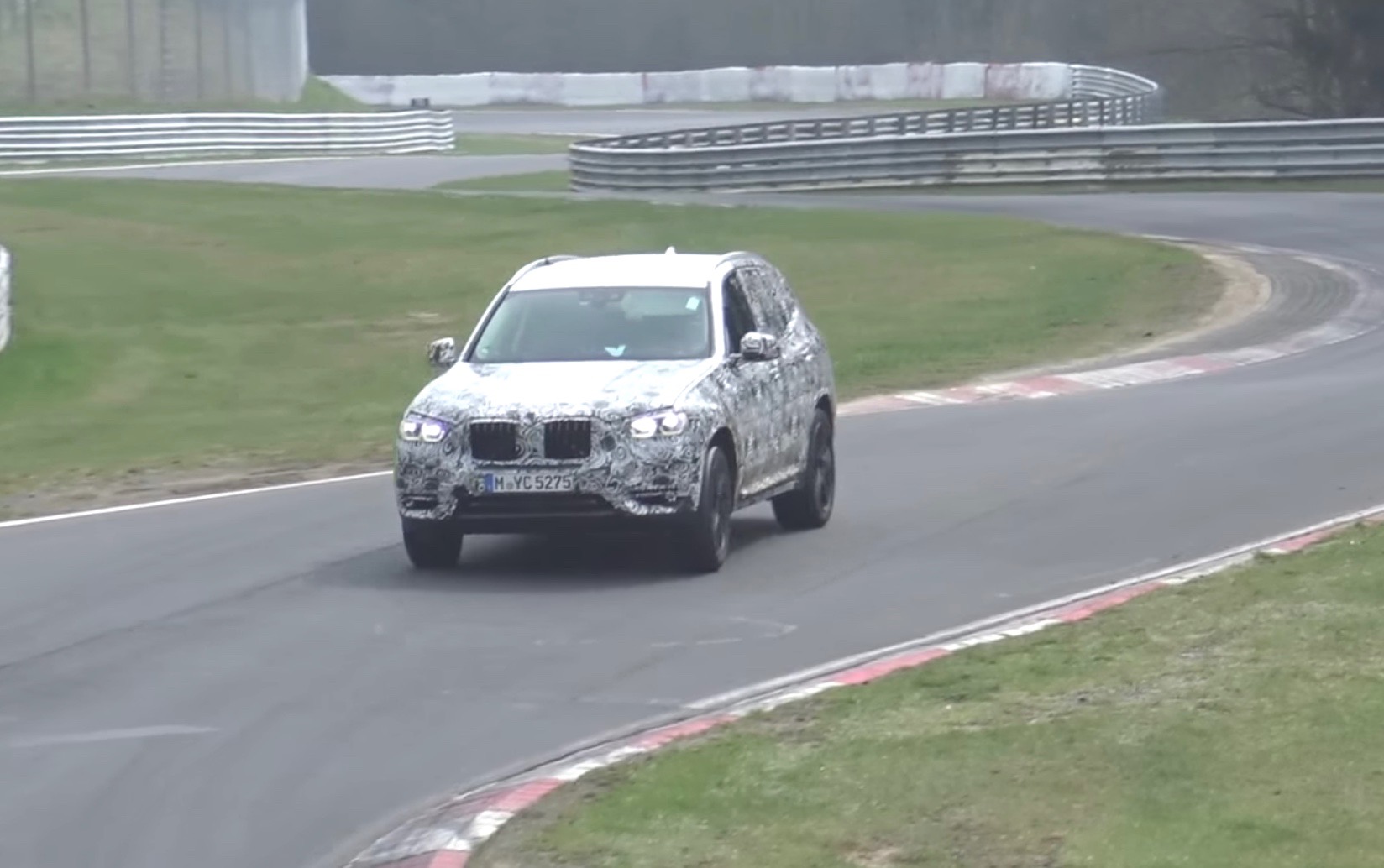 BMW is believed to be working on various high-performance versions of the next-gen X3. Want proof? A prototype was recently spotted at the Nurburgring sporting an unmistakably raunchy engine note. 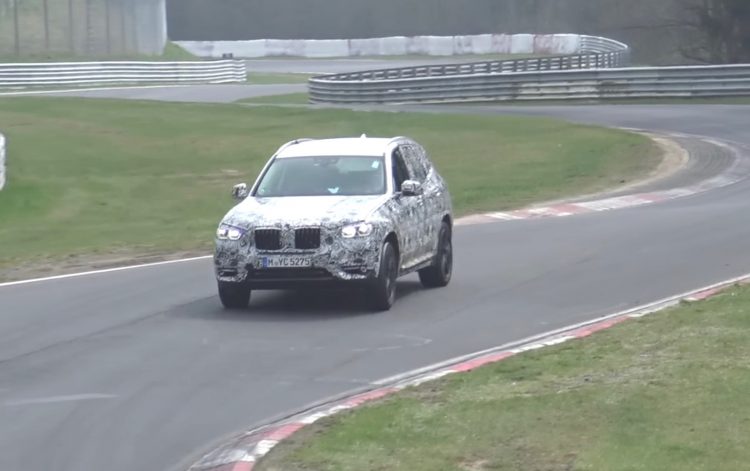 Some trademarks were found earlier this year detailing a range of new nameplates that could potentially be destined for the next-gen X3. Interesting ones included X3 M40d, X3 M40i, and X3 M.

It’s unclear what this prototype is exactly, but judging by the sounds it is producing we think it could be the mild M40i version. It doesn’t seem as loud or as aggressive as the quad-exhaust-equipped prototype spotted last year. Some telltale signs that this is at least one of the sporty versions include twin exhausts out the back, low profile tyres and big wheels, decent-size brakes, and a subtle aero kit for the body.

BMW will be looking to provide a rival for the recently-introduced Mercedes-AMG GLC 63 and its 4.0-litre twin-turbo V8. So, to contend with that it’s understood BMW M will shoehorn the 3.0-litre turbo inline six from the M3/M4 into the new X3. In those cars the unit develops 317kW. However, the Merc develops 375kW. Some believe BMW will tweak the unit, switching from codename S55 to S58, to produce around 340kW. This would make it the most powerful X3 ever.

For the suspected M40d version, this could come with the triple-turbo inline six from the old M50d. Now that BMW has a quad-turbo M50d in the case of the 5 and 7 Series, there is a chance the smaller X3 could get the older tri-turbo setup. It produced 280kW and 740Nm in the X5/X6 M50d.

Various prototypes of the regular 2018 X3 have been spotted out and about lately wearing very little camouflage, suggesting a full reveal could take place in the next six months or so. Stay tuned, and check out the video below for a preview.