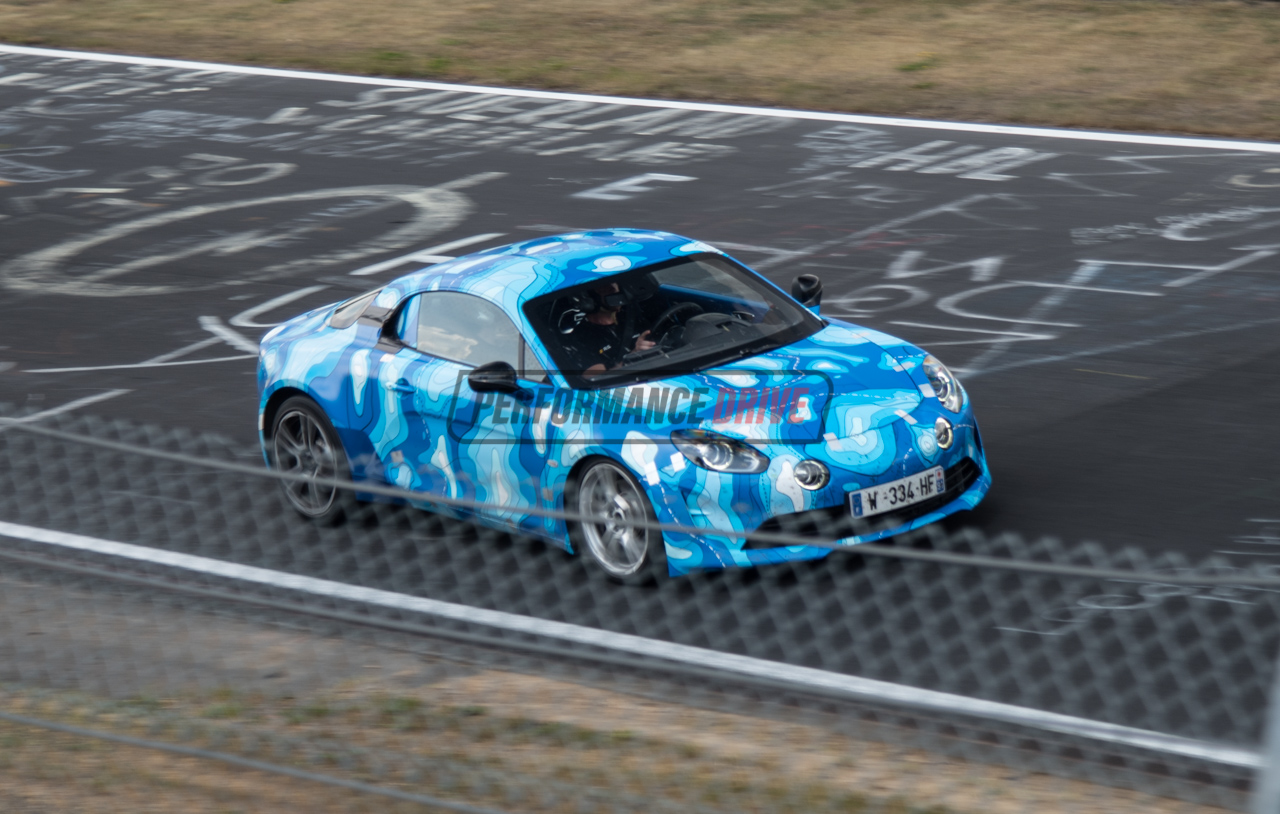 Alpine has been spotted testing a prototype version of its upcoming A110 sports car, which is making its dynamic driving debut this weekend at the Goodwood Festival of Speed. 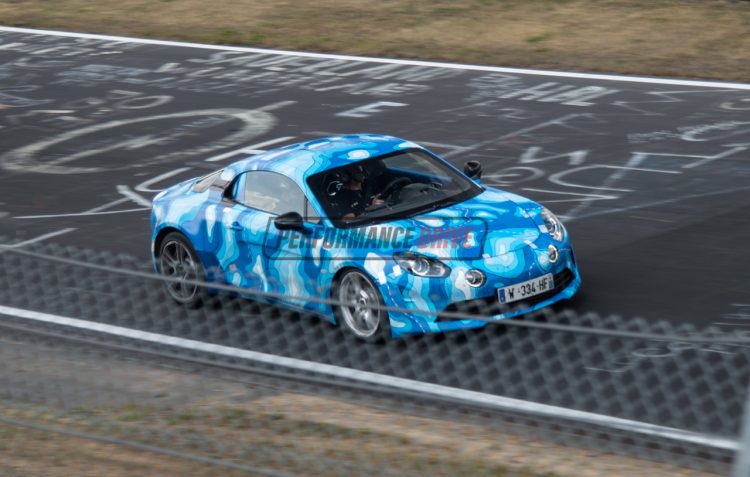 The new A110 harks back to the classic A110 sports cars of the 1970s, taking on a similar design philosophy albeit adopting a modern interpretation. Its small bubble-like cabin glasshouse carries over, along with perky headlights, and a long-sweeping tail.

Like the classic models, the new version is the built by Renault. And it looks like engineers are taking its development quite seriously, pushing this prototype quite hard on the infamously treacherous German circuit.

Alpine confirms power will come from a 1.8-litre turbocharged four-cylinder engine producing 188kW and 320Nm. Acceleration from 0-100km/h is taken care of in 4.5 seconds, partly thanks to a low kerb weight of just 1080kg. The weight distribution is 44:56 front to rear. 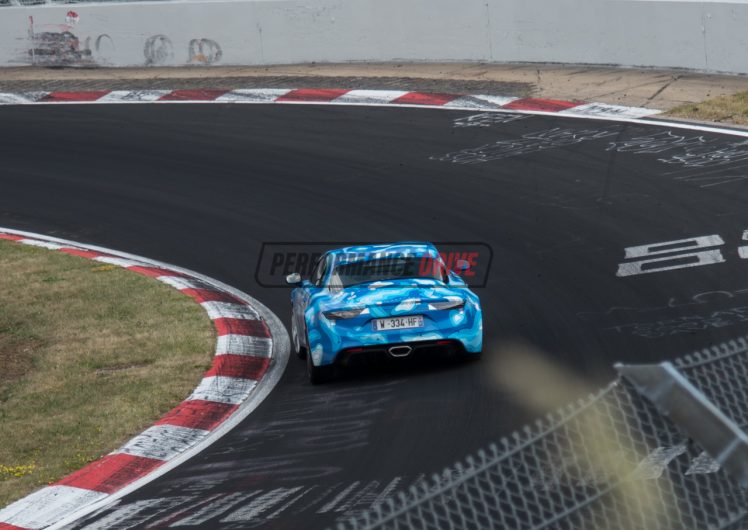 Out on the track the car appears to stick true to its tradition by being a very small and petite sports car. It measures 4178mm in length, 1798mm in width, and just 1252mm tall.

The two-seater will make its driving debut at the Goodwood Festival, sprinting up the famous Supercar Run. However, here we can see and hear the car for the first time. We managed to capture the rorty machine at famous parts of the Nurburgring, going at what looked like pretty serious speeds.

Renault will be launching the new Alpine A110 in the UK early in 2018. Specific market regions around the world that are destined to receive the French sports car are yet to be confirmed. Click play below for a quick preview.