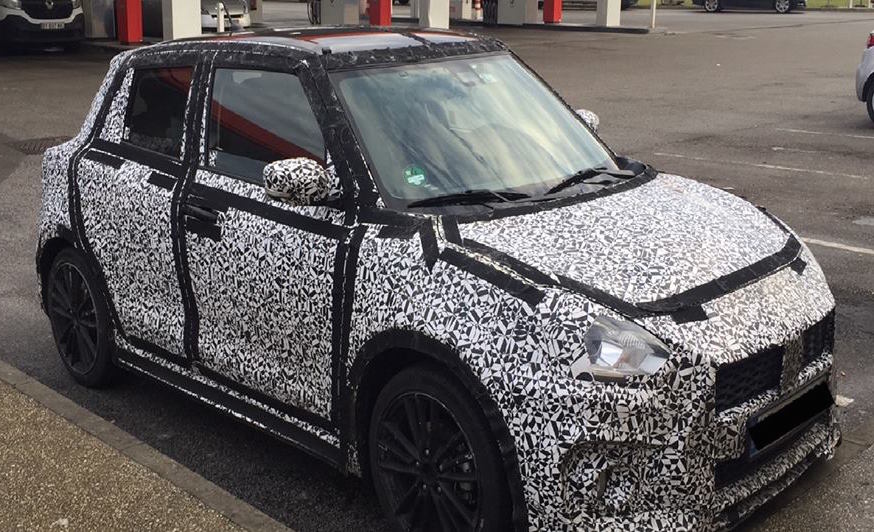 Some images showing a prototype version of the next-gen 2017 Suzuki Swift Sport have surfaced on social media, providing a first-look at some of the body design and aero features that are in store for the popular hot hatch. 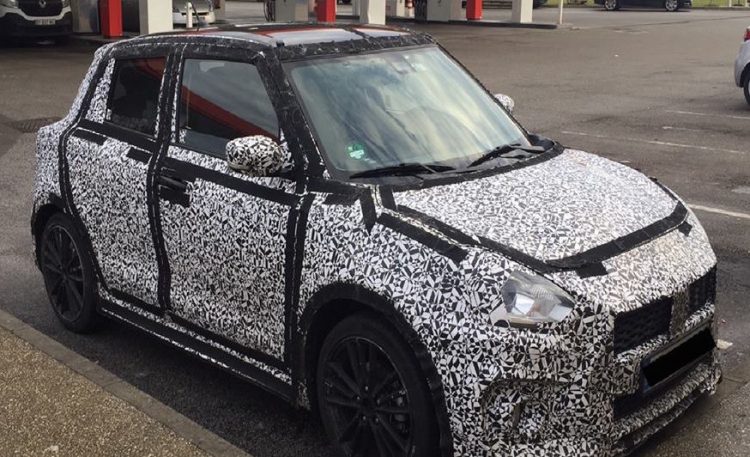 While there has been confirmation of a 1.0-litre turbo engine for some markets, and even a hybrid model for others, the company is yet to reveal or indeed confirm any concrete details for the range-topping Sport variant.

Judging by these spy photos, first published by Ferd Facebook page, the 2017 Swift Sport will come with a pretty aggressive bodykit compared with the outgoing model. You can see a deep front air dam, low chin spoiler, chunky side skirts, and a neat little diffuser at the back housing twin exhaust outlets. 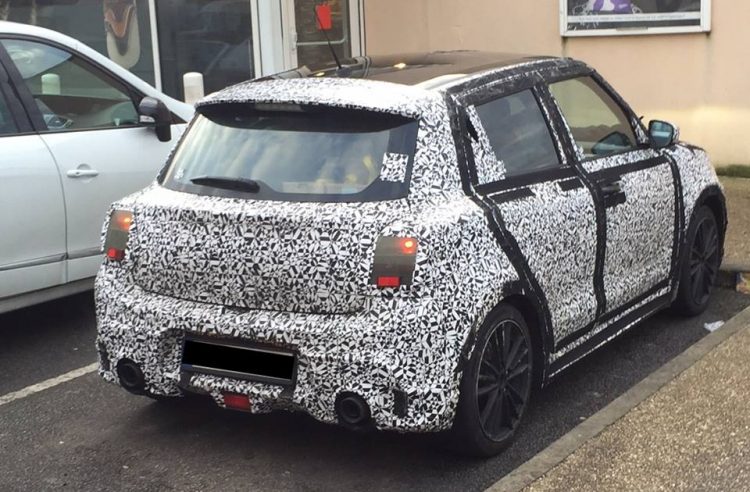 As mentioned, the beans are yet to be spilled in regards to powertrain specs. However, international reports point to the 1.4-litre BoosterJet turbo four-cylinder as a likely power source.

This engine is currently found in the Vitara S Turbo and the new S-Cross SX4 turbo, where it produces 103kW and 220Nm. This doesn’t sound like much, but considering the outgoing Swift Sport and its 1.6 naturally aspirated engine develops 100kW and 160Nm, the BoosterJet would provide a nice little kick in performance.

Seen as though the 1.4 turbo is found in the aforementioned SUV and crossover, we suspect the performance would be quite a step ahead due to the lightness of the Swift, in comparison. The increased torque over the current 1.6 would also give it some decent punch exiting corners and during uphill climbs.

Although yet to be confirmed, the 1.4 turbo seems in line with Suzuki’s recent product philosophy shift; the Vitara, S-Cross, Baleno, and even the new Swift (non-Sport) are all available with a turbocharged petrol engine. We’ll have to wait for official confirmation before getting too excited though. Stay tuned.