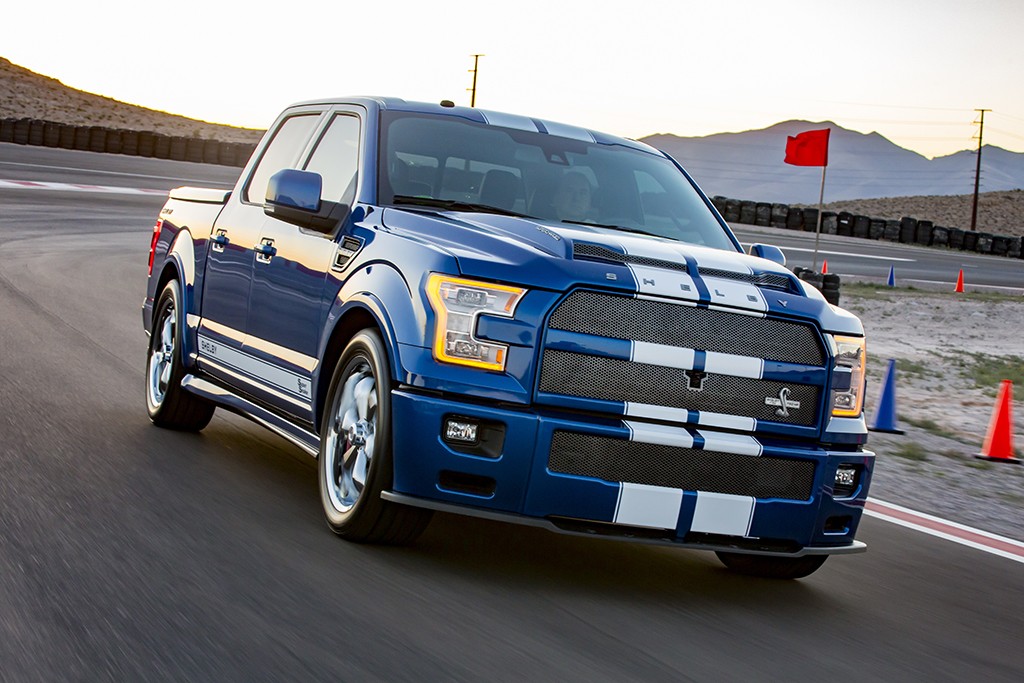 The supercharged 2017 Shelby F-150 Super Snake has slithered out, giving American buyers the first sports oriented F-150 since the Lightning of the 1990s – the subsequent Raptor is more of an off-road ball-tearer. 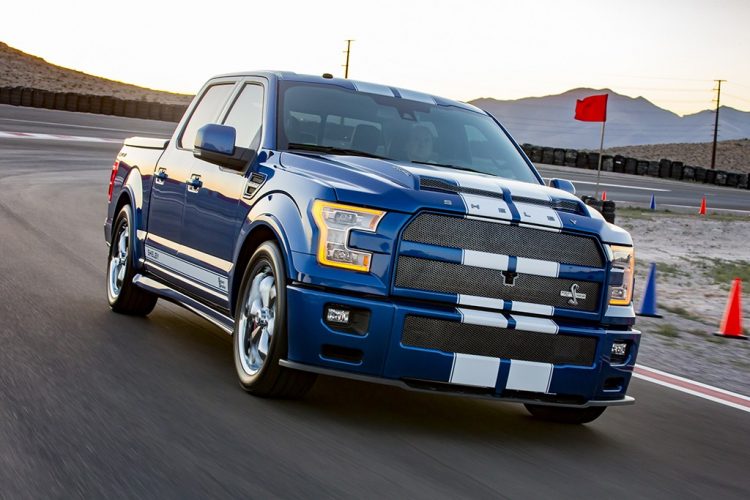 Highlights include a unique bodykit with mesh grille, blue paint with white stripes and 22-inch chrome alloys shod with 305/45 R22 tyres, Super Snake logos and a bonnet scoop with an air intake. Other notable inclusions are a carbon fibre air intake and Shelby-tuned suspension.

Ford Performance teamed up with exhaust specialist Borla for the engine breathing, which is a 559kW (750hp) supercharged version of the 5.0-litre Coyote V8. 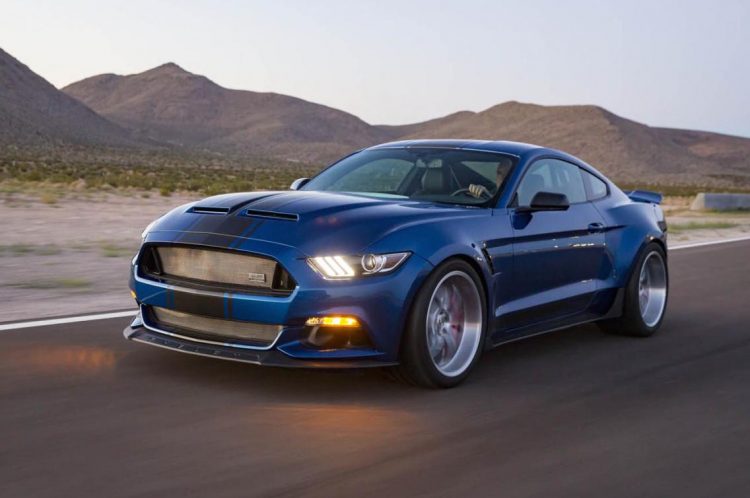 Meanwhile in related news, the Mustang has also come in for some attention, in the form of the 2017 Shelby Super Snake widebody concept.

As the name suggests, it scores a more aggressive and fatter bodykit, with staggered Michelin Pilot Sport Cup 2 tyres; 345mm at the back and 305 at the front, wrapped around 20-inch wheels. It also gets adjustable coilovers, Brembo brakes and the same 559kW engine as the F-150 Super Snake.

This is said to help it accelerate to 100km/h in 3.5 seconds, but performance figures for the pickup truck are yet to be supplied.