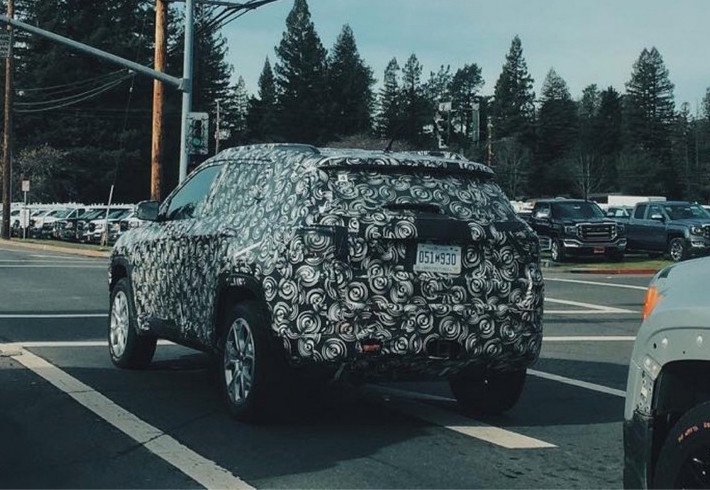 Jeep has been spotted test driving a prototype version of the next-gen mid-size SUV, set to replace both the Compass and Patriot. The vehicle was seen on public roads in the US. 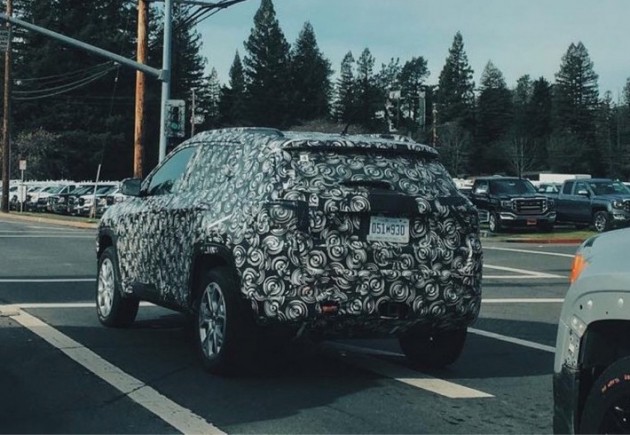 The prototype pictured shows a more rounded body design compared with the current Compass and Patriot, with similar wheel arches as the current Cherokee, and a sporty C-pillar design.

It’s understood Jeep is down to final testing of the new model before it’s expected public debut at the New York Auto Show in March. This image, first appearing at indianautosblog, shows the vehicle is pretty much complete aside from the disorienting paintwork.

Powertrains are likely to be adopted from the smaller yet newer Renegade as opposed to being carried over from the current Compass and Patriot. This should include the 2.4-litre “Tigershark” four-cylinder that generates 129kW and 230Nm. We can also expect to see an introduction of the new nine-speed automatic transmission.

Compared with the current Compass, this prototype appears to be just as prepared for off-roading, presenting decent ground clearance and short front and rear overhangs. According to reports, it also has to replace the more heavy-duty Patriot, which could mean it will come with some clever all-terrain driving modes, at least in top-variant all-wheel drive guise.

It will be interesting to see what style of front end Jeep goes for with the new model. Will it take on the somewhat controversial theme of the current Cherokee, or will it go for a more traditional look as seen on the Renegade? These two vehicles are the company’s latest SUVs, which means the new Compass is likely to be inspired by at least one of them (or both).

More information is anticipated in the coming weeks, before the start of the New York show which kicks off on March 25.