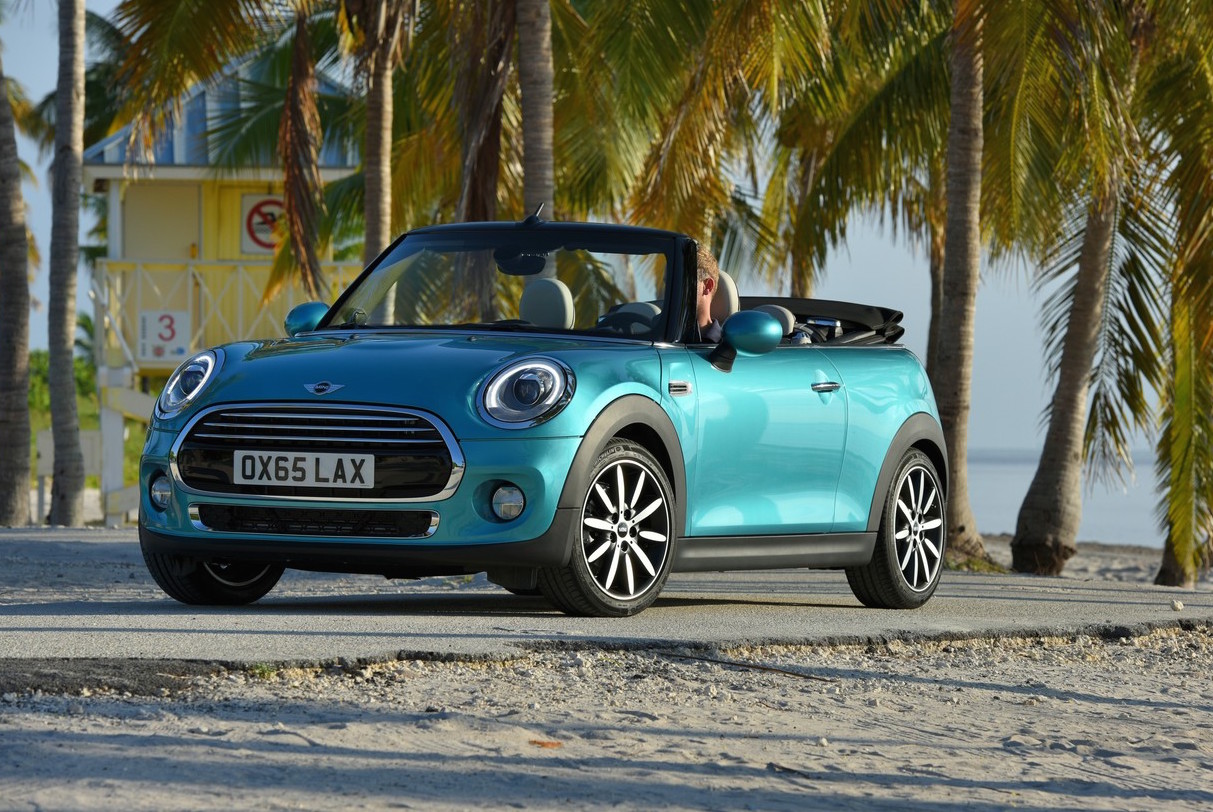 This is the 2016 MINI Cooper Convertible, showcasing larger dimensions, a fresh design in tune with the regular Cooper hatch, and a new soft-top electric-folding roof. 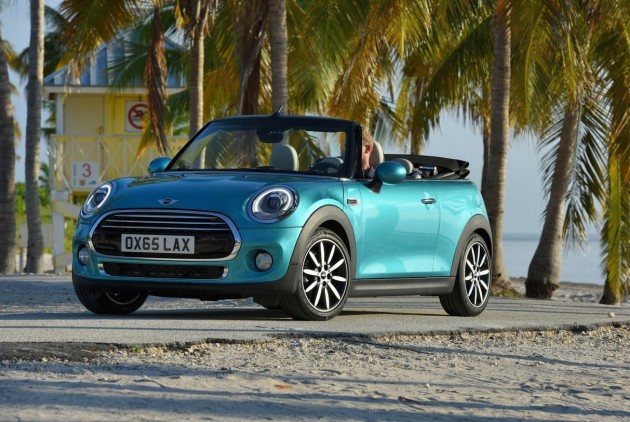 Based on the latest Cooper hatch, the 2016 Convertible rides on BMW’s UKL platform which underpins the 2 Series Active Tourer, the new BMW X1, and the regular 2014-onwards MINI Cooper hatch.

With the new platform, the convertible version is 98mm longer, 44mm wider, and 7mm taller than the outgoing model, opening up more space in the cabin for passengers and cargo. This is helped by a longer wheelbase too, which spreads 28mm further than before.

Like the hatch, the new drop-top comes with a 1.5-litre turbo three-cylinder petrol engine producing 100kW and 220Nm, or a diesel version producing 85kW and 270Nm. A Cooper S hot version uses a 2.0-litre turbo developing 141kW and up to 300Nm during overboost, while a high-performance JCW model is expected further down the track.

Inside, passengers are treated to a new cabin with 36mm of extra kneeroom, more headroom, and added shoulder space. Boot space has also been increased by about 25 per cent, now rated at 215 litres (160 litres with the roof down). New trim packages have been introduced as well, including Chester leather in Malt Brown.

MINI Australia will launch the new model during the middle of 2016. Local prices and specifications/grade levels are yet to be announced.