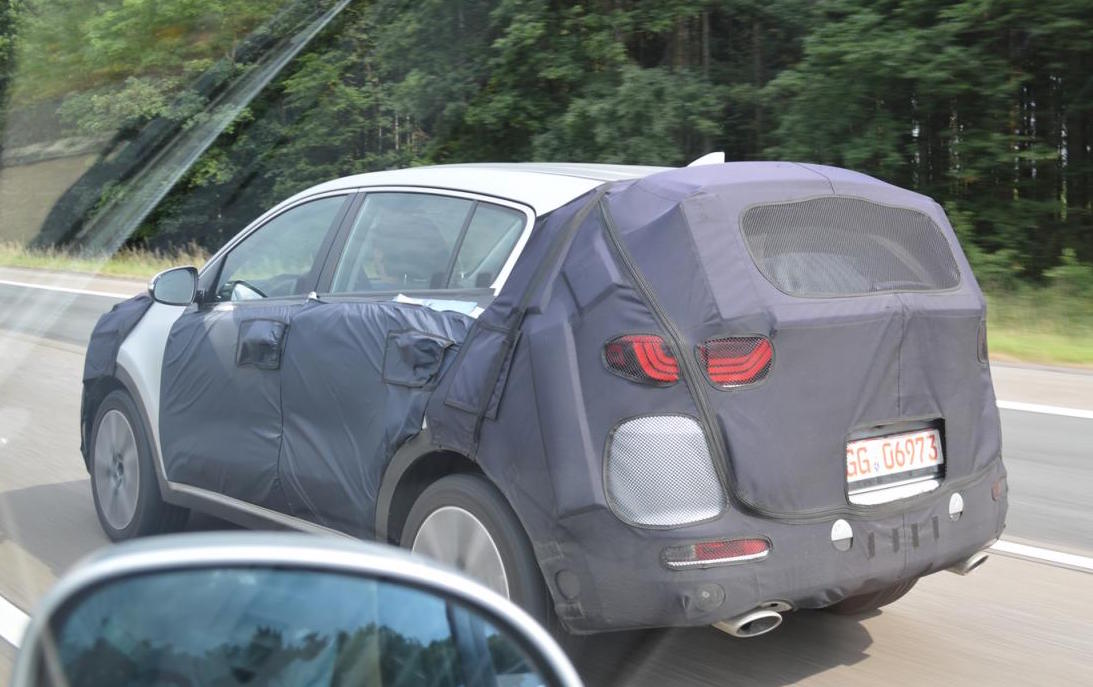 An interesting SUV prototype has been spotted in Germany wearing heavy camouflage, hiding what is believed to be the 2016 Kia Sportage. 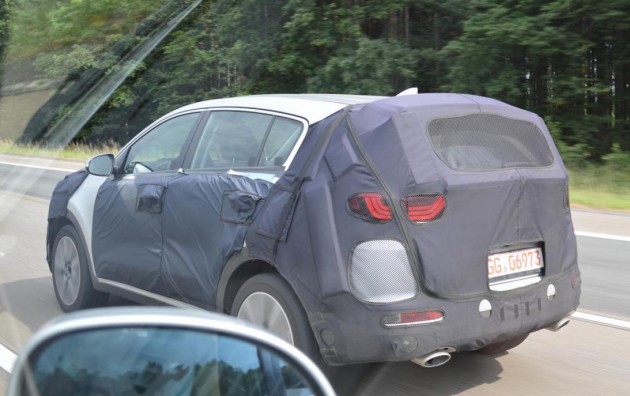 The current Sportage has been around now since 2010. It features some older powertrain options, especially considering Kia – and Hyundai – have some much newer units out at the moment.

For the new model it is believed Kia will borrow plenty of technology and foundations from the upcoming Hyundai Tucson. This means it will probably get the new GDI petrol engine producing 121kW/203Nm, and potentially the 1.6-litre turbo-petrol developing 130kW/265Nm for the higher-spec variants.

In terms of exterior styling, the Sportage is set to ride on the Tucson platform while wearing a fresh body design. Through the black covering on this prototype you can just make out a new-look front end with LED daytime running lights, and a new grille layout that matches Kia’s current theme.

According to reports, the new model will go for a more up-market character overall, with increased luxury inside and more premium materials and fixtures. For the dash we can expect a large, app-filled touch-screen interface, along with a nicer spread of textures and tones.

The new Sportage will be going up against some very tough competition, including the Mitsubishi Outlander, Ford Kuga, and the Toyota RAV4 veteran, all of which have undergone a refresh in recent times.

A full debut is tipped to take place at the Frankfurt Motor Show in September. Kia will probably release some details shortly beforehand. 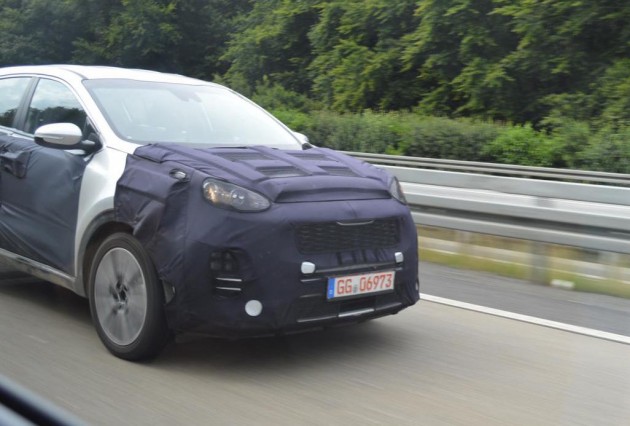