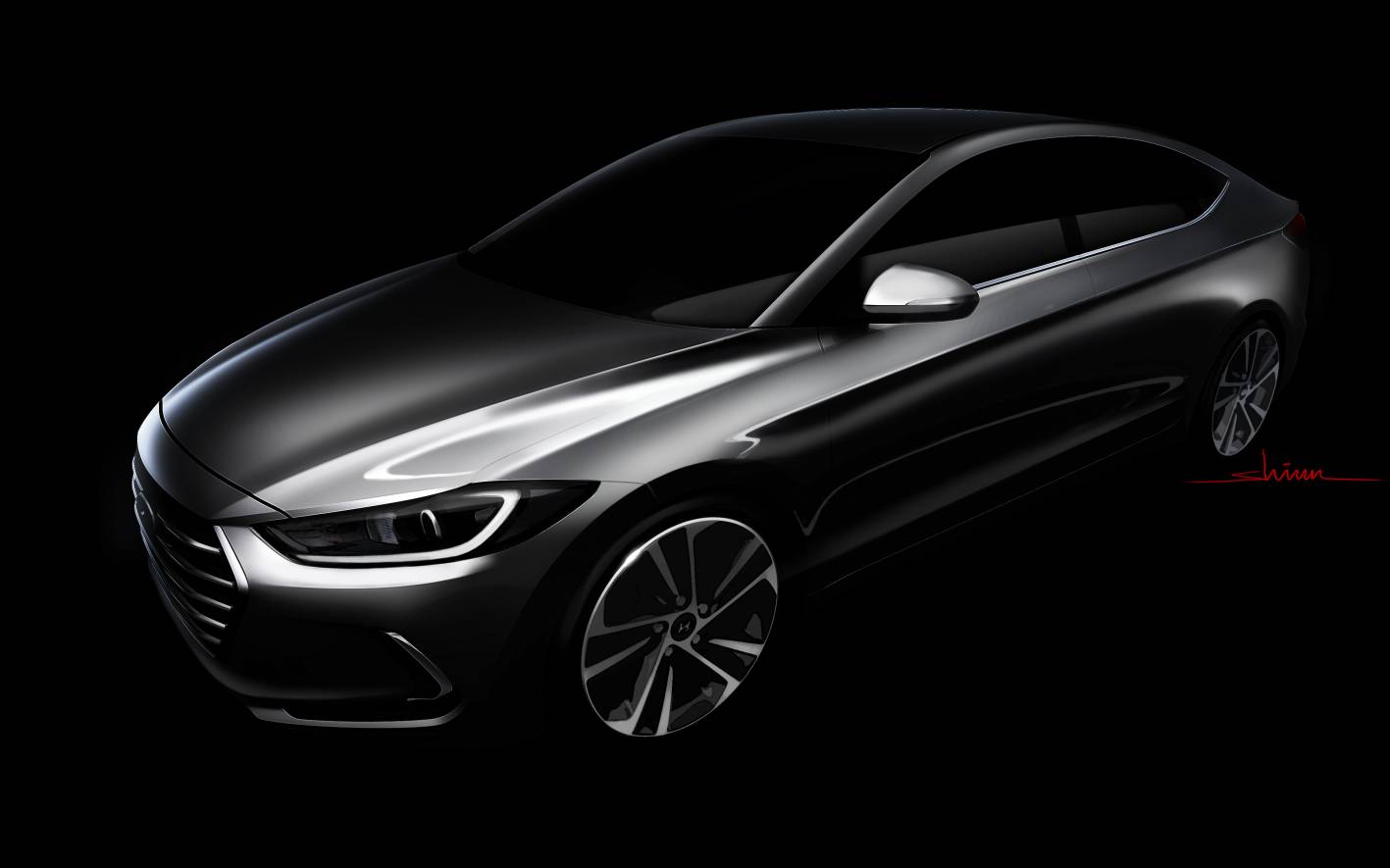 Hyundai is planning to unveil the new 2016-2017 Elantra at the upcoming Los Angeles Auto Show, and has released this preview sketch to stir anticipation. 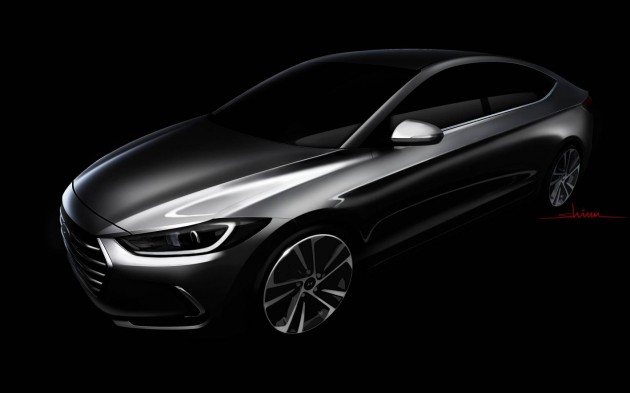 The new Elantra will showcase a sleek new-look design for Hyundai, which was given the approval during a recent consumer study where it ranked ahead of key rivals, Hyundai says.

Speaking about the design, the company’s head designer Peter Schreyer said unique characteristics place it in a class of its own. He said the car indicates “a move from traditional to modern styling by communicating the new model’s comfort, fashion, and sporty feel”.

As you can see in the digital rendering, the 2016 Elantra takes on a sporty coupe layout with curved panel edges, elongated headlights, defining panel lines, and pronounced wheel arches.

No specific details have been revealed at this stage but the new model is likely to adopt Hyundai’s latest range of turbocharged engines at least in the higher grade variants. All is set to be revealed at the LA show, starting November 21.

Hyundai Australia has confirmed the new model will launch locally during 2016. The current-shape generation has been on sale since 2011.