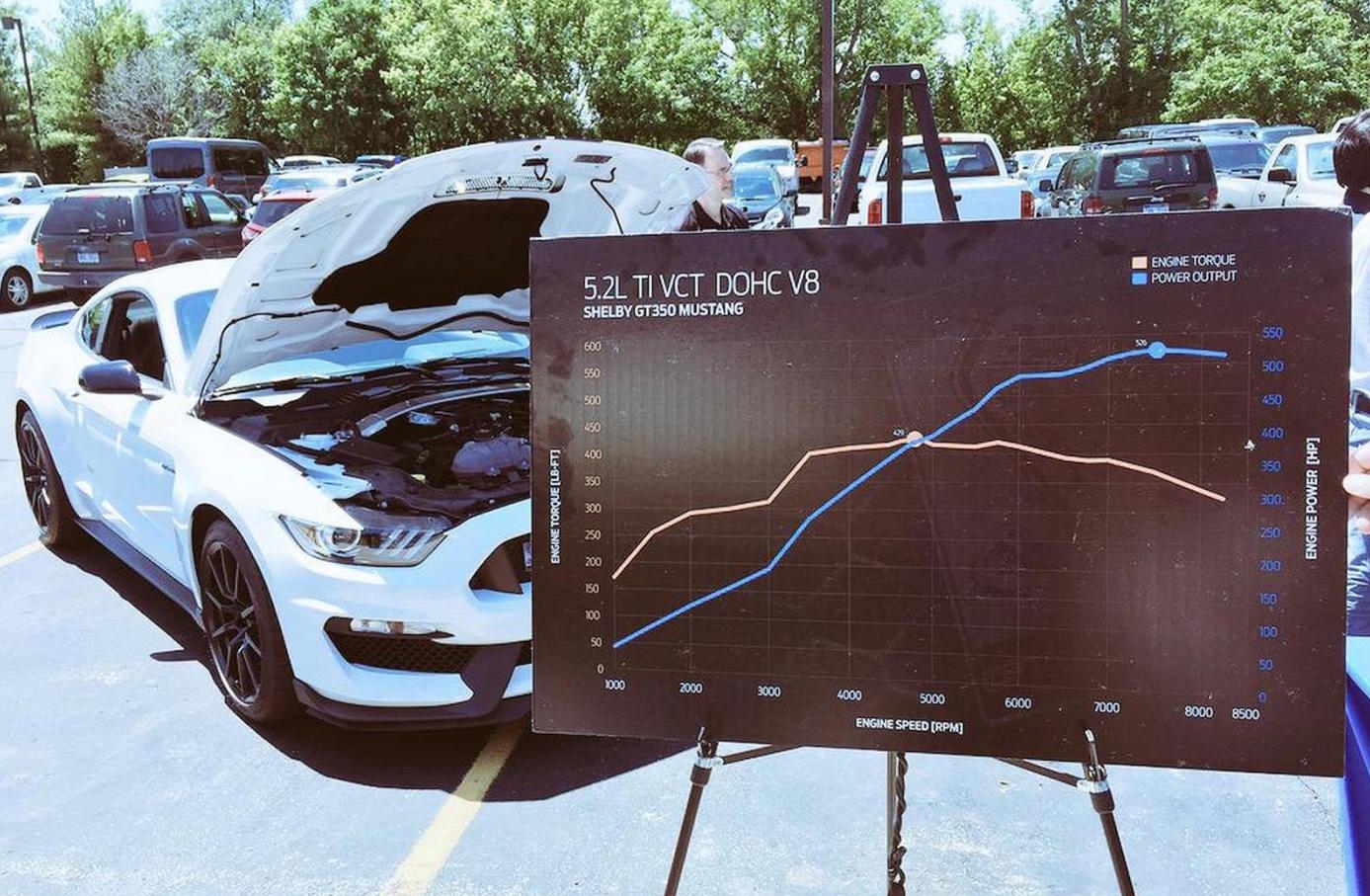 Ford has revealed the specifications of its high-performance 2016 GT350 and GT350R Shelby Mustang muscle cars, and has shown the official dyno chart at a special event in the US. 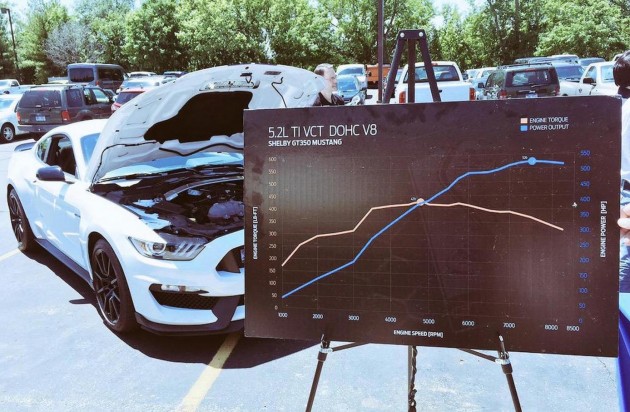 At 392kW and 581Nm , the figure is impressive, but notably less than the 493kW of the old GT500. But don’t be fooled. The new beast is an altogether more sophisticated and more polished machine than the live-axled GT500.

Featuring independent rear suspension and a stiffer, more balanced chassis, it’s a good bet more of those raging horseys will find the asphalt in the new GT350, where they would evaporate into smoke in the old one.

Featuring a new ‘Voodoo’ 5.2-litre V8, with a compression ratio of 12:1, sucking in air through an 87mm throttle body, the GT350 uses a flat-plane crankshaft – normally only seen on Ferraris, AMGs and other exotica – to create a free-revving screamer that tops out at a stratospheric 8250rpm. In a statement, Jamal Hameedi, Ford Performance chief engineer, said:

“The Shelby GT350 program began with a clear objective – create the most balanced, nimble and exhilarating production Mustang yet. Every change we made to this car was driven by the functional requirements of a powerful, responsive powerplant. The high-revving, naturally aspirated 5.2-liter flat-plane V8 delivers on every target we set – high horsepower, broad torque curve, aggressive throttle response and light weight.”

Watch the video to hear the spine-tingling results below, and, like us, keep wondering why this magnificent stallion probably isn’t coming to Australia. An engineering video showing the development of the car is further below.