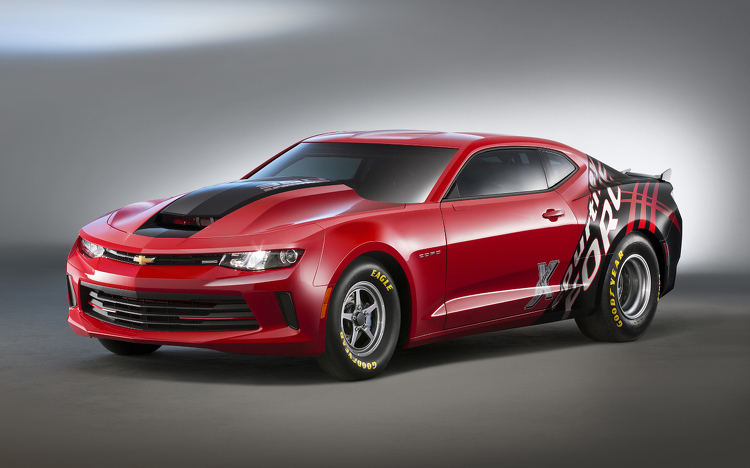 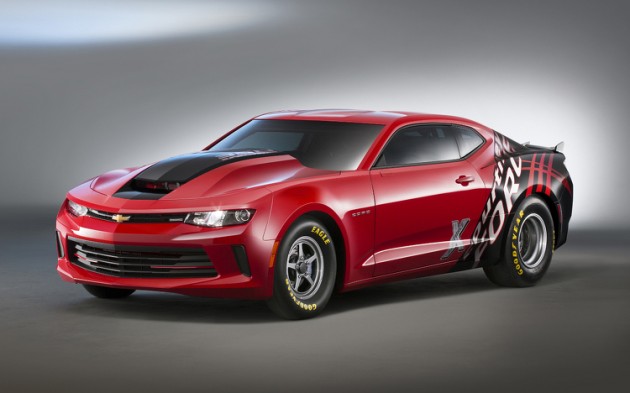 The new model features a revised exterior design in the shape of the new-look 2016 Camaro. At the front are the slimmer headlights and centre grille piece, while around at the back are a set of squarer taillights and a revised bumper bar.

Customers interested in going drag racing can purchase the Camaro COPO and take it straight out onto the strip. It’s designed to meet NHRA Stock and Super Stock Eliminator classes, featuring a chromoly roll cage, five-point harnesses, and a fuel cell.

In the engine compartment there are a range of V8 options to choose from, including a supercharged 5.7-litre V8, 6.2-litre, or even a 7.0-litre V8. The range provides a wide variety of drag racing characteristics for buyers.

Matched to whatever engine is a full-spool differential with 40-spline gun-drilled axles, while adjustable coilover suspension ensures fine-tuning for each track. There’s also high-performance brakes, a beefed up chassis, and wheelie bars at the back.

Chevrolet is planning to build just 69 examples of the 2016 Camaro COPO, with the first edition on display at SEMA to be auctioned off at a Barrett-Jackson event next year with money going to the United Way of America charity. 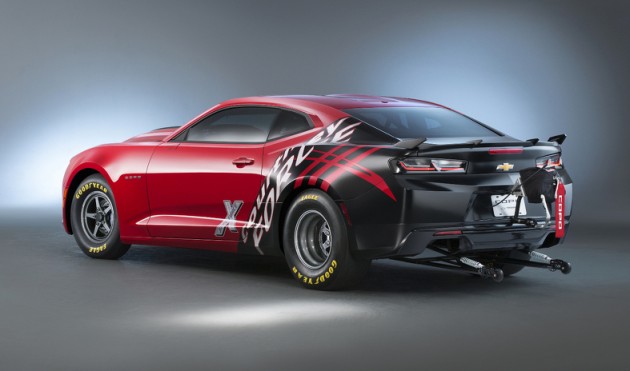