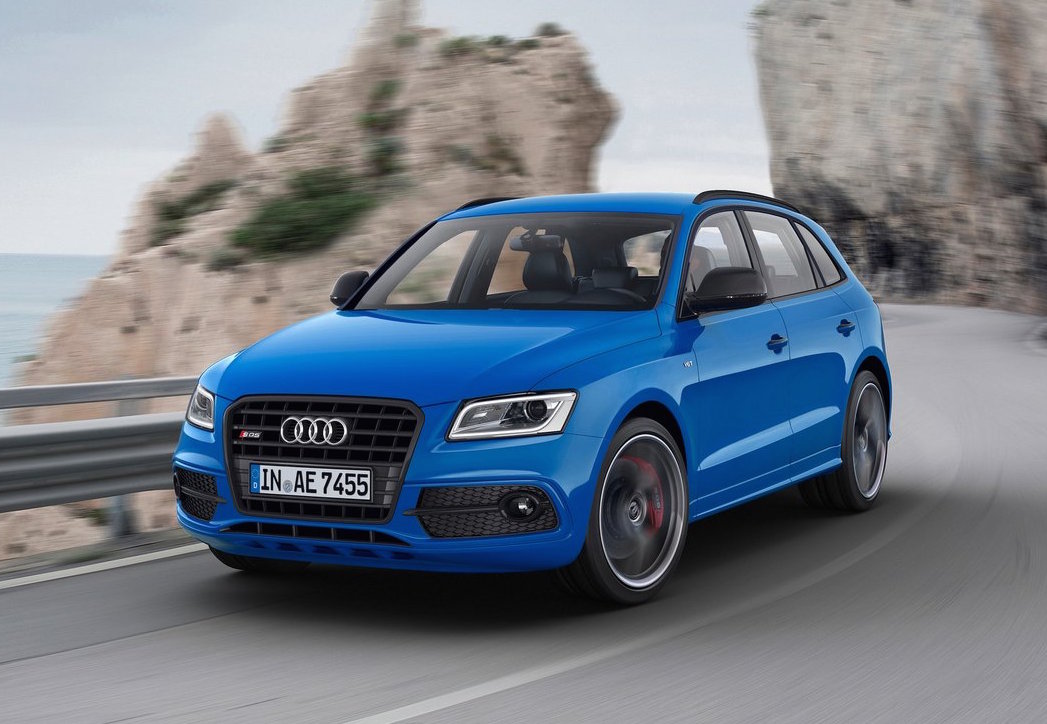 The new Audi SQ5 plus performance SUV has arrived in Australia, bringing more power to the potent diesel off-roader. 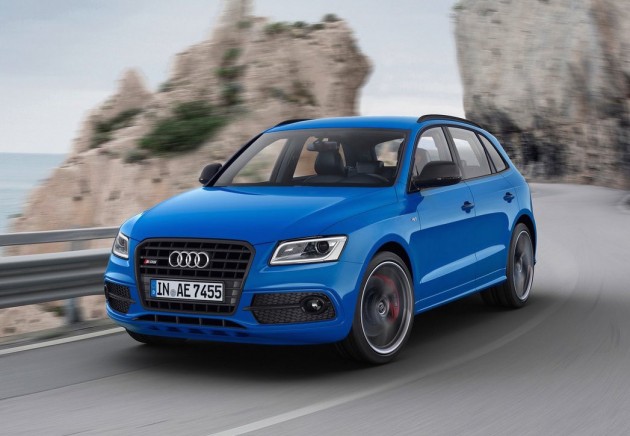 As Audi fans will recognise, any vehicle with “plus” attached to its name usually means many tasty enhancements. This is exactly the case with the SQ5 plus, which was revealed in September last year.

Under the bonnet the 3.0-litre turbo-diesel V6 engine is tweaked to produce a meaty 250kW of power and 700Nm of torque. This immense torque, strangely, doesn’t help to improve its 0-100km/h time, which remains at 5.1 seconds.

Fortunately though, the average fuel consumption rate of 6.8L/100km remains exactly the same as the regular MY15 SQ5 (MY16 SQ5 is rated at 6.6L/100km). This gives it one of the most impressive power-efficiency ratios on the market, at 36.7kW:L/100km.

Not only is the engine tuned, Audi has also given the mid-sizer some unique 20-inch alloy wheels hiding red-painted brakes, and fitted up a bespoke quad-outlet exhaust layout. The taillights also feature a slightly darker tint.

Inside, passengers are treated to carbon fibre trimmings, Nappa leather upholstery with diamond contrast stitching, while the driver gets adaptive cruise control to play with. Autonomous emergency braking is part of the package. 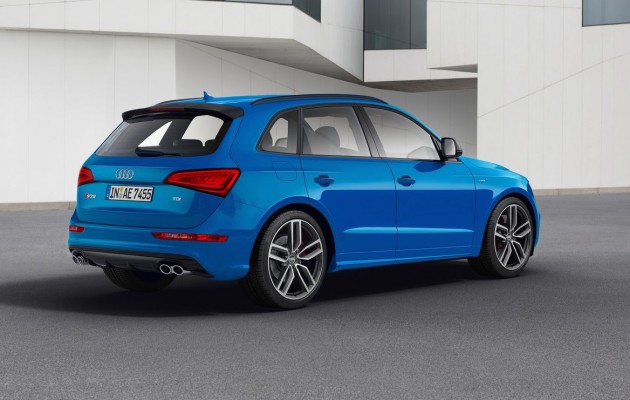 Audi could be using the plus variant as a final tempter to boost sales before the all-new model arrives. As far as we know the all-new Q5, built on Volkswagen Group’s newer MLB ‘Evo’ platform, will debut at the Paris Motor Show in October. Market entry is expected to take place late-2016/early-2017.