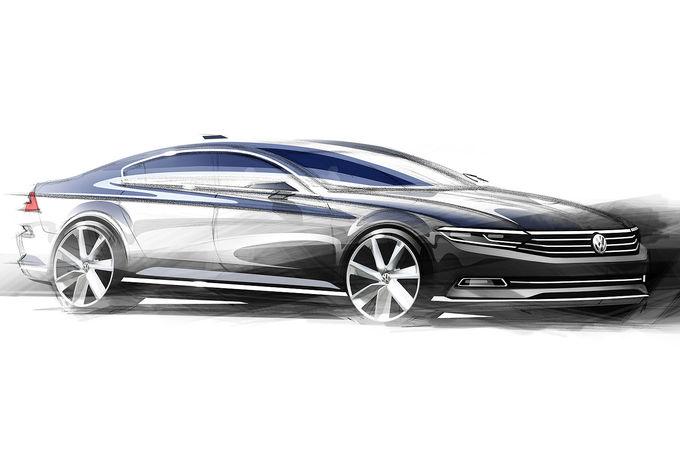 The next-gen 2015 Volkswagen Passat will be revealed on Thursday (Friday AEST), showcasing all-new levels of technology for the popular mid-sizer. Volkswagen is going further than that though, as it wants the new model to step away and above the normal sedan segment. 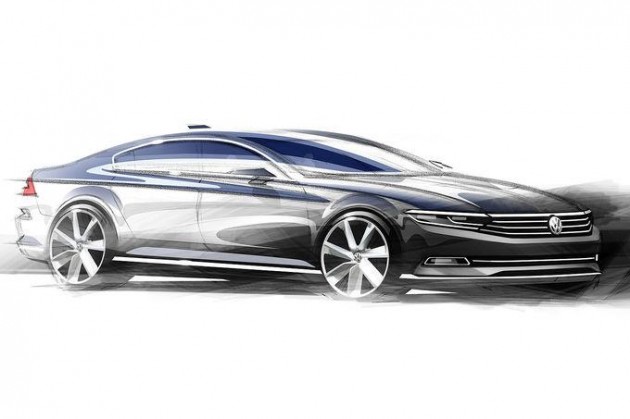 Yep, the new Passat will be more up-market according to reports. The move is set to help further separate the German offering from the competition, especially as lower market rivals are increasingly being filled more and more standard kit.

The company realises that it needs to be careful not to lose its current customer base in propping up the status of the Passat. Since the nameplate was launched in 1973, the company has gone on to sell a whopping 22 million examples.

Like with the latest Mk7 Golf, Volkswagen will be looking to move the benchmark once again. So much so that it could begin to snap at the heels of luxury models such as the BMW 3 Series and Mercedes-Benz C-Class. It’s set to do this with various advanced technologies in the area of safety, efficiency and in-car entertainment.

As previously revealed, the 2015 Passat will come with items such as head-up display, a surround-view camera system, towing assist, and a vastly updated radar-guided cruise control feature. It will also debut a freshly-built 2.0 TDI twin-turbo diesel developing an impressive 176kW.

Stay tuned for all of the official details. The car will be unveiled in Berlin on Thursday.