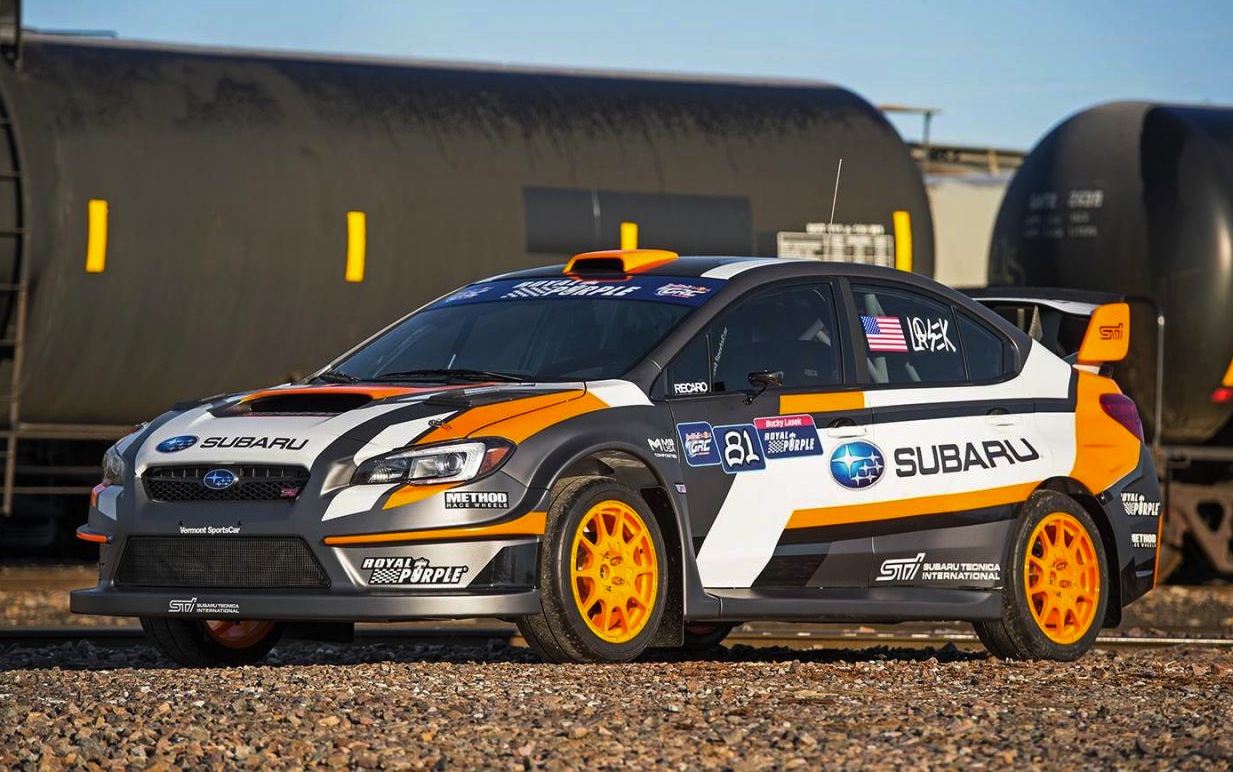 Subaru has revealed its new competition car for the 2015 Rallycross season, bringing with it extra power, advancements in aerodynamics, and lots of ambition to win races. 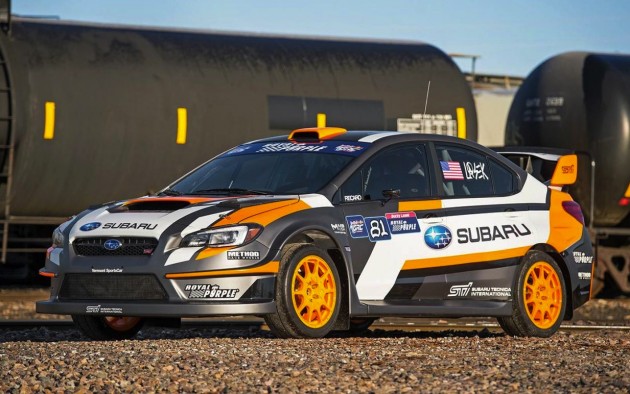 Called the VT15x, this is the third evolution of an STI-based rallycross car built by Vermont SportCar. Wheel-spinning grunt comes from a 433kW 2.0-litre turbocharged Subaru boxer engine, while power is sent to all four wheels via a Sadev six-speed sequential transmission. According to Subaru, the VT15x can shoot from 0-60mph (96.5km/h) in just 2.0 seconds.

Last season, Subaru Rally Team USA claimed five GRC podium finishes, including a silver medal at the X Games and an outright victory at the GRC Seattle round. Both Bucky Lasek and Sverre Isachsen will pilot the 2015 factory race team once again, with Travis Pastrana joining in at the X Games and select rounds. Rob Weir, Subaru Motorsports marketing manager, said,

“STI is increasing their support of our U.S. based efforts in rallycross. Their expertise and development resources will take our program to an even more competitive level. Confidence is high within the Subaru camp that we have a winning package of driver talent driving faster cars for this season. Our goal in 2014 was getting to the front row of every final and being on the podium. This year, our only goal is winning.”

The 2015 Rallycross season kicks off at the Red Bull Global Rallycross on May 31 in Lauderdale, Florida.