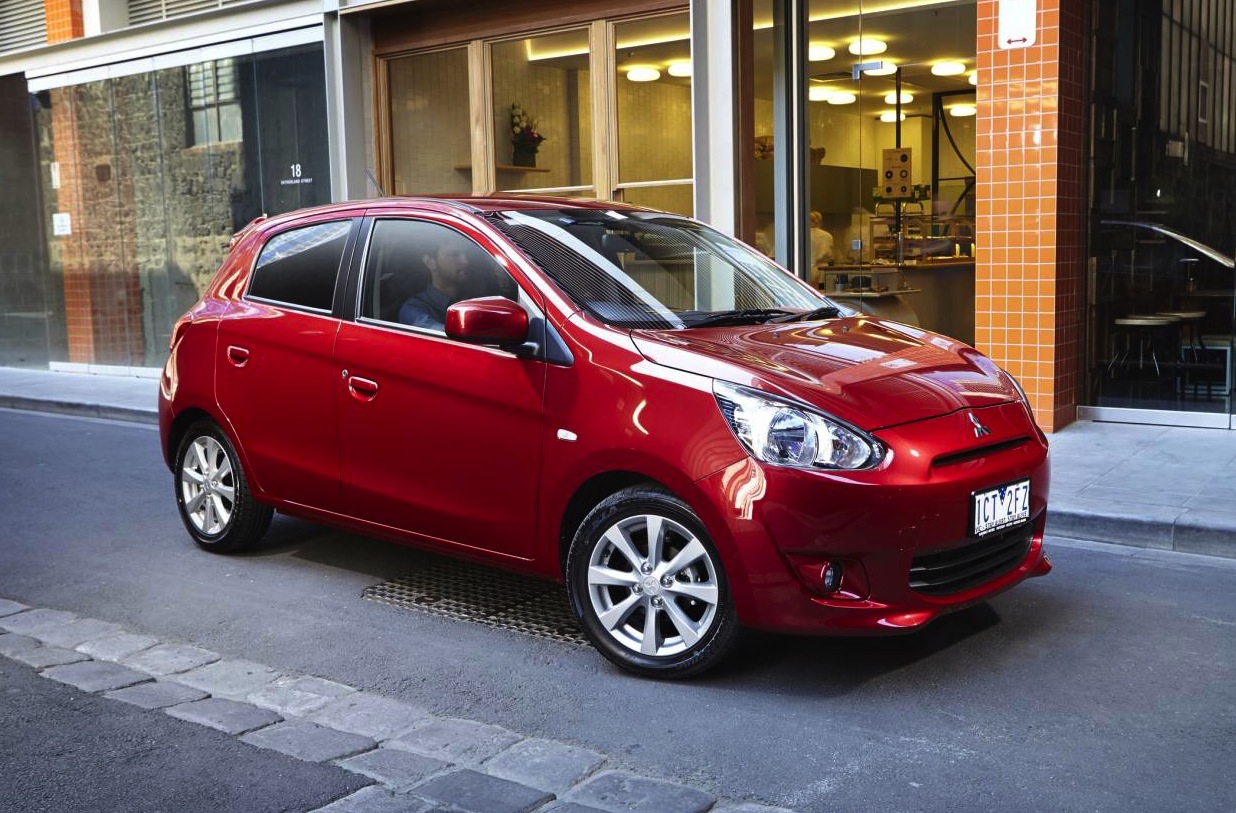 Mitsubishi Motors has just announced a new entry price for the 2015 Mirage, with the ES model now starting from $11,490. The new entry price makes the Mirage one of the most affordable new cars in Australia. 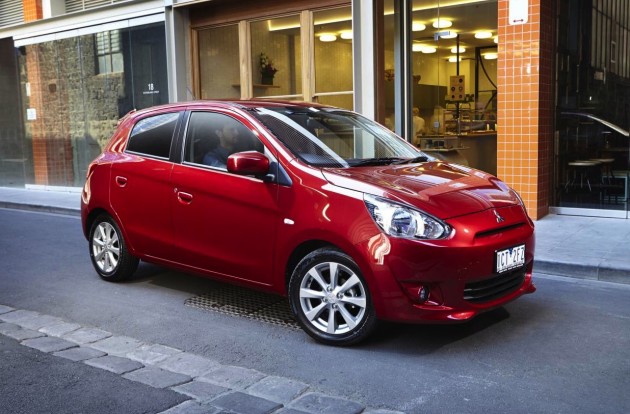 Two models form the lineup; ES from $11,490, and LS from $12,990. Both come standard with five-speed manual transmission, or buyers can choose to option up to CVT automatic for $2000 extra.

The new pricing structure sees $1500 drop off the price of the ES, and $2000 from the LS for both manual and CVT models when compared with 2014 pricing.

Mitsubishi has worked on improving NVH levels for improved cabin acoustics, with additional sound insulation added to the front and rear floors, A pillars, as well as behind the dash and front cowl. 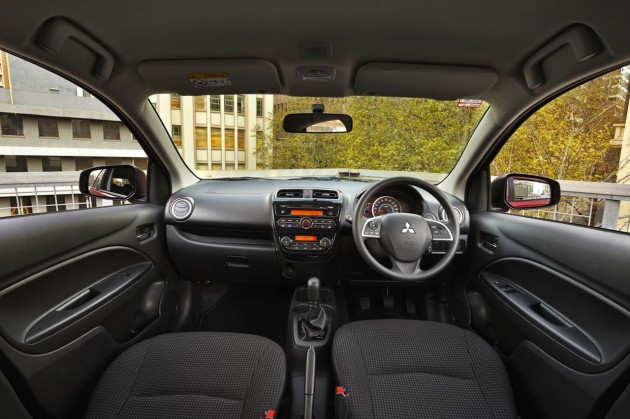 Power from the 1.2-litre three-cylinder engine remains the same at 57kW and 100Nm. The engine does however benefit from new “hydraulic insulator and high rigidity” engine mounts which are said to reduce noise and vibration levels. The transmission also receives a new lightweight mounting bracket.

The 2015 Mirage is available in six colours; White; Mulberry; Cyber Blue; Red Planet; Black; and Pop Green. All colours except for White are an additional $495 for premium paint.

Safety-wise the Mirage boasts a five-star ANCAP rating, scoring 34.07 points from a possible 37. Together with the low price, this makes the 2015 Mirage one of the cheapest new cars to offer a five-star rating.

“With cruise control and privacy glass now standard on LS, new interior trim and NVH improvements across the range, the 2015 Mirage hatch is now even better value.”

The 2015 Mitsubishi Mirage goes on sale from October 1.