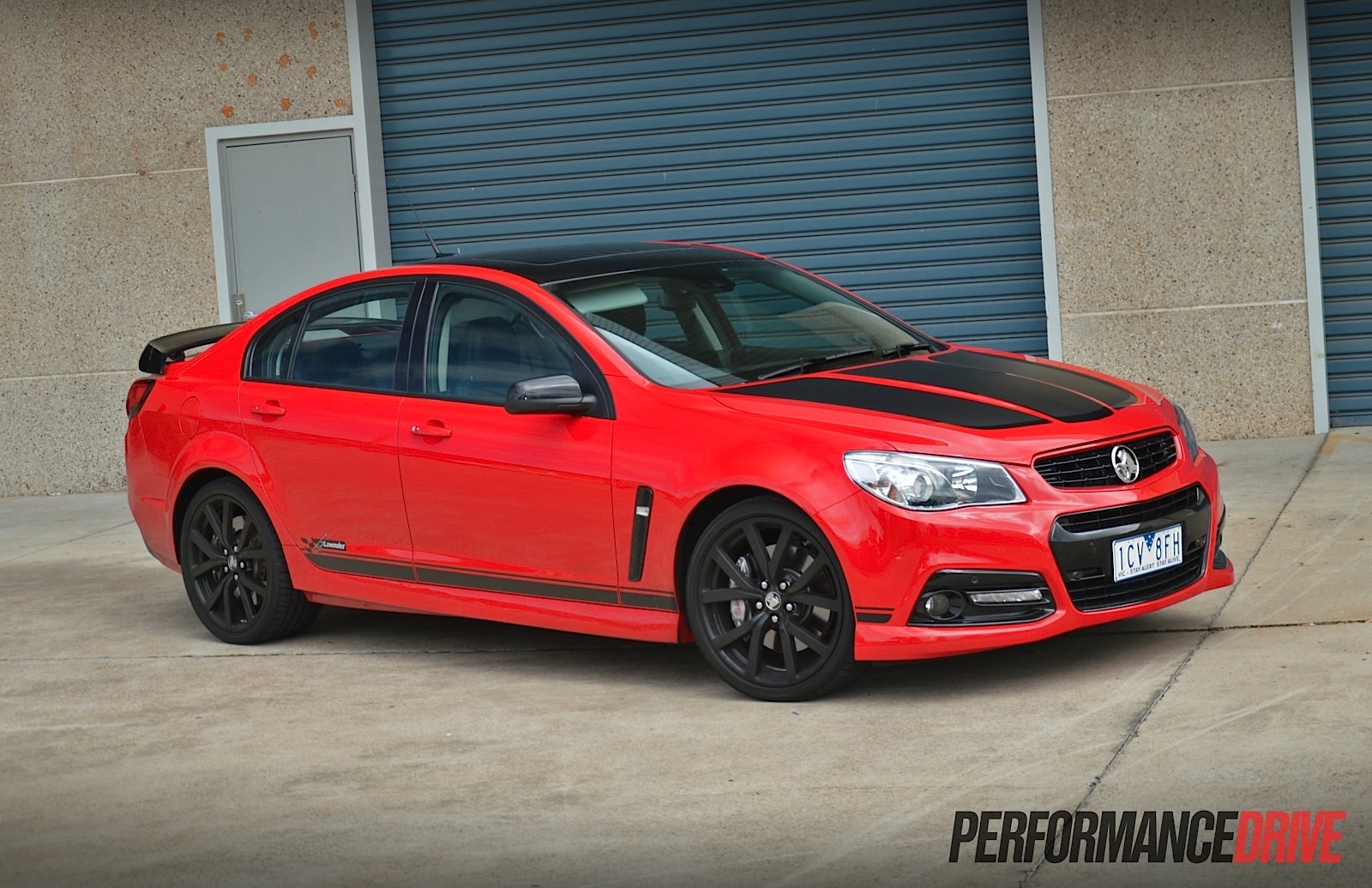 Do you ever look around in the classifieds for cars just for fun without actually intending to buy one? If you do, like us, you’ll notice every now and then a rare classic pops up which is accompanied by an eye-opening price tag. We get the feeling the 2015 Holden VF Commodore SS V Redline Craig Lowndes Special Edition will be one of those classics in the future. 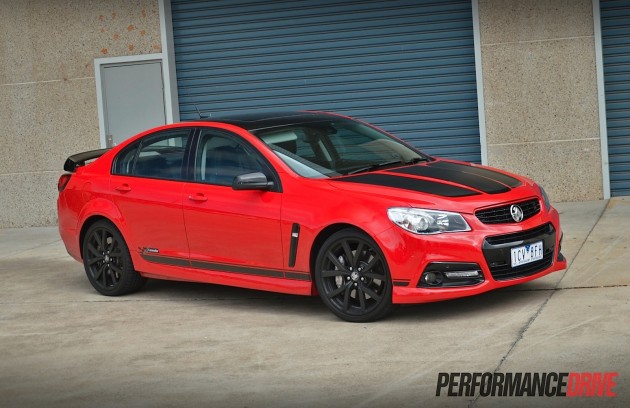 Okay, so it’s got one of the longest names in the history of the automobile. But, that aside, we could be looking at a highly collectable future classic here. It’s the end of an era for Holden and Australian car manufacturing, and this car is part of the breed that will be the last. That alone is enough of a reason to think about buying one.

Another reason could simply be because it is the MY2015 Commodore SS V Redline, also known as the highest performance Commodore you can buy from Holden. It comes with a number of updates that help make it more engaging to drive, more complete, and a better value proposition than ever before.

Prices for the MY15 SS V Redline start at $52,490, which is an incredible bargain in the scheme of things. As for Craig’s special edition, it commands a $5500 premium ($57,990). But don’t worry, you’ll probably make up the difference in the future if you eventually part ways with it. We’re testing the automatic version, priced from $60,190. 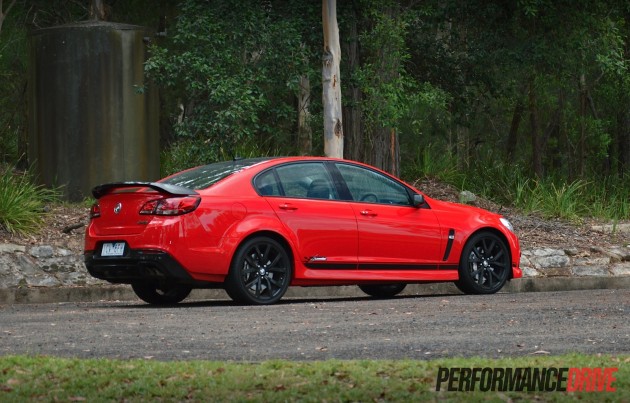 There isn’t much point talking about the Craig Lowndes edition, specifically, as it is being made in very limited numbers. In fact, you probably can’t even buy one anymore. Just 233 are being made and the last we heard around 150 were pre-sold before it actually hit the showroom. Fortunately, the MY2015 Commodore SS V Redline does come with plenty of tasty highlights and updates itself, and is very similar to this.

Specific to the special edition, you get 20-inch black alloy wheels, unique black decals on the bonnet with ‘6.0-litre V8’ inscriptions, black decals down the sides with Lowndes’s signature, a black roof, and a big black spoiler on the boot lid. Aside from these cosmetic highlights, it’s pretty much an MY15 Commodore SS V Redline.

Holden made some refinements to the Commodore range for the model update, with the Redline getting paddle shifters for the first time, new 19-inch black alloy wheels, and a black valance/diffuser section at the back. All models also get revised steering for a firmer on-centre feel, with two settings (Sport and Competitive) altered for the Redline.

The Commodore is still one of the biggest sedans you can buy in Australia at the moment, offering plenty of cabin space for front and rear passengers. In the Craig Lowndes edition it’s no different. Passengers get big comfy and chunky sports seats too, partial leather and grippy Alcantara, and an electric sunroof to play with.

Sitting in the centre of the dash is Holden’s MyLink touch-screen interface. It comes with various apps including internet-based Pandora and Stitcher. The interface itself is relatively simple to use, with big clear buttons and reasonably sharp graphics. Some of the menus can seem a little clunky though, particularly when browsing through radio stations.

In terms of safety tech, there have been some improvements made to the software of the rear-view camera with the introduction of curved guidance lines. All variants get blind-spot monitoring, lane-change assist, forward-collision alert, and automatic steering for parking. MY2015 models also get ISOFIX child seat anchorage points. 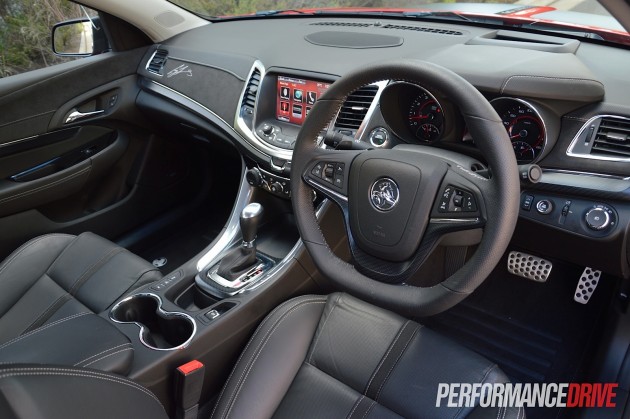 The VF SS has to be one of the friendliest muscle cars to drive. It’s relaxing and easy to navigate, even in tight city streets, and the power of the V8 works in a progressive yet manageable way. All of the controls, such as the steering and brakes, are just as simple to use as those in the regular Commodore V6; this is not some high-compromise overly-focused sports sedan.

But if you’re buying the SS V Redline, chances are, you want to experience and enjoy serious V8 performance. Maximum power is impressive, at 260kW, however, it’s been virtually the same output for around 10 years in the SS (actually less than the 270kW automatic 2006 model). That might not be good enough for the hardcore fans. We think Holden could have at least added in another 5-10kW for the VF simply to separate it from its predecessors.

The torque level is strong but it doesn’t peak until 4400rpm. Again, we think the engine needs fine-tuning and recalibration to maximise the sheer combustion capacity. Considering the motor only revs to around 6000rpm before redline, there is a pretty small window of prime performance on offer.

Not helping this is the six-speed auto, which has also been around for some time. It could really do with more ratios to divide up the power and torque, as the SS can feel a bit tired, especially galloping up a nice mountain road. Up a tight road you rely on only second gear instead of enjoying punching through a number of snappier gears. Fortunately, this can be resolved (mostly) by opting for the six-speed manual.

Paddle shifters are a welcome addition though. They really improve the excitement of the drive, blipping downshifts like a V8 Supercar. Upshifts are still a little slow and slur into the next gear, but overall the fun-factor is convincingly enhanced with the paddles.

Body composure and handling has always been a confident point for the VF. It rails around corners with little body roll, and the rear end traction is surprisingly planted. Staggered tyre sizes front and rear help to transfer the V8 grunt onto the tarmac, and the suspension walks that fine line of being not too stiff to upset the ride and not bouncy or cushy to unsettle its dedication. It’s a great balance of sportiness with plenty of give for Australia’s tough conditions. In our opinion, it out-handles the Ford Falcon rival and the Chrysler 300 SRT-8 by a considerable sum. 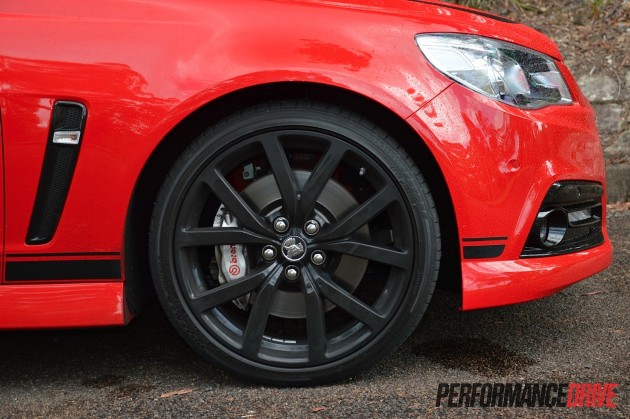 As mentioned, it will be hard to secure an example of the Craig Lowndes edition given the limited production, but the MY2015 SS V Redline remains a worthy proposition in this shrinking market space. We think the VF SS is the best option you can get for the money, with the MY2015 being the best version yet. It’s going to be a sad day when it goes out of production.

Holden says that around 37 per cent of VF Commodore buyers opt for the V8, which means there is still a lot of demand for V8 power. The problem is, the demand for an entry-level large sedan is dissolving. We say if you have the slightest interest in grabbing a slice of this market and Australian-made goodness, now is the time to do it. 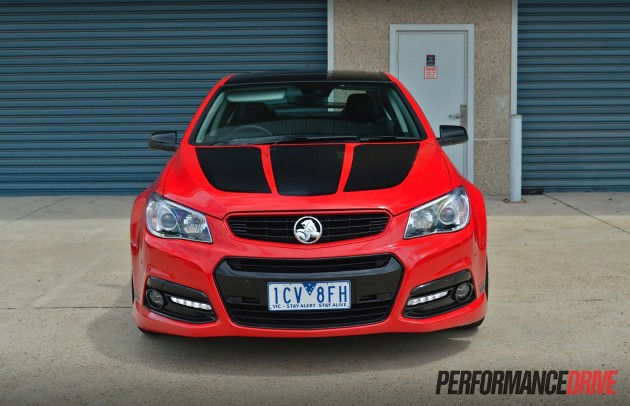