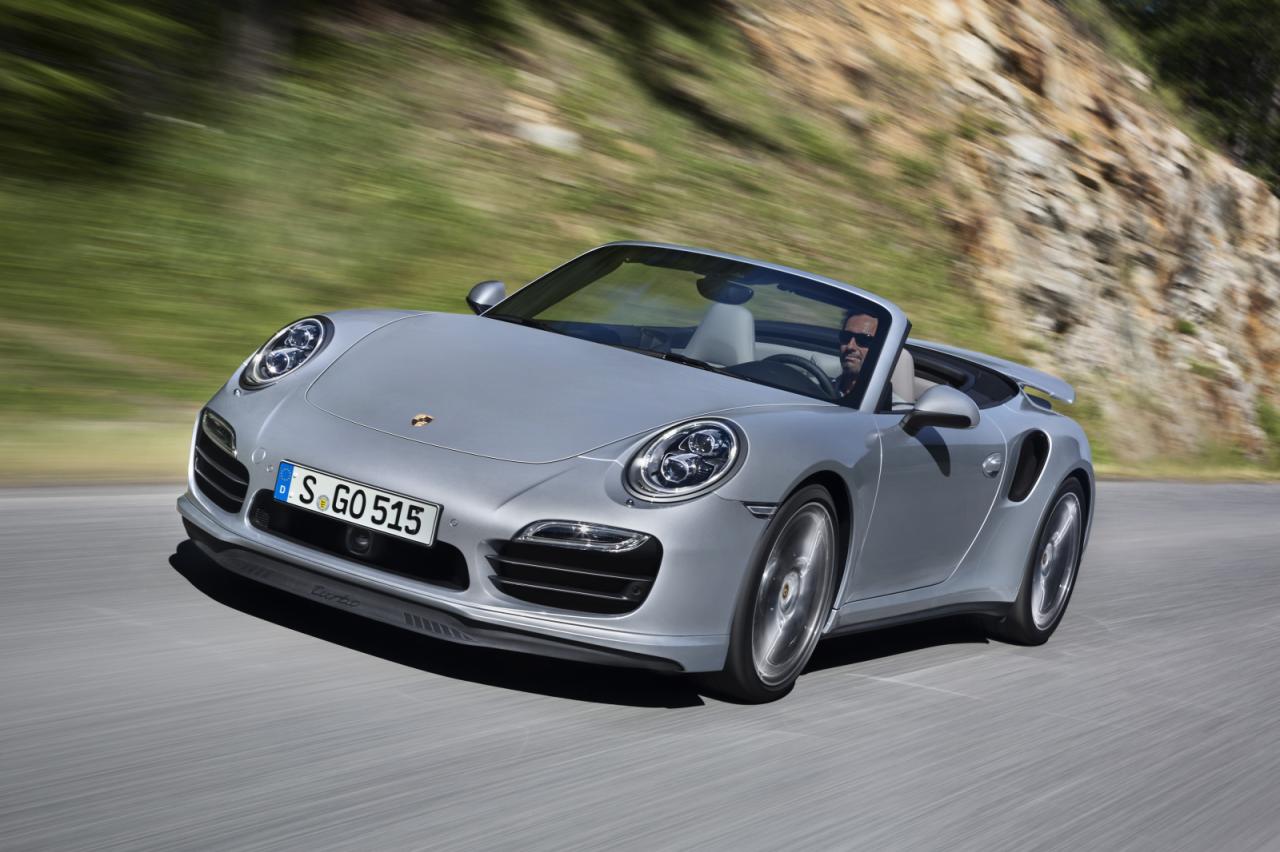 Even though the new 2014 Porsche 911 Turbo (type 991) has already been revealed, images and details of the Turbo and Turbo S Cabriolet have been revealed for the first time ahead of the car’s debut at the Los Angeles Auto Show in November. 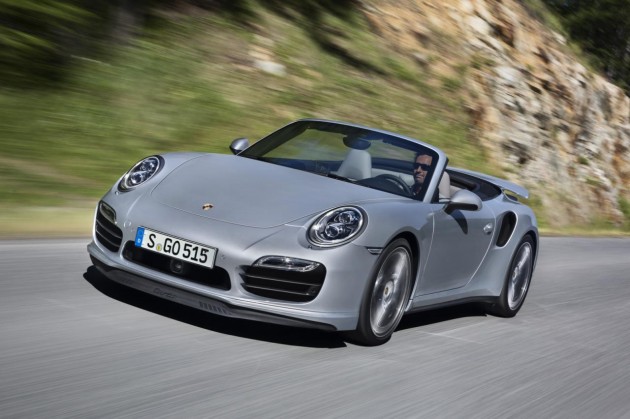 Featuring the same 3.8-litre twin-turbo flat-six engine as seen in the coupe, the Turbo produces 383kW of power while the Turbo S packs 412kW. Flat-out acceleration will see the Turbo Cabriolet cover 0-100km/h in 3.3 seconds and just 3.1 seconds for the Turbo S. This makes it 0.2 seconds quicker than the previous model.

Both versions come with a seven-speed dual-clutch auto transmission as standard, linked up to a sophisticated all-wheel drive system. Like the new GT3 and the Turbo Coupe, the cabriolet comes with Porsche’s advanced rear-wheel steering technology for ultimate agility and handling. 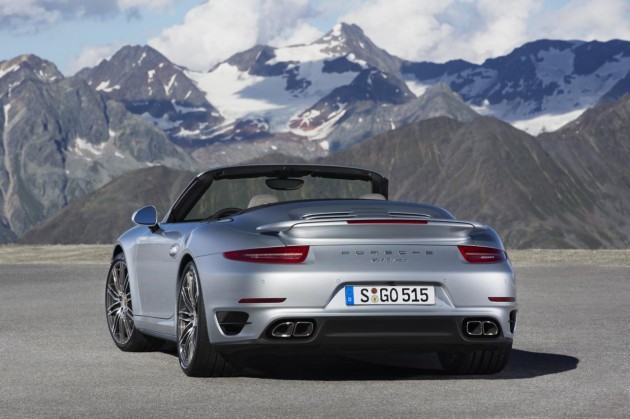 As for the roof, it’s a fabric unit using a lightweight magnesium frame mechanism which has been designed to provide a curvy roofline to maintain the profile of its coupe brother. The electrically operated unit can be lifted or closed while on the go, at speeds up to 48km/h.

Being the flagship 911, the Turbo comes packed with luxury on the inside. There are electronically adjustable leather sports seats, power everything, climate control, and a comprehensive multimedia interface with satellite navigation. The interface includes for the first time a premium Bose sound system as standard.