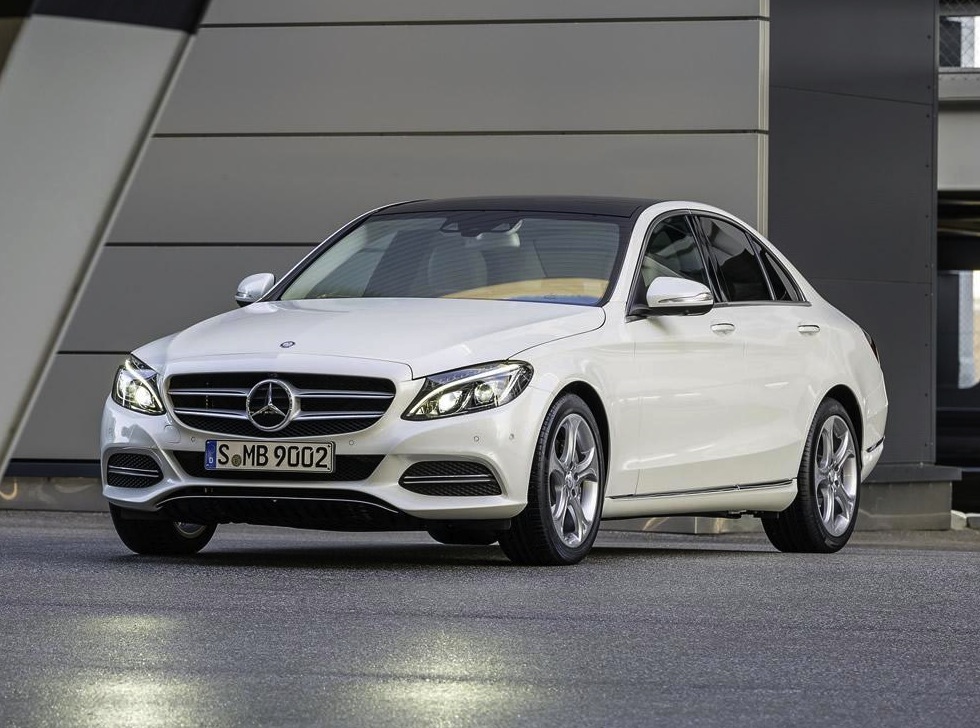 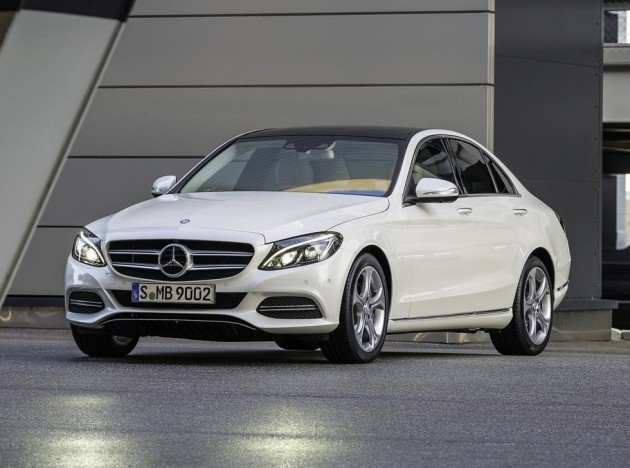 Starting with the design, the new C-Class borrows the smoother design language which is being applied to the company’s latest models, such as the new E-Class. The panel edges are more rounded and the headlights and taillights are perkier for better aerodynamics. In fact, the C 220 BlueTEC ECO variant offers a coefficient drag of just 0.24.

The updated styling not only looks the part, the body has been developed as a ‘hybrid aluminium’ setup which saves around 70kg over a conventional steel layout. It’s also more rigid and quieter thanks to various noise and vibration cancellation characteristics. Overall, the C-Class is around 100kg lighter than the outgoing model. 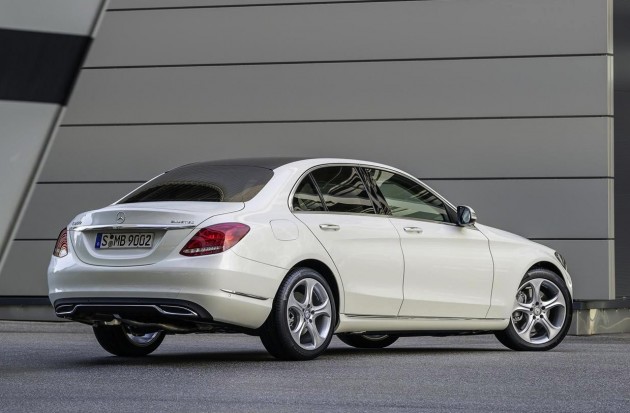 Open the door and you’ll find a completely updated interior. Mercedes-Benz says there has been considerable effort applied to using high-class materials to make up the cabin, usually only seen on higher end luxury cars.

The dash features the company’s latest trend of round-style air vents, a large one-piece centre console which sweeps down from the top of the dash fascia, while at the top of the dash sits a 7.0-inch multimedia interface or an optional 8.4-inch unit. 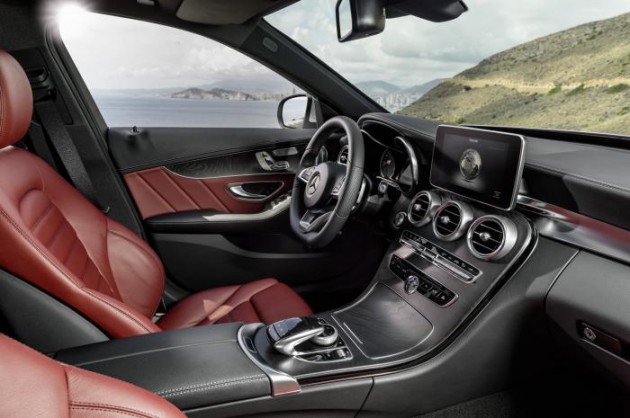 Under the bonnet, Mercedes-Benz has revealed details on three powertrain options that will become available. These include the C 220 BlueTEC, the C 180, and the C 200.

Other variants will join the lineup down the track, including a 175kW petrol, and a C 300 BlueTEC hybrid diesel with 150kW. For the ultra fuel conscious, an entry-level 1.6 diesel will join the ranks too, with 85kW. Details on the monster AMG version are yet to be announced. 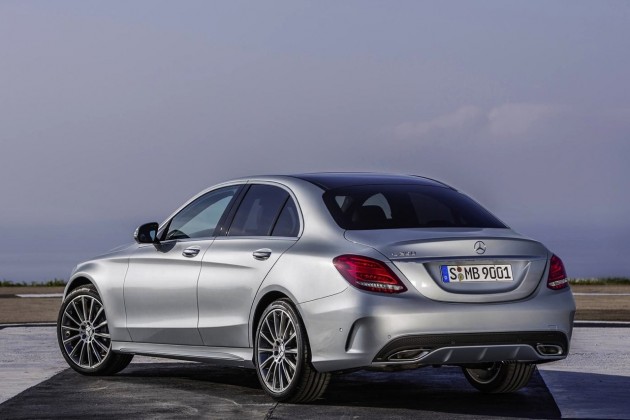 To enhance the C-Class’s handling and ride, new suspension has been developed, with a four-link front setup and a multi-link arrangement at the back. Mercedes says the revised setup is now more responsive to steering movements and offers sportier, agile dynamics. AIRMATIC air suspension will be available for the first time in this segment, while the standard steel setup will feature adaptive dampers with three driving modes.

As for the technology, Mercedes-Benz is reinforcing its ‘Intelligent Drive’ package for the C-Class. It incorporates almost all of the new assistance systems developed by the company, including Attention Assist to reduce driver drowsiness, Collision Prevention Assist Plus which is capable of automatically braking the car at speeds up to 200km/h, and Active Parking Assist and Traffic Sign Assist.

Other safety features include Distronic Plus radar cruise control with Steering Assist, as well as a new system called Stop Go Pilot which is able to offer semi-automatic driving during traffic jam conditions, braking and accelerating the car at speeds below 60km/h.

The new model is now on sale in some European markets and is expected to arrive in Australia next year. Prices and model grades for the local market are yet to be announced.